A missing 73 year-old man from Scarborough featured in NYP and NYE appeals has been found safe and well.

Police are searching for a man wanted in connection with an assault. Lewis Young, 19, from York, is also facing a recall to prison. 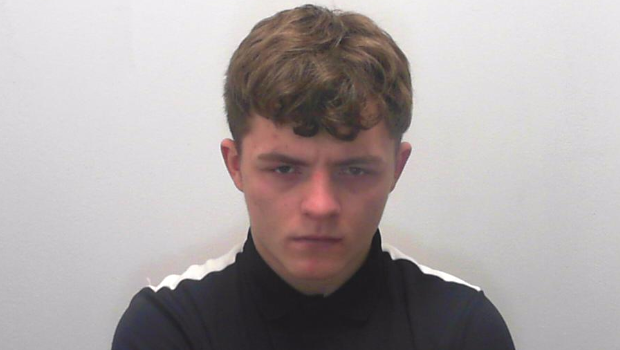 Anyone who has seen him or has information about his whereabouts should contact North Yorkshire Police on 101, select Option 1 to speak to our Force Control Room and quote reference 12220109839.

Police are appealing for witnesses after a man was seriously injured during a disturbance outside a Whitby takeaway.

In the early hours of 18 June 2022, at about 1am, there was a disturbance on Windsor Terrace in Whitby. A man suffered life-changing injuries as a result of being assaulted.

NYP have arrested five men in connection with the incident. They have since been released on bail while enquiries continue.

Officers are appealing for any witnesses to the incident to get in touch. Please email phil.freebrey@northyorkshire.police.uk, or phone 101, select Option 2 and ask for DC 1438 Philip Freebrey at Scarborough CID.

Police are appealing for witnesses and information after Whitby Bus Station was vandalised.

The incident took place between 5pm and 6pm on Friday 1 July 2022 when a man caused damage and spray painted offensive language.

The man is described as dressed all in black, wearing a hat and carrying a shopping bag.

If you can help, please email Tommy.Brown1@northyorkshire.police.uk, or contact NYP on 101.

On Wednesday, two large Royal Pythons were found inside a public litter bin in Scarborough, and on Thursday, a third Royal Python was found in a grassy area nearby.

North Yorkshire Police are working alongside the RSPCA, and would like to speak to anyone who may know the snakes’ owner, or the circumstances leading up to them being left.

“It is very concerning that three large non-native snakes appear to have been abandoned with no consideration for their welfare. I’d like to speak to anyone who has any information that could assist our enquiries.”

Police arrested a 28-year-old Middlesbrough man in in the West Cliff Car Park on Royal Crescent, Whitby during the early hours of Tuesday the 28th of June 2022 on suspicion of a series of motorcycle, scooter, car and van theft incidents. He is also under investigation for going equipped for theft after officers found bolt cutters in a rucksack, possession of an offensive weapon in the form of knuckledusters, and possession of a Class C drug.

This followed multiple reports to Whitby Police of suspicious activity and vehicle theft incidents in the town, including:

Following questioning, the man has been released on conditional bail.

Witnesses or anyone with information that could assist the investigation are urged to call North Yorkshire Police on 101, select Option 1, and speak to the Force Control Room.

Barry McGrath, aged 44, from Scarborough but of no fixed address, and Robert Mark Power, aged 41, of Albemarle Crescent, Scarborough, appeared at York Magistrates’ Court on Wednesday the 6th of July charged with robbery and committing actual bodily harm in Scarborough. They did not enter pleas at the court hearing and were remanded into custody to appear at York Crown Court on 1 August 2022 at 10am.

Police found a local man in his late 30s, who had been attacked and said his phone, cash and earring had been taken Albemarle Crescent at around 5.30pm on Monday 4 July 2022.

A 38-year-old woman was also later arrested in connection with the investigation. She has been released on conditional police bail while enquiries continue.

Man jailed for six years for sexual offences against children

Mark Anthony Wilson aged 35 pleaded guilty to 27 offences against nine victims aged between seven and 19 at York Magistrates’ Court. He was jailed for six years and eight months for sexual offences against children and teenagers who he targeted through social media.

Between 2018 and 2020 he targeted vulnerable children and young adults across the UK, asking for intimate, sexual photographs and video, threatening to expose them and their families if they did not give into his sickening requests.

In some cases, he carried out those threats to the unimaginable distress of his victims who were frightened, humiliated and degraded by him when he published their images online or to other people.

In one incident, Wilson sent the mother of one his victims, a video of her naked teenage son. In another, officers recovered images and video of a seven-year-old boy’s genitals sent during a series of 206 messages and Facetime calls between Wilson and the victim.

And in another, officers found explicitly sexual images of an eight-year-old girl and 1,149 messages between Wilson and the victim, many of them graphically sexual in nature.

He also sent racially offensive, abusive and sexual messages to a 16-year-old girl, threatening to post videos on YouTube claiming her father had raped her. He received an uplift of nine months to his sentence for the racially aggravated aspect of this offence. Wilson was also issued with an indefinite sexual harm prevention order.

“The defendant has committed multiple malicious and sexual offences against children online between 2018 and 2020, causing them great distress. They must have been terrified at the thought of him carrying out his threats.

Despite being arrested, he continued to commit offences while on bail, his offending increasing in severity over time. He was prolific in his targeting of children and has shown no remorse for what he did.

I’d like to thank those children and young people who were brave enough to come forward and give a statement to the police. I would urge anyone else to do the same if they are victim of any type of sexual offence.”

If you are concerned about your own thoughts, feelings and behaviour towards children, you can get help and support from the Lucy Faithfull Foundation. Find out more about their Stop It Now campaign here Stop It Now! UK and Ireland | Preventing child sexual abuse.

He was placed on the Register of Sex Offenders for five years, made subject of a Sexual Harm Prevention Order, must complete 30 rehabilitation days with Safer Lives and do 150 hours of unpaid work and given an 18 month community order.

Groom was suspended from duty following his arrest on the 16th of December 2021. He resigned from NYP prior to his first court appearance on 18 May. An Accelerated Misconduct Hearing (AMH) will now be considered by the Chief Constable and the Professional Standards Department.

“North Yorkshire Police demands the highest level of integrity from our officers and staff.

This is essential to ensure the communities we are proud to serve have complete trust in their police service.

The abhorrent and criminal actions of Groom have betrayed that public trust and he has betrayed North Yorkshire Police.”