I write with what I hope will be the last item on the Boobgate saga to be printed in the North Yorks Enquirer.

In my last article on the “Boobgate” scandal concerning Assistant Chief Constable Rebecca Sutcliffe of Greater Manchester Police (GMP), who exposed one of her boobs while at an official functions whilst simultaneously committing a number of other acts of misconduct which were in fact much more serious, I stated:

“Being a firm believer in leadership by example, it is very difficult for me to avoid the conclusion that ACC Sutcliffe is untrustworthy for access to confidential information and consequently cannot now work as a Chief Police Officer, or indeed in any capacity in the police service where she routinely deals with highly classified sensitive information and intelligence reports.”

It appears that someone in the GMP agrees with me, because according to press reports, ACC Sutcliffe whilst retaining her job and rank has been allocated away from serious crime and counter terrorism, to a less demanding role on secondment to Oldham Council. ACC Sutcliffe will be working on a project to encourage police and other public bodies to work more closely together.

The obvious implication of this is that the good tax payers of Manchester will be paying ACC Sutcliffe an Assistant Chief Constable’s Salary to perform duties normally allocated to a much more junior officer.  In short, instead of dismissing her from the force, ACC Sutcliffe has been protected, the GMP have been saddled with a lame duck Chief Officer and the taxpayer is footing the extra salary costs. Worse than that, the Serious Crime and Counter Terrorism brief at the GMP is no longer covered by a specialist Chief Officer. 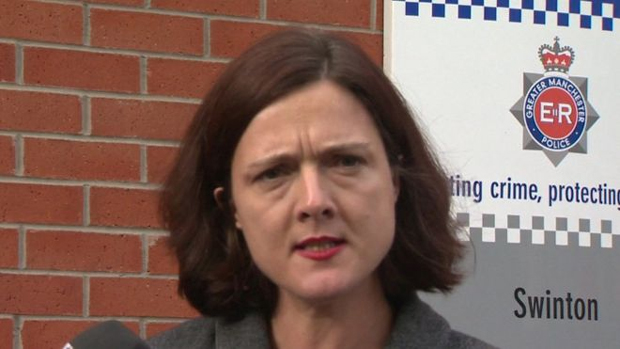 On a related issue of editorial policy, during the course of the articles on this topic, the NYE published two photographs of women showing their boobs.  This was to openly illustrate the issues raised by article. The first photograph was of a topless female demonstrator being forcefully arrested by the Metropolitan Police in a public place for this conduct, to make the point that it was an offence.  The second one was of a Mexican Police Officer who also flashed her boobs on duty and was forced to resign from the force, demonstrating that the conduct ACC Sutcliffe indulged in with impunity in the GMP, was unacceptable in other police forces for a Constable.

There was some debate within the NYE as to whether or not to show the picture of the Mexican officer with boobs obscured, or alternatively to show the full uncensored picture in the article. 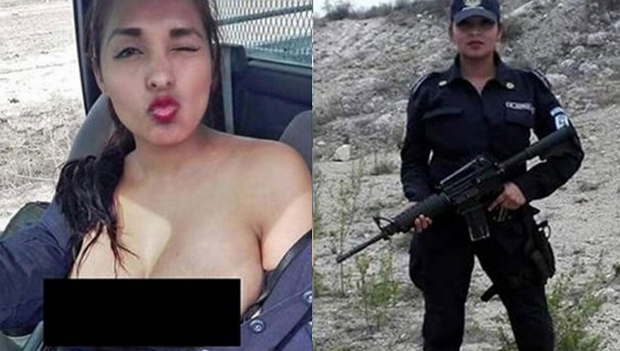 In the end, no doubt taking the view that the readers of the North Yorks Enquirer are mature individuals that are not easily shocked, or of a weak or nervous disposition, the editor opted to show the uncensored version.

I agree with the NYE’s decision on this.  I never want to see the day when the NYE started posting topless photographs for no reason.  However, I believe it was right not to censor the photographs and to fully illustrate the issues raised by the article.