Strange occurrences over at the Wayback Machine, the Internet’s de facto standard for archiving web pages. The timestamp data from the site has previously been used in a court of law.

The well renowned site contains an archived URL for an appeal page at The Child Exploitation and Online Protection Centre (CEOP), who are now part of the National Crime Agency (NCA).

The archived page details an appeal regarding the disappearance of Madeleine McCann. The mystery surrounds the archive date, 30th April 2007, which was three days before Madeleine went missing on the 3rd May 2007.

A number of theories have been postulated regarding the error, but if the Wayback Machine timestamp data proves to be inaccurate, then the validity of any previous court decisions must surely be open to question. 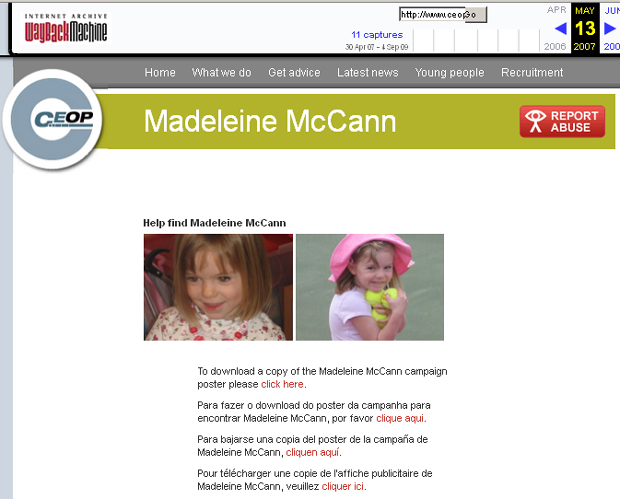 UPDATE: The Wayback Machine are now 302 temporarily redirecting the URL to the one dated 13th May 2007.

UPDATE 2: A Wayback Machine email which seems to confirm the authenticity of the timestamp was forwarded to us and is depicted below. 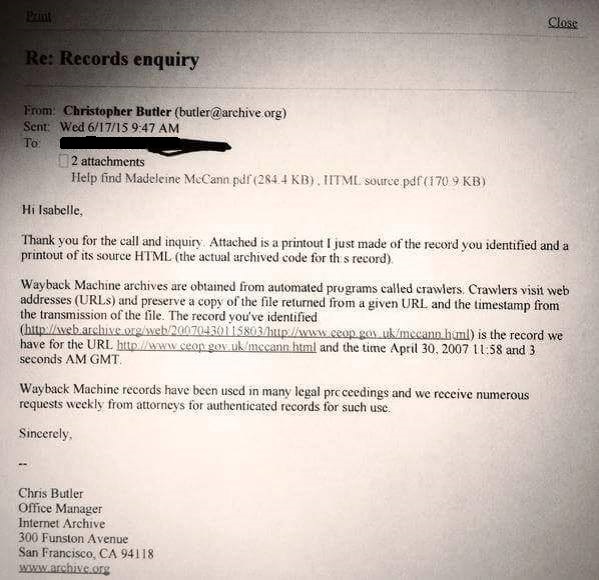 UPDATE 3: A Wayback Machine email which seems to cast doubt on the authenticity of the timestamp was forwarded to us and is depicted below. 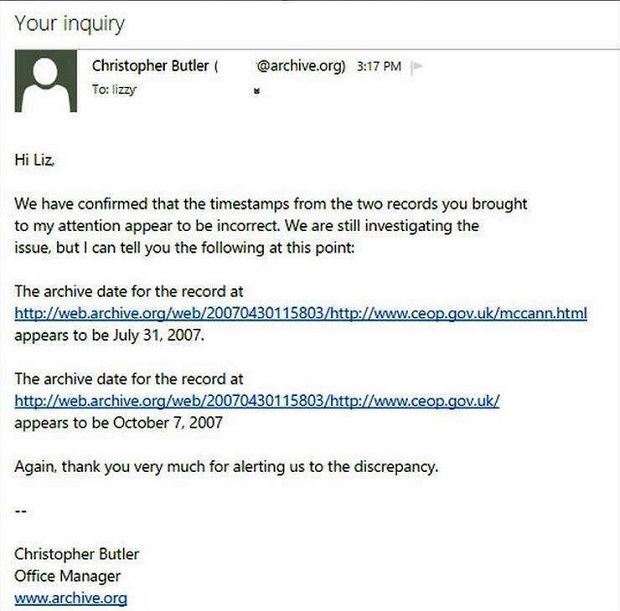