The Chief Constable of North Yorkshire Police has commented on the impact of budget cuts on his force. Quoted in the Harrogate Advertiser, the Chief Constable said that his force was shifting resources and making better use of technology:

“We are changing the way we do things because we don’t need as many people doing things that they would have done or we are now working with other forces.

The move is reflecting what we are already aware of. There’s an issue in children safely using the internet because criminals can operate in a particular way. In response, we have already set up a cyber crime unit and that is the direction we are trying to move in, so we are having to shift resources. We are still trying to continue our front line commitment to neighbourhood policing but in order to do that we need to do things slightly different.”

However, other than broad generalisations, the Chief Constable did not give any details or figures.

To gain a better understanding of the impact of these cuts, the NYE can do no better than publish a most articulate letter from the North Yorkshire Police Federation.

It has to be said that the North Yorkshire Police has a very poor history when it comes to financial control.  Indeed it is arguably the worst performing force in the country and has been rocked by a series of financial scandals involving unjustifiable personal payments to Chief Officers, ‘authorised’ by the now defunct North Yorkshire Police Authority.

The legal costs of the investigation into Chief Constable Maxwell were all borne by the taxpayer.  Full Story here

“Had the chief constable admitted his guilt late last year, instead of at the very last minute, hundreds of thousands of pounds of taxpayers’ money could have been saved on legal costs.  It is deeply regrettable that during challenging financial times, the actions of the county’s leading police officer should have cost the police authority so much.  These figures are a further illustration of why Mr Maxwell no longer has the confidence of many of his officers or communities in North Yorkshire.” 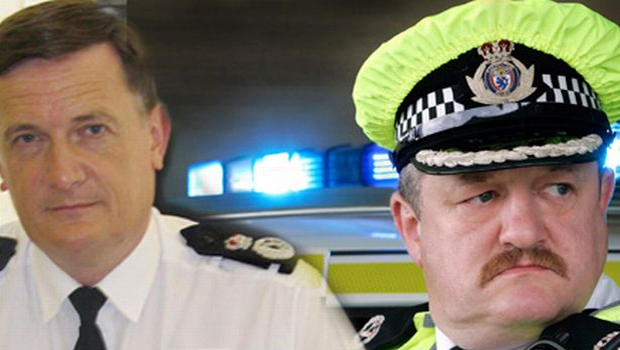