Readers may remember the row over the unlawfully implemented traffic prohibition at York’s Lendal Bridge.

Briefly, former Leader Councillor James ALEXANDER [Lab.] was determined to stand by the decision to offer repayment of thousands of Penalty Charge Notices oONLY to those motorists who actively applied for a refund. 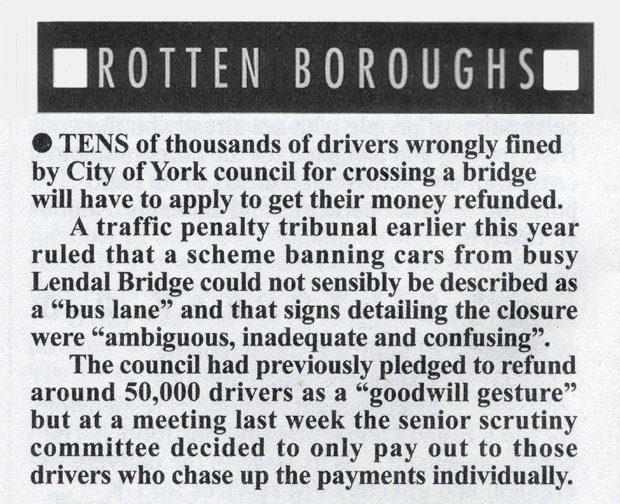 Unsurprisingly, referrals to Chief Constable Dave JONES of the North Yorkshire Police resulted in no prosecutions being brought against the Council.

Within the Council, however, feelings ran high, with a number of acrimonious and heated exchanges taking place, both between opposing Councillors and even between Councillors and Officers.

Now comes the announcement that James ALEXANDER’s successor, newly-elected Leader Councillor Dafydd WILLIAMS [Lab.] – clearly mindful of the huge task before him rebuilding public confidence in the Council – has already instructed Officers to refund payments to ALL motorists caught under the faulty regulations.

Councillor Dafydd WILLIAMS has been reported as stating:

“The council got this wrong, and we are keen to make amends and move forward. We cannot put the Lendal Bridge issue to bed while people are still owed money.”

Whatever Councillor Dafydd WILLIAMS’ motives, we at the Enquirer applaud a victory for common sense and common decency, in the public interest, and offer our special appreciation to Private Eye and to ‘Mr Loophole’ Nick FREEMAN. Salute!

“We are all in this together”. 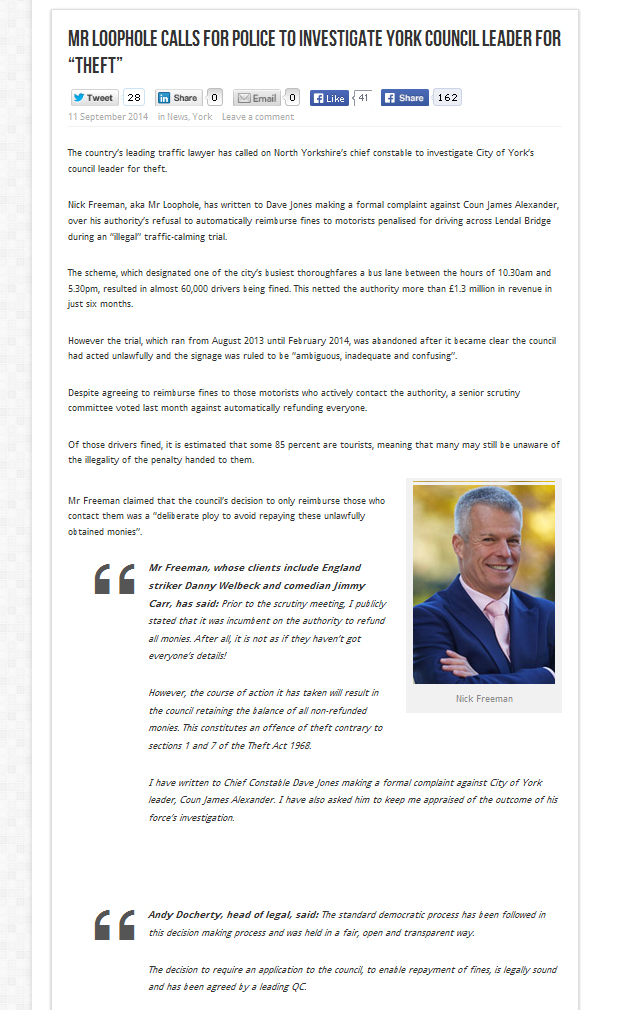