Labour Candidate in Hertford & Cayton NYCC division, Sean Rowell, is telling potential voters on social media not to vote for him.

The Corbynista candidate has since deleted the tweet and later his twitter account, presumably on party orders. The Labour candidate blames the easily avoidable error on a Blairite conspiracy at Labour’s regional office. 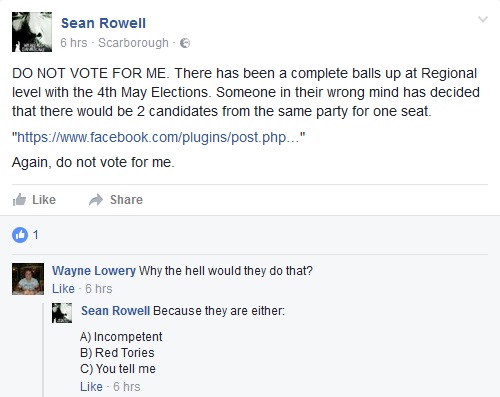