A Letter to the Editor from Val HANSON, a reader in Norfolk, in response to Nigel Ward’s recent article: “Safeguarding Shambles In NYCC Schools”.

I am writing to tell you about my own experience of bullying in schools.

After my daughter left primary school I chose to send her to a Free School for her secondary education. My daughter was quickly befriended by an older girl who claimed to be a lesbian. I invited my daughter’s new friend home for tea and to go swimming at the beach. To my horror, I saw both of her thighs from knee to groin were covered in dozens of horizontal red scars, all neatly executed and symmetrical. I asked my daughter why her friend had the scars on her legs. My daughter (11 yrs old at the time), replied:

“She self-harms Mum, because of homophobic bullying at school”.

It wasn’t long before my daughter started to be the subject of homophobic bullying too, due to her association with this girl. I eventually removed her from the Free School as her life was made miserable, and the venal bullying appeared impossible to stop.I then installed her in a local Academy – a failing school that had been in special measures. To my horror, the reputation of being a ‘lesbian’ had followed my daughter to her new school. My daughter came home from the school bus three nights out of five in tears.  I had to intervene directly to quash it, as my daughter was becoming more withdrawn and unhappy.

I took to Facebook, threatening to bang on the doors of the perpetrators. My efforts, not the Academy’s, stopped most of it. However, my daughter continued to make repeated requests to leave the school, as watching others being repeatedly bullied made her feel unhappy and unsafe.  Consequently, I deregistered her in August 2015. She is now a happy, bright Home Educated girl. With a boyfriend!Recently, my granddaughter, five months older than my daughter and in the same academic year, attended the same Academy. She had been happy enough for a while, but then also started being the subject of relentless and threatening bullying. She hid this from her Mother, and instead started self-harming. Her Mother later discovered the scars on her daughters body and contacted the school, saying said she would involve the Police. The school said they would ‘have a word with the culprits’.

Before anything was done, in March 2016 my grand daughter attempted to take her own life (fearing retribution from the bullies), and was blue lighted to hospital where she remained for a week under the care of a Psychiatric Team. The Psychiatrist recommended she be removed from a ‘dangerous situation’ – her life was being threatened.

She is also now deregistered from the Academy, and slowly recovering from the psychologically traumatic experience of vicious bullying. A once happy, beautiful little girl, who could always be heard laughing and seen smiling, almost turned into a child suicide statistic. Thankfully, she is also now free from a system that cared more about her ‘flight path’ and not remotely about her well being.Kind regards 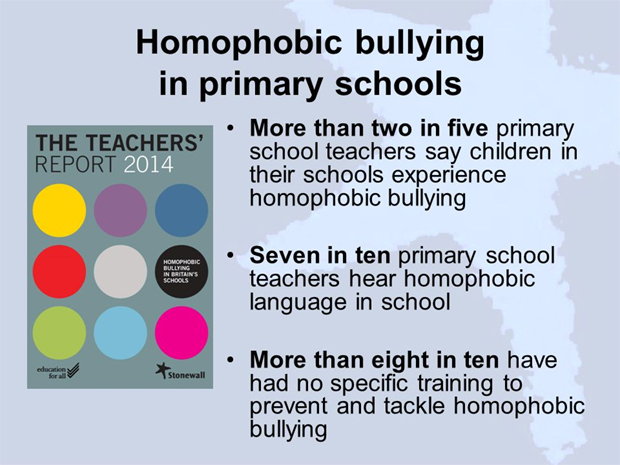