Hull City Council (HCC) is the next Council to provide a response to one of a series of identical Freedom of Information requests, in the following terms:

(2) which HCC Councillors have been barred from participating in voting on budgetary decisions, contingent upon Council Tax arrears of two months or more. 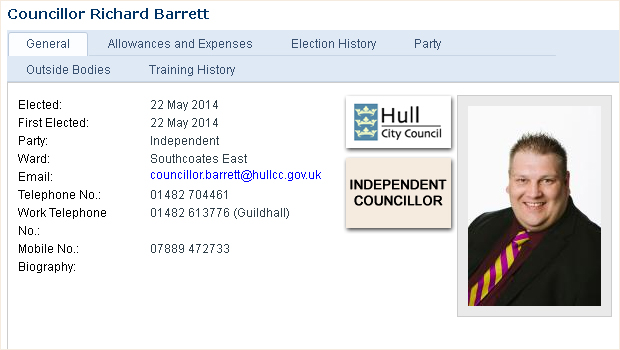 Councillor Karen MATHIESON [LibDem.] has apparently kept a clean sheet since 2012/13, when she received two Reminders and one Summons. 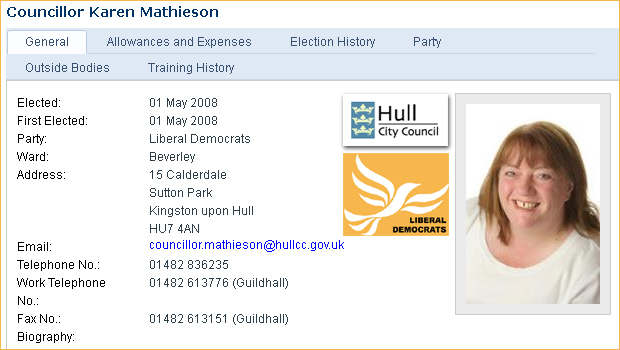 Following two Reminders, mother and daughter Councillors Cheryl and Ruth PAYNE [LibDem.] – not to be confused with the celebrity sisters-in-law of the same names – who were jointly liable for the Council Tax on their property were duly issued with Summonses in 2014/15 and a Reminder and a Summons in 2015/6. 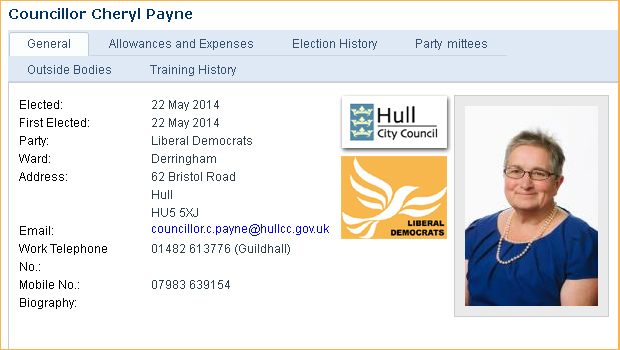 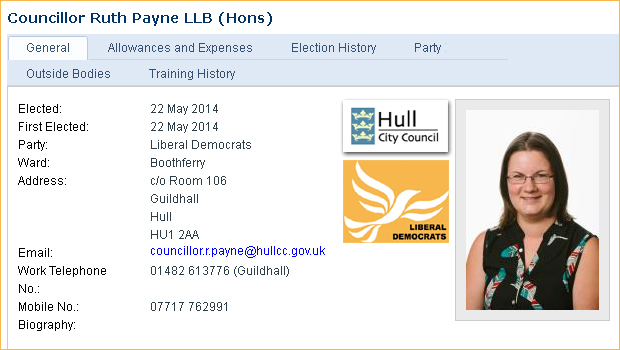 Four others, designated only as Councillor A, Councillor B, Councillor C and Councillor D have not been identified as they no longer serve on Hull City Council.