On 17th September 2018, the decision was made by Scarborough Borough Council, following a ‘robust’ recommendation by Commercial Director Mr Richard BRADLEY (whose nickname, in certain circles – and since publication of the photoon “Overqualified?” here on the Enquirer – is now ‘The Brighton Binman’), to purchase the St Nicholas Hotel in Scarborough for £14M, for the purpose of leasing it out to Travelodge for around £843K per annum.

Thus, if nothing went wrong (and when does anything ever go wrong at the Puzzle Palace?), the investment would be recovered after a few months short of 17 years.

Dreamers may wish to describe this arrangement as a “good buy” for Scarborough.

Astonishingly (forgive my irony), something did go wrong; Travelodge ran into financial difficulties resulting in a Company Voluntary Arrangement (CVA), meaning that the Council was effectively forced to accept a massive reduction in rental income from Travelodge, the details of which appear in the following ‘top-secret’ document: 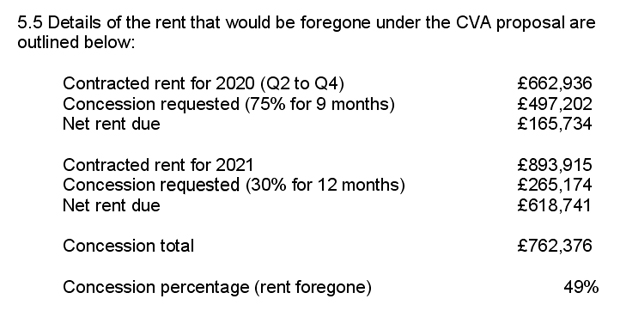 Incidentally, certain Council Officers seem to think that a Company Voluntary Arrangement is formally known as a Company Voluntary Agreement;  in fact, there is no such beast. This is tantamount to Commercial Director BRADLEY and Head of Legal DIXON believing that they can enter a cow in a horse race. In my view, the Leader’s Decision may well be null and void. Perhaps that was the intention? 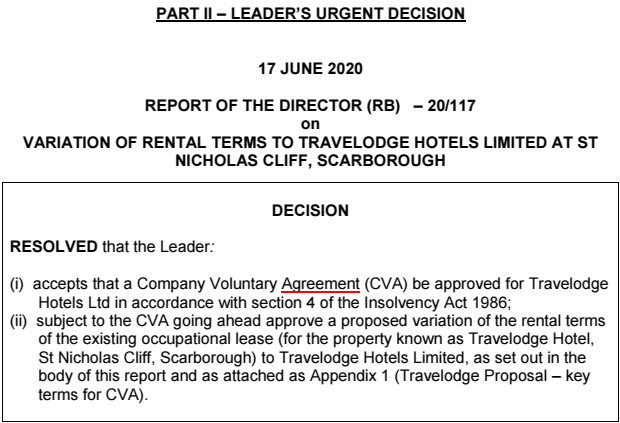 Equally amusingly, Officers have tried to pass off the Travelodge ‘investment’ catastrophe as a ‘windfall’ of £349K to prop up “priority services”. Sadly, many of our dead-from-the-neck-up Councillors will believe such twaddle. 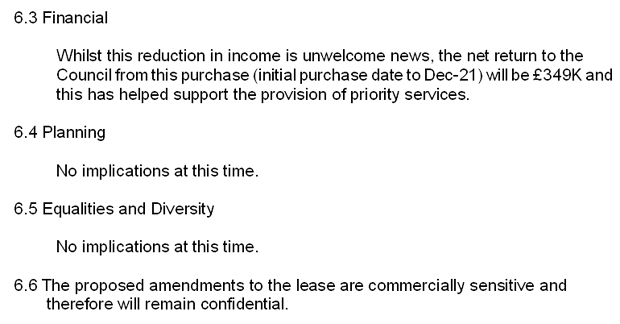 No wonder the document has been classified as “confidential”. Of course, it excludes mention of the fact that Council Officers have overlooked any loss in value of the asset concomitant with the pandemic, or otherwise. If the Council had to sell the ‘investment’, what would the Council be able to realise? (The opinion of colleagues in the property game sets the current value at between £4M and £5.5M – the Council could end up having blown anything up to a cool ten million). There is a time to buy and a time to sell . . .

Readers who are inclined to believe that this TraveLodge disaster is just another fairly typical SBC waste of money will be doubly disconcerted to learn (exclusively here in the Enquirer) that the deal is actually TWICE AS BAD AS IT APPEARED.

As stated above, SBC purchased the St Nicholas Hotel for £14M (exclusive of VAT) in 2018, as the opening gambit in the Council’s much-vaunted Commercial Property Investment Strategy, as confirmed by former Leader Councillor Derek BASTIMAN [Con.] and by the Land Registry, here.

What Councillors did not know, and may be learning for the first time when they read this article, is that the St Nicholas Hotel was vastly over-priced.

Vastly? How vastly? Well, doubly over-priced is closer to the mark.

According to the following Land Registry document, the previous owners of the St Nicholas Hotel (holding company Alderwater Ltd), who were happy to accept the Council’s (i.e. our) £14M, acquired the property for roughly half that price – £7.3M – a purchase price ratified by the land Registry in September 2015:

Readers are encouraged to write to the Council, paraphrasing Josef LOCKE, the celebrated Irish tenor: 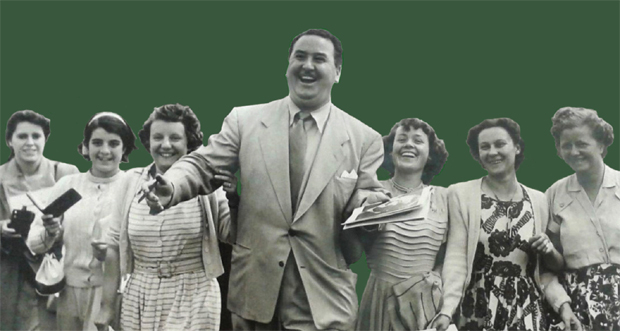