A Letter to the Editor from Jean KENNEDY of Hartlepool,  who writes on behalf of ‘Friends of Hartlepool’, drawing public attention to the massive landfill in the heart of Seaton Meadows residential estate – a direct consequence of the importation of toxic waste by ABLE UK via the so-called ‘Ghost Ships’. 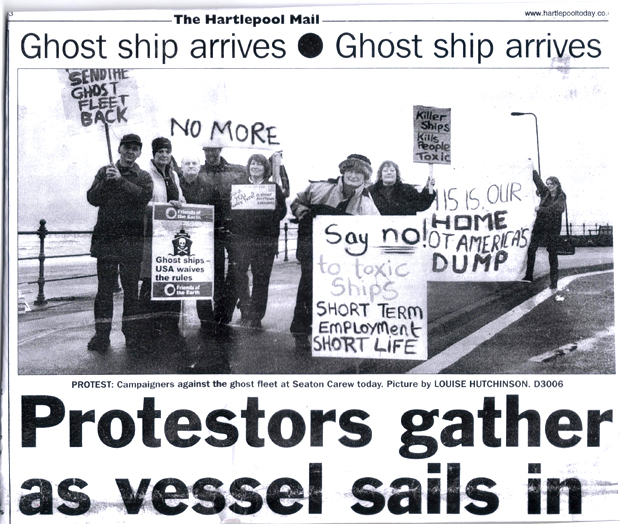 http://www.theguardian.com/environment/damian-carrington-blog/2011/may/27/landfill-mining-waste-energy – This is a picture of the landfill site in the middle of a housing estate – 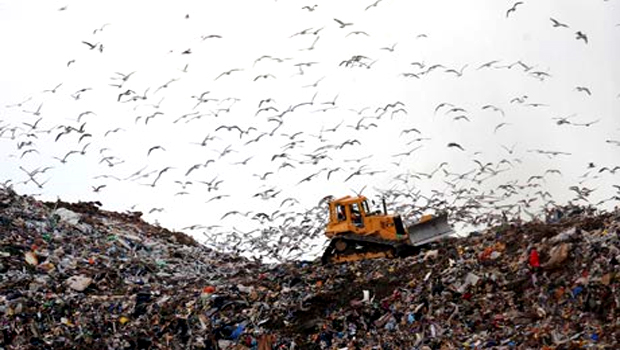 In 2006/2007 ALAB were informed by Hartlepool Borough Council (HBC) that the height of the landfill site had to be reduced from over a hundred feet high to 58.09 feet.

ALAB did not comply with this request.

Yet no action was taken by HBC Planning Department to enforce the Council ruling.

In 2013 Able UK put in a planning application to turn the Meadows landfill site into a recreational playground with walkways up to the top and lookouts to view the Seaton area making it a money making area.

This was a ploy to get out of returning the land back as it was. A full remediation would have been needed costing many millions of pounds and ABLE has not spent a penny on remediation. On top of this is the dumping of serious hazardous waste and toxins that is buried underneath that makes it hard to be safe. To just level of the top and plant trees and shrubs would be highly dangerous for the residents, especially the children.

Able UK has burnt all kinds of thing in the vast tip including dead animals due to the outbreak of the foot and mouth disease. We were told (as Friends of Hartlepool) from scores of people that anything dirty and rotten could be burnt in the Meadows at a price.

Mrs Janice Chance gave ALAB the licence to bury asbestos and other toxic substances in 2007, and this yet again gave them the opportunity to bury the most terrible poisons and life-threatening substances.

It was not long before we became aware of the convoys of trucks arriving through the night were illegally being allowed in and emptied into the Meadows. The trucks were coming from all over the world and they were putting their cargo down as bricks etc., but we are unaware of what they were bringing to our little town.

We were aware that management were making a fortune out of this site. A whistleblower told us that the management of ALAB were driving around in flashy brand new cars and the manager has bought a plane.

Throughout all this time ALAB has got away with committing heinous crimes of endangering the whole Seaton area and people across the town.

Fires on the Meadows were constantly igniting and the smells of toxic pollution were in everyone’s nostrils. I know many people who were sick whilst passing the landfill site in a car.

Public Lawyers – Phil Shiner & Co did get in touch with us (Friends of Hartlepool) which prompted the environmental agency who were prepared to make a case against ALAB.

Able UK’s image has been tarnished for over 30 years but it is the people of Hartlepool who are paying the price.

Hartlepool has one of the highest cancer rates in the country. Many children in the town are born with serious illnesses that are highlighted in the Hartlepool Mail virtually on a week to week basis.

Any assistance you can give would be very much appreciated. I would like the people of Hartlepool to be aware of how serious this issue is and to attend the meeting to be held at Hartlepool Borough Council, Civic Centre at 10:00am. I intend to speak on this issue along with others.