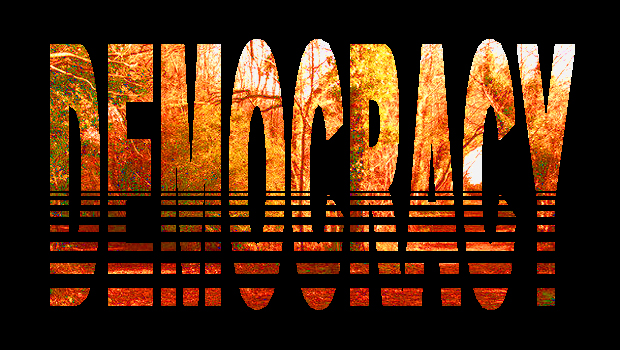 In the interests of fairness and balance, a Letter to the Editor from Councillor Michelle Donohue-Moncrieff [Unaff.Ind.] in response to the statement published yesterday (Fri. 6th Dec.) by the Independent Group at Scarborough Borough Council.

Being a Councillor is a wonderful privilege. To represent the community where you live is an even greater honour. To do so as an Independent means I serve only one boss – my residents.

The mandate given to me in May was particularly poignant given that I had just gone through the worst period of my life. I was humbled when I watched the ballots being counted on 3rd May. It is my duty to represent their interests at Scarborough Borough Council without fear or favour to anyone. I have also been amazed by the amount of people from outside my ward who approach me to offer their support and gratitude for speaking out on behalf of so many residents across the Borough.

When I was re-elected, I decided to join the Independent group. To be honest, the concept is oxymoronic in my view. However, being part of a grouping was meant to give us influence. I also felt that someone of my experience could help the group in the challenge of navigating the chicanery at SBC. I have found the members of the Independent Group to be genuine in their desire to change our rotten Borough Council.

When the “arrangement” between Labour and the Independent Group was announced, I made my misgivings about the arrangement public. It was clear that no agreement had been reached on key policy issues. I didn’t expect specifics but what happened in the ensuing months has clearly caused a lot of disquiet among Councillors and the wider public. I did so because my experience told me that there would be problems. Sadly, I was right.

At that time, I did reach out to Cllr. Siddons and others close to him. I said that any Leader deserved the opportunity to propose a budget. I am still of that view and will judge the budget in a fair manner.

I also made it clear that I was an Independent and would not hesitate to call out the new administration when it was wrong. That said, I have backed the current Cabinet on issues like the much needed Women’s Refuge. Again, on a personal level I have good relationships with members of the Labour Group. While I may not agree with their politics, we share a lot of concerns and care passionately about the chaos caused by Universal Credit to the poorest in our Borough.

However, I have been of the view for sometime that the Strong Leader and Cabinet system have done immense damage to SBC’s reputation. The disaster of the Bastiman years was a symptom of a bad system. When the motion of no confidence in Bastiman’s Cabinet was brought forward, I voted against. I did so because I knew that even if the personnel changed, the next set of Cabinet members would be as unpopular as the previous incumbents. I think the experience under Cllr. Siddons has proved my point. It doesn’t matter how well-intentioned the individual Cabinet member is because the system stinks.

We have a golden opportunity to move to a Committee system which would give ordinary Councillors real executive power to make decisions. That would have meant getting rid of the Strong Leader and Cabinet model. To do so we would need to pass a motion at the Council’s AGM, or Mayor-making as it is more commonly known. Yes, it is radical, but the chronic condition of our Council requires nothing less.

In the past few weeks, the final details of the Leader’s long awaited new Committee system have been finalised. While I didn’t agree with aspects of the proposed structure, I was led to believe that the issue of the Strong Leader model would be looked at. Therefore, I was willing to compromise.

At a meeting on Thursday night, I was informed that the Leader had refused to concede on the Strong Leader model. I asked if he was willing to put something on record about his intentions in relation to future reform of the Leader’s role. Sadly, I did not receive assurances on this point.

This issue may be a boring technical point but it really matters as it will fundamentally undermine the proposed new committees as the real power to make decisions would remain with the Leader and the Executive. This means that the Leader and his Cabinet, no matter how well-intentioned, would have the power in law to override recommendations from Councillors. That’s not democracy.

On the that basis, I have deep reservations about the governance reform that is to be sold to the public in the coming weeks. While there are some improvements, it looks like an expanded version of what we have now.

This is tinkering at the edges when radical fundamental transformation is so desperately required.

Regrettably, I didn’t see how I could, in all conscience, back the new Committee system believing that the Independent Group could have and should have delivered that key change that would have shifted the power balance in our Borough from Council Directors to the people and their representatives.

Ultimately, real reform has to start with the person occupying the Leader’s role. If he won’t lead by example why should the public believe Councillors when we say we have changed?

The path I am unwilling to accept is one that undermines democracy.