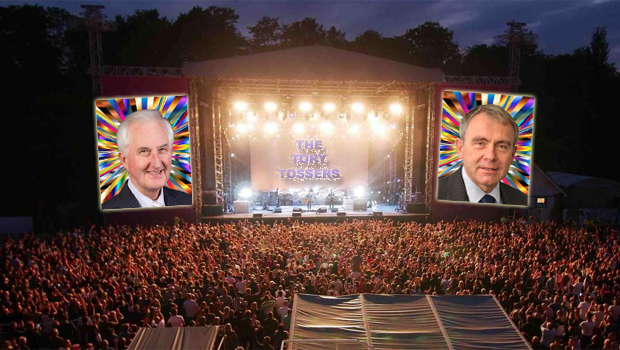 Today’s Guest Author is long-serving Scarborough Borough Councillor NORMAN MURPHY, who points out – presumably for the benefit of some of his fellow Councillors – what the wider public knows all too well; without a change of leadership next May, the decline of the Borough will continue unabated.

As any of you who follow the antics of the Conservative Leadership of the Borough of Scarborough will know, being economical with the truth is a well-practised, and oft-used tactic, by our local Tory boys and girls. They, in the view of many people, habitually use their version of the truth to try and persuade us that their usually crazy schemes and proposals are, in fact, sound ideas and will in the end benefit visitors and residents alike.

However, it was an even more economical use of the truth, made recently by a minor local Tory that caught my eye. At a meeting of the Older Peoples Forum (OPF) one of our Tory Councillors presented a version of events that, in my humble opinion, is so far from the truth that it would have made Pinocchio blush. To quote the Scarborough News our Councillor said ‘that as a result of the great success of the Open Air Theatre (OAT), massive investment in a catalogue of projects such as the University of Coventry campus, the UTC Skills Centre, sports and leisure village, and winning funding to restore The Spa and South Cliff cliffs’, had been achieved. These massive investments, he claimed, had resulted in Scarborough being “on a high”. In other words because the OAT has been renovated, and is in his opinion having “great success” this has attracted these major investments to the town.

How he came to the conclusion that these organisations only invested in Scarborough because we have the OAT, is of course, a pure flight of fantasy. Indeed, to imagine that an institute of learning only invested in Scarborough because it had an OAT is, many would conclude, lunacy. The decision of any business to invest anywhere will always be based on sound financial grounds not whether there is a theatre nearby.

Although the OAT is a welcome asset to the town, it is not the great saviour of Scarborough and cannot, as far as I can see, be credited in any way with attracting the investment mentioned above. As for the OAT being a “great success”, it is hard to see how even the most optimistic Tory Councillor could come to this conclusion. It is well documented that the OAT cost us, the poor rate-payers, £3.5 million to renovate.

Then, in its first three years of operation, it needed a rate payer subsidy of £1.5 million. In the last financial year it cost us about £250,000 to keep going and in this financial year it is projected to lose another £140,000. This means that, so far, we have subsidised the OAT, to the tune of over £5 million.

Ironically, where our Tory Councillor would have been on firmer ground, with regard to outside investment being attracted to the town by the existence of the OAT, would have been had he mentioned the new 100-bed Premier Inn hotel, about to be built on land overlooking the theatre. This unpopular and, in many peoples’ view, unneeded project, can definitely be credited to the existence of the OAT. However, one suspects that he failed to mention the Premier Inn investment as it will almost certainly take the bread out of the mouths of our small hoteliers. This investment must be doubly annoying for our existing hoteliers as not only will they now not gain the extra trade the OAT was supposed to bring to the town but they will be paying, through their rates, to subsidise the OAT.

The sad truth on investment in Scarborough is that the current, and previous, administrations in the Town Hall have sold our beautiful town down the river.

Where the corner café once catered for visitors and provided traditional entertainment for residents and visitors alike, we now have two blocks of flats. Investment that was promised on the old Kinderland site has never materialised and the land stands derelict and deserted. The site of the Mr Marvels complex likewise stands empty and desolate. The old North Bay pool site, adorned as it is with posters telling us it will ultimately be a multiplex cinema is, in fact, now going to be another block of flats with, perhaps, a small cinema. Then there is the Futurist, a magnificent piece of Scarborough’s history, now being ground into dust, at a staggering cost of £4.5 million, so completely that not even the tiniest remnant will remain.

Scarborough, our beautiful town, stands now, as I see things, on the brink of a steep precipice not yet sliding irreversibly into the dark pit, but teetering on the edge. Scarborough is still a wonderful place to live and, despite the loss of many of our fine buildings and facilities over the last thirty or so years, we still have much to be admired and enjoyed. However, the danger is, while the town still has much to admire and enjoy currently, will this be the case in another thirty or so years’ time? The current Leadership in the Town Hall has shown time and time again that they have no respect for the town’s history or heritage and will, without hesitation, disregard the will of the people if it in anyway threatens to upset their plans and projects.

So where do we go from here? Although we cannot undo the mistakes of the past or bring back venues like the Futurist we can, and must I firmly believe, protect and enhance what we have left. However, taking this path would require a Council that listens to the people. A Council that does not try to cover up its failings by trotting out ridiculous claims that outside investment has been gained because we have an OAT. We desperately need a Council that recognises that saying the town is “on a high” when we can’t even provide our residents and visitors with a decent pot to pee in, is not fooling anyone.

The Last Chance Saloon opens in May 2019 – you are all welcome to come and join me for a drink.