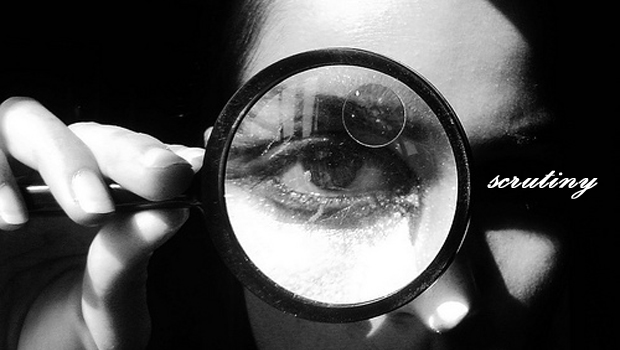 A Letter to the Editor from Connie PEACH of Whitby, offering an opinion on the Enquirer’s policy of scrutinising local Councils.

Having read many of the reports available on the Real Whitby and North Yorks Enquirer websites, I decided to go out of my way to make the acquaintance of citizen investigative journalist Nigel Ward, in order to form my own opinion of the man who members of the public regard as a committed champion of the public interest – but many councillors regard as the devil incarnate.

I would like to share my experiences of my travels visiting parish and town councils, accompanied by Nigel Ward. We have travelled together to numerous town and parish council meetings. The hope? To attend a meeting of a council that displays qualities and abilities I once believed were necessary to do the job. I thought councillors would be knowledgeable, know how the system works, be ethical in their decision making process, have a level of empathy to listen to the public they represent, to have respect for the public and each other. From as far apart as Hinderwell on the borders of Cleveland down to Pocklington in the heart of the Yorkshire Wolds.

One of my worst experiences was attending a parish council in the East Riding. It appeared that a pre-organised lynch mob, minus the pitch forks but with a hypothetical noose, had been prepared for a one of the parish councillors. The council had also drafted in a gentleman from ERNLLCA – the Local Council Association. The berating of the councillor that ensued was beyond public decency, an appalling display of bullying devoid of any substantive evidence/fact. If it had not been for Nigel, a voice of reason, advising me to stay calm and not to lower myself I may have shared my thoughts in some choice words to the council.  The victimised councillor’s wrong doing? He asked questions, he wanted the council to follow procedure, he wanted to enhance safety around the community, to do things right in the best interests of all within the parish.

At times It makes me question who do they think they are? I would have liked to say:

“Councillors, you are public figures, you are servants and the voice of the people, you may give up your time for free but then why undertake the role if you are not prepared to commit to it and to be open, honest and develop? Many of you are not elected, as with Whitby Town Council, where there is only one councillor with a mandate, voted in by the public. Unchallenged and unchallengeable? No, you are a tier of local government, you are spending our money, you are accountable to the people and you are there to represent us – not your own personal agendas or grievances.”

Attitudes need to change; the public is not the council’s enemy.

When questioned, or an error is pointed out, instead of insisting the council are correct, maybe one day a council will turn around and say “We didn’t realise that. We’ll look into it” or “Thank you for bringing that to our attention. We may have made an error and we will look at correcting it and ensure it never happens again”.

Unfortunately, to date, this has not been my experience. Nigel and I have attended many meetings. He always conducts himself in a respectful and polite manner, offering clear concise and correct information. The councils I have filmed and attended appear not to have the same level of respect, not just for Nigel but the general public as a whole, at times being abrupt, disregarding information given and just being openly rude and indignant.

If change cannot occur at this low level, then how can we ever think change can happen at Borough or National levels? It is so easy to label those that question as troublemakers. Not a label I would give to Nigel and it is not what makes me attend these meetings. On the contrary, there is no malicious intent. There is the desire to see things done right, for councillors to do their job properly. We are ever the optimists, one day the hope is that we stumble across a good council. At times I’ve felt “What’s the point?”, but why should public figures be left unchallenged?

I’m not at all suggesting that the Councils are corrupt or manipulating the system for their own benefit, but my curiosity is heightened when met with those that become defensive or close ranks when questioned. In my experience, that behaviour demonstrates that there is something to hide or they know what they are doing is not quiet right. There is nothing wrong with admitting you may have been wrong, and it is actually an admirable quality. Sadly not a quality I’ve met in a parish or town council… yet.

I would encourage more people to take an interest. At times it can be more entertaining than a Christmas special of Coronation Street. There is in-fighting between the councillors, backstabbing, name calling, walkouts, jokes, rudeness, arrogance, procedural improprieties and sometimes something a little more sinister. You don’t have to be clever, or know what’s going on, all you need is a recorder, the internet and to not always believe everything you’ve been told.