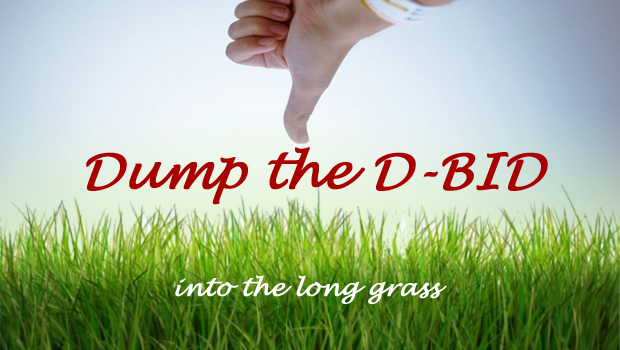 Recent newspaper reports have been telling us about the widespread disquiet – especially in Whitby – surrounding the Yorkshire Coast D-BID. Suspicion runs high that the ballot process by which the D-BID has been ratified was conducted either incompetently – or with a predetermined bias.

A Business Improvement District (BID) is a defined area within which businesses whose business rates exceed £12K are required to pay an additional tax (or levy) in order to fund projects within the district’s boundaries. A Destination BID directs its efforts to the enhancement of tourism in the specified area.

The process of determining whether or not there was a genuine demand on the part of businesses was resolved by a formal ballot, the results of which are set out as follows:

The best guess on this last point seems to be that the former Portfolio Holder for Tourism, Councillor Andrew JENKINSON [Con.] is the likely ‘culprit’ – or the chosen scapegoat? (Cllr JENKINSON is reputed to be standing down). Or is this just another instance of the tail wagging the dog? 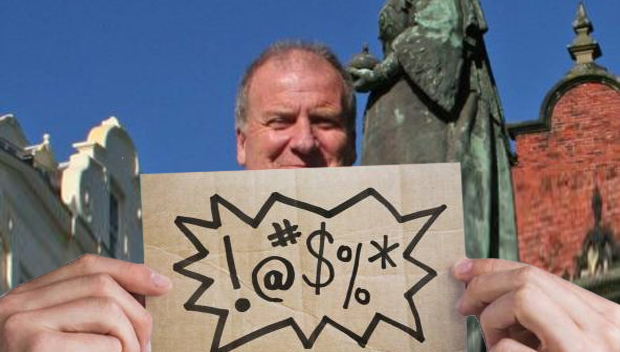 I can now report that a cross-party group of SBC Councillors has served a Requisition on Mayor Joe PLANT [Con.] to convene an Extraordinary Meeting for the purpose of asking the Council to dissociate itself from this (and any future) D-BID for a period of 5 years:

It should be remembered that, like any other Motion, this may be subject to amendments if it does reach the Chamber.

Bearing in mind that the last two attempts to Requisition an Extraordinary Meeting were blocked by the CEO, in breach of the terms of the Local Government Act 1972, some observers are sceptical that the present attempt will be convened in accordance with the law.

One might, perhaps, anticipate that Monitoring Officer Mrs Lisa DIXON may intervene, claiming that it is not possible to arrange the Extraordinary Meeting before the onset of Purdah on 20th March 2019, thereby delaying the Meeting until after the 2nd May 2019 local elections (and, indeed, until after the ‘new’ Council has been formally constituted on 5th May 2019). This could be construed as a play for time during which Secretary of State the Rt.Hon. James BROKENSHIRE MP [Con.] can be expected to hand down a ruling on the formal objection lodged by a group of Whitby businesses. In this sense, SBC could be said to be ‘passing the buck’ back to central government.

On the other hand, with local elections only 9 weeks away, Councillors may welcome this opportunity to demonstrate to the people of the Borough – ‘live’ in the Council Chamber and on the webcast – that they are not only willing to listen – they are also willing to act.

Once elected, of course, they may return (true to form) to doing just as they please for the ensuing four years. Such is local politics.

Communities Portfolio Holder Councillor Sandra TURNER [Con.] is one of two ward Councillors for Whitby Streonshalh (the other being Councillor Rob BARNETT [Lab.]), have both attended public meetings, seeing for themselves the vehemence of the opposition to the present arrangements.

The Scarborough News has reported Councillor TURNER as stating:

“A lot of businesses have told me that they are not going to pay. I don’t think it is right that people should pay for something that they do not want.”

To be clear, many of those who attended the meetings expressed the view that they had no desire to be levied because:

In my view, and that of many, the D-BID is a form of stealth tax, empowering (and masking) a private enterprise initiative to levy (surcharge) 1.5% on top of the business rate. The potential benefits of the levy seem , at best, questionable.

Councillors committed to democracy should have no hesitation in kicking the D-BID into the long grass. Those who refuse to respond to the will of the people will face the electorate on 2nd May 2019 in the knowledge that – like Councillor Vanda INMAN [Ind.Ind.], who will be remembered for defying the will of the people over the Futurist demolition decision – they may not be forgiven.

I am sorry your e-mail did not include your name and address as the e-mail address [REDACTED] is the only contact I have.

Certainly I was not an enthusiastic supporter of the BID in Whitby and the way that the ballot was carried out I believe had many flaws.

I always maintain the point that Whitby is, in some ways, a victim of its own success and any measures taken to improve footfall and tourism in our area is unlikely to see Whitby as its primary target.

I have not received any further updates on the meeting of Whitby business people other than the coverage in some of the media but happy to put forward any points made, in particular any flaws in the electoral system.

Thank you for getting in touch and please give me some more details of your name, address and business. 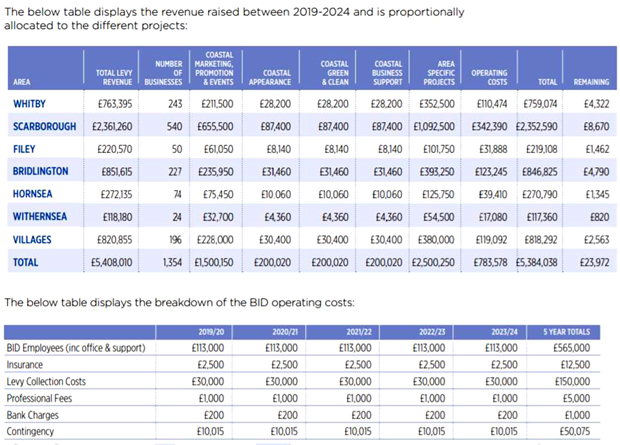