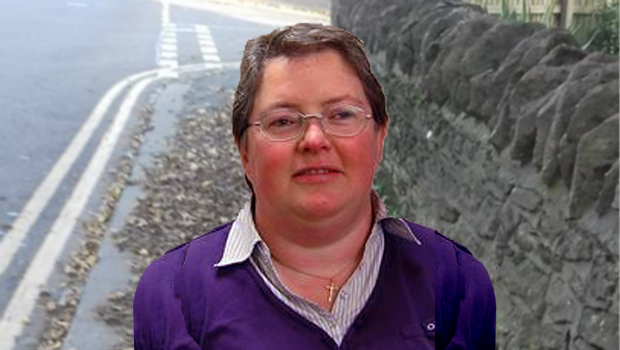 As you may be aware, I am a citizen investigative journalist contributing to the North Yorks Enquirer and providing intelligence to other media outlets – from time to time the Private Eye magazine.

I am writing to you in the hope of obtaining an open response to certain questions concerning the activities of the Standards Committee at Scarborough Borough Council. An open response clears the air and obviates the need for deeper scrutiny.

Having recently been fortunate enough to have an interesting article on the subject of ethical Standards accepted for publication in the Enquirer, and the said article having reached, and resonated with, an unusually wide readership, I am anxious to give you an opportunity to present your views, as seen from your perspective as the Chair of the Standards Committee.

It would be helpful if you would take into account some of the comments and questions expressed to me by some of your fellow Councillors, which I will set forth now, for your consideration.

1) It has been suggested that Chairships of Committees are distributed not on merit, but rather as a reward to Councillors who have diligently and unquestioningly accepted the Conservative Group line, simultaneously maintaining an anodyne public profile. Such Councillors are sometimes referred to as “foot soldiers”.

Do you believe that your appointment to the Chairship of the Standards Committee was (a) on merit, or (b) contingent upon your foot-soldierly fidelity to your Council Leader and your Conservative Group Leader? Would you describe yourself as a good Chair of Standards?

2) Granted that the Council year runs May to April, you will, I am sure, agree that the SBC Members’ Allowances 2016/17 shows that the Chair of the Standards Committee received Basic Allowance of £4,001.28, plus a Special Responsibility Allowance of £1,320.48, bringing the total to £5,339.86 for that year.

The 2017/18 figures are, of course, as yet unknown. They will be calculated, no doubt, according to the schema published on the Council website here, which shows that the Basic Allowance has increased to £4,041.24 and the Special Responsibility Allowance in respect of your Chairship of the Standards Committee has increased to £1,333.56, bringing the total to £5,374.80 for the present Council year.

Allow me the latitude to express that, at the close of the Council year, you will have received somewhere in the immediate order of thirteen hundred and odd quid for Chairing one meeting in 2017. Nice work, if you can get it.

How would you justify this to your electors?

3) You chaired the meeting of the Standards Committee, on Tuesday 19th September 2017. No Formal Complaint against a Member was considered at that meeting, but it was:

I applaud your Committee’s commitment to ensuring that all Members be au fait with the responsibilities which they embrace upon achieving election. However, I trust that Members will also be informed that the present Code of Conduct is null and void, for the reasons set out in my article.

What steps are you hoping to implement to ensure that not only Members, but also Officers – in particular, the Monitoring Officer and the Deputy Monitoring Officer – receive training, in order to obviate the likelihood of a repetition of the unfortunate omission in the drafting of the present Scarborough Borough Council Councillor’s Code of Conduct which has rendered it null and void – and some of your actions almost certainly ultra vires? Or are you content to let Officers proceed unchecked?

4) I have not yet been able to obtain sight of all Standards Committee Decision Notices since June 2012, so I cannot comment upon whether or not any sanctions have been handed down by your Committee, either under your Chairship or any predecessors in that position.

Please provide me with all of the Decision Notices determined during that time period, or direct me, if you prefer, to the relevant URL-links on the Council’s web-site. Thank you.

Clearly, if sanctions have been handed down and Decision Notices published, there exists the real possibility – as has transpired at other Councils – that Councillor(s) may have suffered acute reputational damage contingent upon a Decision Notice that, being the consequence of an ultra vires action or actions, has no lawful basis. I am advised that this may be actionable under the Defamation Act 2013. Food for thought.

As present Chair of the Standards Committee, you may bear, in some degree, legal responsibility for ultra vires actions taken by your Committee. I would advise you to seek legal advice on this point, ideally from a firm of solicitors external to the Borough Council. (You may be able to do this over the telephone, without paperwork, as the Monitoring Officer has claimed to have done). You may wish to fund any putative legal action in part from the thirteen hundred and odd quid per annum of your Special Responsibilities Allowance – described by some Councillors (Conservatives not excluded) as  “baksheesh” [from the Persian: بخشش‎ – meaning payment such as a tip or bribe to expedite or reward service].

You may also wish to enquire as to whether or not you may have recourse, in law, against the Council – or the named Officer(s) – whose failure to draft a legally valid Code of Conduct has placed you in your present uncomfortable predicament.

Are you comfortable in your rôle as Chair of the Scarborough Borough Council Standards Committee, a rôle which can only become more fraught with difficulties in the light of the shocking allegations against your Council Leader and your Conservative Group Leader. As has been publicised elsewhere, it may not be seen to be appropriate for you to Chair a Standards Hearing in respect of allegations against those who appointed you to the rôle generally viewed as a sinecure, with its concomitant thirteen hundred quid per annum Special Responsibility Allowances.

5) Please be aware that I am a keen advocate of Councillors’ Codes of Conduct. In fact, I favour Standards Committees enjoying greater powers of sanction in respect of unacceptable conduct than those which turn out, at present, to be unavailable after all.

However, a grand overhaul is overdue. Clearly delineated standards of ethical conduct need to be set in place and made known to Members and public alike. Sanctions must be meaningfully deterrent and lawfully imposed, in the public domain, for the safety of Committee Members and fulfilment of the public trust.

I invite you to consider these remarks the overture to a continuing dialogue.

Do you agree or disagree with the two preceding paragraphs. Please state your reasons.

6) Having reference to the Minutes of the Audit Committee meeting of Tuesday 22nd March 2016, which record the fact that, in respect of Agenda Item 10, the Committee:

…thus embracing Deputy Monitoring Officer and Regulatory & Governance Manager Mr David P. KITSON’s Recommendation (signed off by Director of Legal & Democratic Services and Monitoring Officer Mrs Lisa DIXON), is it not the case that you had a duty to declare a pecuniary interest in Agenda Item 10, in respect of the thirteen hundred and odd quid per annum of your Special Responsibility Allowance as Chair of the Standards Committee, which you stood the risk of losing in the event of a merger? You did not do so.

It seems curious to me, therefore, that both Committees continue to enjoy a separate and distinct existence, each with its own Chair (the Audit Committee, chaired by Councillor Tom FOX [Con.], Deputy Chair, your good self – and the Standards Committee, where you hold the Chairship). This flies in the face of Mr KITSON’s well-argued Recommendation. Moreover, as Chair of the one and Deputy Chair of the other, you stand only half a step away from chairing the putative merged Audit & Standards Committee, which would deprive Councillor Tom FOX [Con.] of his tribute.

It also incurs an unnecessary burden on the public purse, insofar as two Councillors, rather than one, retain a Chairship and remain in receipt of the Special Responsibility Allowance of thirteen hundred and odd quid per annum that accompanies the appointment, when one would suffice.

Would you agree (i) that you were at fault in failing to declare your pecuniary interest, (ii) that the Council has been remiss in its failure to implement the merger, the benefits and advantages of which David KITSON extolled in his Report:

…and would you (iii) further agree that the Council is establishing a track record of passing Resolutions which drift off into the wide, blue yonder (blue indeed) in the same way as the Danes Dyke Women’s Refuge? And would you (iv) refute the suggestion, made to me by more than one Councillor, that the Leader actively favours the continued existence of separate Committees, each with its own Chair – to whom a thirteen hundred and odd quid per annum bone may be tossed in acknowledgement of past and future support?

Colleagues tell me that you have a peerless commitment to openness and transparency, so I look forward with unwonted optimism to your most candid co-operation – for which I thank you, in anticipation.

Have faith in your own inherent integrity, Heather, and tell it like it is.

[At the time of publication, the Councillor has neither acknowledged nor responded to the questions. So much for openness and transparency.]