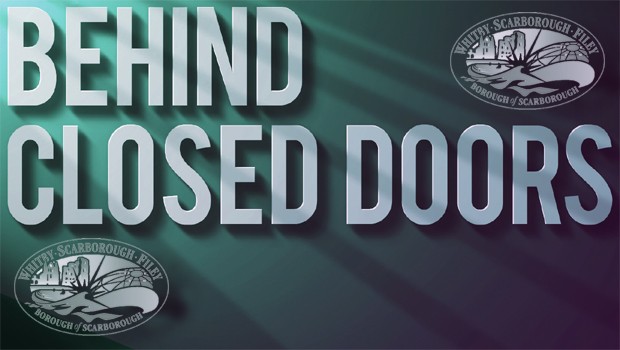 A Letter to the Editor from Karen MILLER of Scarborough, a working mother who writes to express her regret that, like many ordinary people, she has gleaned an insight into questionable practices of local government here in the Borough only in middle life. As Karen puts it: “All this should be revealed in ‘Life’ lessons at secondary school.”

Turnout is expected to be high at the forthcoming elections; local council elections are seldom held on the same day as the Parliamentary election, for which turnout is normally far higher. At a guess, the last occasion was in 1987. And a large number of young people will be voting for the first time on 7th May 2015.

How will they vote? Studies suggest that, untainted by the cynicism of later life,  they will vote on principle – that is to say,  for transparency, honesty and accountability – and for the future; for the environment.

Hopefully, they will vote against greed, cronyism and corruption.

The recent resurgence of the Greens and the emergence of the United Kingdom Independence Party as a major political force suggests that everything is up for grabs this time, with the first credible challenge of the present century to the Selfservative stranglehold on North Yorkshire.

A vote against the incumbents is a vote that can only reduce majorities – perhaps to zero – and it will then be the voice of the people that determines who the successors will be. Let the best – the most honourable – candidates win!

I recently, for the first time, contacted a political party member after receiving a flyer through my door.

I went on to explain that I was doing this due to a personal experience that had been responsible for changing my life, leading me to become involved and aware of what can be politely described as ‘the shady, dark side of local government’.

I have lived in Scarborough all my life. My father worked at Plaxtons’ Coach Builders and always voted ‘Labour’. I recall him saying that he would not have minded paying a million pound tax bill, and going on to tell me why. That was an explanation from a totally honest person, and I now know that politics and honesty do not make good bedfellows.

When I was eighteen or so, had I been asked what Scarborough Borough Council did , I would have replied – “Collect the rubbish………?”

Young people find local politics boring,  and it is. This is purposely done so that most of the Council’s business can go on in the background, mainly unchallenged.

Those who tried to find out information that everyone should get to know had no practical means of doing so – up until the arrival of the internet. The local paper was the most obvious possibility, but would it ever be imagined that the most interesting facts about SBC never get to be printed? It just doesn’t occur to most of us that the local paper is owned by a company that donates to The Conservative Party, effectively therefore ensuring their silence.

All this should be revealed in ‘Life’ lessons at secondary school.

No-one likes to be deceived and controlled by their local government (wolves dressed as sheep), even more so when they are young.

But only if they are aware – so let’s tell them.

The Conservatives have controlled the Scarborough and Whitby area for the best part of a generation.

There is so much corruption and a lot of self -serving. They deal with projects and contractors so badly it would be funny – if it wasn’t so tragic for Scarborough.

Rumour of a most interesting cover-up exists in connection with the Water Park contract. Speculation has it that the company headed by Roland Duce (who has the contract) now owns the land involved, as a result of  incompetence on behalf of SBC solicitors, who were caught out not reading the ‘small print’.

My estranged father-in-law boasted about receiving a generous back-hander for ‘help’ with planning permission when he was a councillor in 2005.

We were fortunate, after being told about a website, to meet a gentleman, who helped my family deal with the circumstances we were experiencing – through no fault of our own. As a result of our meeting, we found out so much of what goes on at Scarborough Borough Council, that the ordinary people in Scarborough and Whitby never find out.

I was fortunate enough to meet a regular contributor to Real Whitby and more recently, to the North Yorks Enquirer

He is the most highly intelligent, polite man I have ever met. Combined with his ability of being an articulate speaker, and investigative journalist,  he is someone who ‘those at the very top’ are reluctant to engage with.

Unfortunately for society, this is most usually so because these so-called public servants have an awful lot to hide. This gentleman is a man who seeks the truth, and finds those who are trusted with public office using their positions for their own gain bewildering and disheartening.

Through websites like yours, more people are sharing the information that they find on the internet.

Sadly, there will always be complacency and apathy and it is very early in the fight, and more people need to know, and react to the truth positively.

Only then will that lead to change and fairer lives for the majority.