A Letter to the Editor from Tim HICKS, commenting on the saga of the unforgettable (and unforgiveable) Councillor John NOCK [Con.] and his twisted defence of Peter JACONELLI [Con.], Councillor, Mayor, Alderman and pederast.

I read with interest the following article in the NYE recording the opinion that Jeremy Corbyn must have been looking at Jimmy Savile through rose-tinted specatacles when he signed an early day motion mourning the death of Savile http://nyenquirer.uk/little-known-election-facts-1/, as well as the photoon on Councillor Nock’s views on paedophilism versus hebephilism.

I am not a Labour voter, but I like to see balanced coverage in the NYE and to that end, I think it should be pointed out that Mr Corbyn expressed these sentiments before the awful truth about Peter Jaconelli and Jimmy Savile emerged. Many other good people made similar statements, not knowing the depth of Jimmy Savile’s perversion and his true character. When the truth became known, they were horrified and retracted the accolades they had previously bestowed upon Savile.

Thanks in large part to a campaign by Real Whitby, the title of Alderman was withdrawn from former Conservative Councillor and Mayor Jaconelli (deceased) on the 12th of May 2014, and his name was removed from the Scarborough Borough Council honours board. However, long after the offending of Jimmy Savile and Peter Jaconelli had become known, Scarborough Borough Councillor John Nock (Conservative) of Mulgrave Ward is alleged to have stated that

Councillor Nock denies using this wording, but has not issued his version of what was actually said. 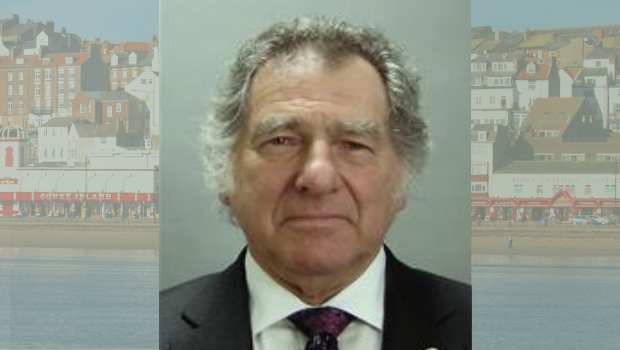 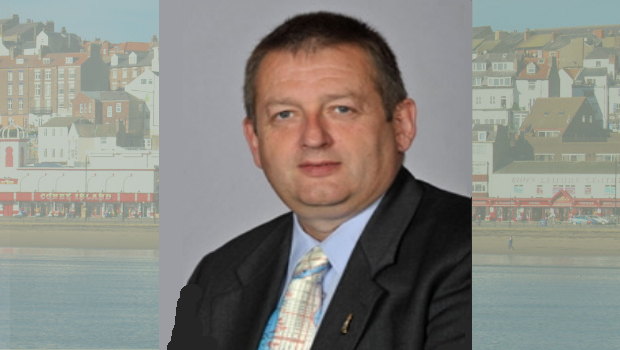 Councillor Nock’s appearance before the Scarborough Borough Council Standards Committee is covered perfectly in this article by your correspondent Nigel Ward: http://nyenquirer.uk/9478-2/. But briefly, in March 2016 the Scarborough Borough Council Standards Committee took the position that Peter Jaconelli was not the same as Jimmy Savile, because Savile abused children below the age of eleven (paedophilism), while Jaconelli abused children between the ages of eleven and fourteen (hebephilism). Just how the Standards Committee could verify the ages of every one of Savile and Jaconelli’s victims is not specified. I do not believe that Savile and Jaconelli asked their victims how old they were and then divided them between them based on their ages, so this distinction appears untenable to me.

In the event, Mr Ward’s prediction that no effective action would be taken against Councillor Nock by the Standards Committee or the Conservative Party proved accurate, although Councillor Nock did issue an apology; Yorkshire Post coverage here.

Reviewing the Nock affair dispassionately a year on; in my opinion:

Having spent a lot of my time helping to expose child abuse in Scarborough, I submit that a national politician who signed a message of mourning on the death of a nationally known public figure (Savile), before the truth was known, should not be criticised for this. However, conversely, a local politician representing an area where many victims of a prolific and violent abuser still reside who makes a meaningless distinction between the different types of child-abuse inflicted on them, based on whether they were under or over eleven years of age at the time, is far more deserving of public censure in the NYE.

I thought the photoon made the point quite nicely. 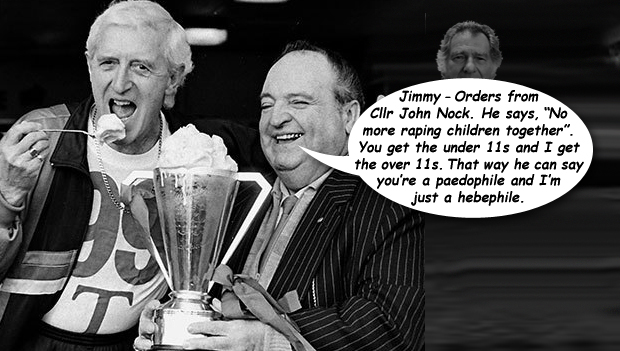