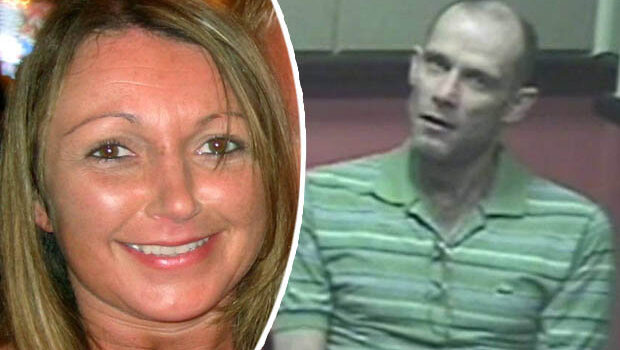 On 2nd September 2022, the Independent Office for Police Conduct (IOPC) published its report into the investigation by Wiltshire Police into the murder of Becky Godden-Edwards by serial killer Christopher Halliwell (pictured above). It will have implications for the investigation of the disappearance of Claudia Lawrence.

“An Independent Office for Police Conduct (IOPC) managed investigation has found that Wiltshire Police missed significant opportunities to bring Christopher Halliwell to justice sooner for the murder of Becky Godden-Edwards.”

The investigation into the murders of Sian O’Callaghan and Becky is one of the most controversial in post war British police history. Despite the fact that it was successful and led to the arrest of serial killer Christopher Halliwell, the officer that led the investigation -Detective Superintendent Stephen Fulcher- had his career and reputation destroyed. Fulcher was disgracefully treated and eventually forced out of the police. It was made into the ITV drama “A Confession” in 2019, starring Imelda Staunton as Karen Edwards and Martin Freeman as Detective Superintendent Fulcher.

The full story of the investigation is told in Fulcher’s book “Catching a Serial Killer”; which in the author’s opinion should be required reading for all Police Officers aspiring to a senior CID role.

The full IOPC statement can be read here, Independent Learning Report here and its recommendations for Wiltshire Police here. Taken together, they make alarming reading. Fulcher, stopped being the SIO on 1st July 2011 to commence a secondment with the National Policing Improvement Agency (NPIA). The IOPC Report demonstrates that once Fulcher was no longer the SIO, the investigation degenerated into a shambles. Extracts below:

“No decision was recorded by the force as to who would assume the SIO role on his [Detective Superintendent Fulcher’s] departure until October 2012, when then -Detective Chief Superintendent (DCS) Kier Pritchard confirmed that Detective Inspector (DI) Matt Davey was the SIO.”

“The investigation found that between 2011-14 the murder inquiry was poorly progressed and supervised, reasonable lines of enquiry were not pursued, and key evidence was not forensically examined.”

“We examined allegations against three Wiltshire Police officers. At the end of the investigation, it was decided there was a case to answer for misconduct for Chief Constable Kier Pritchard, who was then-Head of Protective Services for Wiltshire Police, in the rank of Detective Chief Superintendent. The case to answer decision was in respect of allegations that, in his oversight and scrutiny role, he did not ensure a sufficiently thorough murder inquiry or ensure that necessary case reviews were conducted, and that he appointed a lower ranking and insufficiently experienced senior investigating officer to lead the inquiry in 2012. It was agreed with the Wiltshire Police and Crime Commissioner that he would receive management action.”

“IOPC regional director Catrin Evans said: “Our sympathies go out to the family of Becky Godden-Edwards for their awful loss…..Our investigation found serious failings in the way the force handled the murder investigation, after the initial charges relating to Becky’s murder were dropped in February 2012. In our view, the issues that arose stemmed from a combination of systemic weaknesses within the force at the time as well as individual shortcomings. Our investigation indicated that no one in Wiltshire Police took responsibility for ensuring that the murder inquiry progressed effectively.”

This scandal has only been exposed because of a complaint to the IOPC by Becky’s mother Karen Edwards. Quoted in the Mirror (here), Karen said:

“The lack of honesty on Wiltshire Police’s part has been a disgrace. If I hadn’t made my complaint none of this would have come out.”

She went on to criticise Chief Constable Pritchard in an impact statement she read to his face:

“You deserve to be pursued like you and others pursued Steve Fulcher. You are an utter disgrace.”

Originally, the IOPC found Chief Constable Pritchard had no case to answer for misconduct, but a barrister brought in by Wiltshire Police & Crime Commissioner Philip Wilkinson issued contrary legal opinion. The IOPC was forced to reconsider and then reverse its position.

Karen’s comments on this are incisive:

“How many PCCs would do that? How many other police forces have got away with wrongdoing?”

“Let’s face it; if I had not complained, Wiltshire Police would have got away with the things the investigator uncovered.”

For many years the NYE tried to get the case of an unknown woman we have called “Hope” whose body was found in 1981 at Sutton Bank re-investigated by NYP. And for years, Chief Constable Winward used her media policy to ensure that an important new witness discovered by the NYE – Alderman Norman Murphy – who recognised the victim was eventually interviewed, but the investigation was not pursued.

In both cases, Wiltshire and NYP did not vigorously pursue all lines of enquiry. This may have been because Becky was a prostitute and “Hope” was probably a prostitute or down and out. If they had been the daughter of a policeman, a middle class housewife or a school teacher, no doubt both Forces would have vigorously pursued the investigations.

In the case of Chief Constable Pritchard, his misconduct in failing to ensure the investigation has been exposed because (a) PCC Wilkinson perfectly executed his responsibilities to hold the police to account, and (b) a member of Becky’s family -her mother- spoke out.

In “Hope’s” case, this hasn’t happened. This is because (a) successive Police, Fire & Crime Commissioners and the Police & Crime Panel for North Yorkshire have ignored their responsibilities to hold Chief Constable Winward to account and blindly supported her decision not to rigorously investigate Hope’s death no matter what. And (b) “Hope’s” identity is unknown, her family are therefore not aware of her fate and cannot campaign on her behalf.

In this documentary on the Midlands Ripper Alun Kyte, Chief Constable Mick Creedon of Derbyshire Police – wh,o as a Detective Superintendent, led the successful cold case investigation into Kyte – laments the unsympathetic attitude of the Police to ‘prostitute murders’, because of a belief that prostitution was a lifestyle choice and violence was an inevitable consequence of it.

The most basic civil right we all have is not to be murdered. When murder occurs, the organisation responsible for securing justice for the victim and her family is the police. This is a sacred duty on our police service. It should not depend on the personal opinions of Chief Constables on the morality of the victim’s occupation.

It therefore saddens me very deeply that a belief that being murdered or beaten up is an occupational hazard for prostitutes, arising from a lifestyle choice still prevails in NYP.

It also saddens me that the Chief Constable has used her repressive media policy to prevent close cooperation with local media and the investigation of crime.

Regular NYE readers will be aware that, for many years, NYE contributor Chris Clark has alleged that Halliwell committed more murders than the two for which he was convicted.

Chris covered this with crime writer Bethan Trueman in their book “The New Millennium Serial Killer” (NYE review by Evelyn Foley here). A full list of women they believe may have been murdered by Halliwell and a chronology of Halliwell’s life is below.

One of these alleged victims was Claudia Lawrence (pictured above, left), who disappeared near York in 2009.

A statement from Wiltshire Police on the investigation into the murder of Becky can be read here. It contains this assurance:

“More widely, since the conviction of Halliwell for the murders of both Sian O’Callaghan and Becky, the Force has continued to pursue all reasonable lines of inquiry and has, where relevant, worked with other forces, to consider whether Halliwell may be responsible for any further offences. To this end, the Force has recently commissioned an external review of the investigation, to identify any further investigative opportunities, as well as identify any additional learning emanating from the investigations into the shocking deaths of Becky and Sian.”

“No proper investigation has been carried out into Christopher Halliwell and so a new one has been instigated into his serial offending.

Whoever that team is, they are going to find the neglect of duty in this case has been staggering. It will be a police scandal on the scale of Stephen Lawrence.”

In 2021, NYP started searching a flooded quarry near York. Claudia Lawrence’s mother appealed for Christopher Halliwell to be investigated in connection with her murder. It now appears from the IOPC report that the antecedent investigation into Halliwell’s other victims has never been properly pursued.

The NYE has consistently argued that the investigation into Claudia’s murder was bungled by NYP and that Halliwell has never been impartially investigated as a suspect. These latest developments and Mr Fulcher’s comments above confirm this view.

Hopefully, this will give our readers further confidence in the quality of the NYE’s investigative reporting.

The NYE will continue to monitor the progress of the investigation and keep our readers informed.

TIM HICKS is to appear on a TV documentary on Halliwell in the near future to be broadcast on ITV.

Christopher Halliwell had interests in narrow-boating and fishing. He led an itinerant lifestyle working in the building industry, as a driver and as a grave-digger. He routinely used prostitutes.