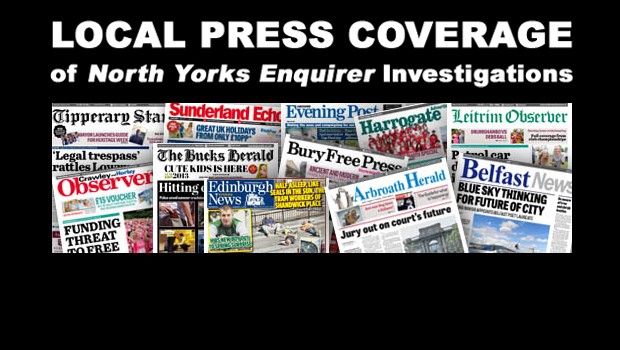 Before turning my attention to the typically inaccurate and biased reporting of the North Yorkshire Police legal action against myself and fellow NYE contributor Tim HICKS by our two local rags – the Scarborough News (known, in street parlance, as the Scarborough Suckbutt – presumably a reference to the paper’s primary function as a mouth-piece for the incumbent Scarborough Borough Council hierarchy led by former Scarborough Police chief Councillor Tom FOX, whose career during the SAVILE/JACONELLI years is under intense scrutiny) and the Whitby Gazette (street monicker: the Whitby Liar) – both edited by Ed ASQUITH, whose rose-tinted coverage of the York Potash Ltd proposals to mine potash from beneath the North York Moors National Park has been somewhat tainted by his own mineral rights holdings – I draw readers attention to the following item in today’s Whitby Gazette: 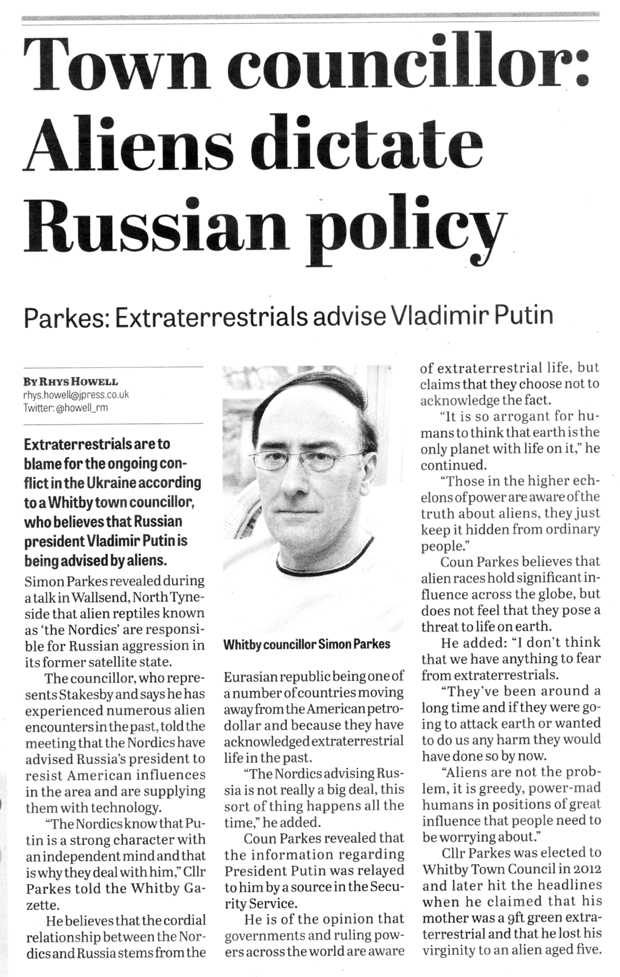 Readers may recall that I published an article back on 5th April 2012, entitled “More Things In Heaven And Earth”, in which I vigorously defended Councillor Simon PARKES in respect of his right to form and hold an opinion, and to express it freely. If Councillor Simon PARKES holds the belief that his mother was a 9′ green alien, that he indulges in extra-marital extra-terrestrial sex with a five-year-old, that inter-galactic reptiles know as ‘the Nordics’ are presently advising the Russian president – that is entirely a matter for him.

However, recent publicity of Councillor Simon PARKES’ beliefs is a cause for concern, because he appears to be suggesting that his membership of Whitby Town (Parish) Council in some sense indicates that the Council endorses his preposterous assertions, and that a visit to the radar early-warning station at RAF Fylingdales,  in his capacity as a Councillor, also confers some measure of ‘official’ credibility on his outlandish claims.

How interesting to learn that when Councillor Simon PARKES engages in debate in Whitby Town (Parish) Council meetings, he does so in accordance with the properties of the ‘Mantid’ third of his soul.

I would hope that neither Whitby Town (Parish) Council nor the Royal Air Force actually does endorse his views. His right to hold his extraordinary beliefs is enshrined in legislation; his attempts to propagate them under the aegis of public bodies is patently far beyond his remit as a democratically elected representative of the people, the majority of whom may be readily supposed to consider his views sufficiently off-the-wall as to get him sectioned.

Indeed, one wag [Lab.] has suggested that the only avenue of political advancement now left to Councillor Simon PARKES may be to stand for the office of Police & Crime Commissioner for North Yorkshire when the present incumbent‘s tenure comes to an end. I could not possibly comment.

I wrote to the Whitby Town (Parish) Councillors on 24th February 2015, asking (just asking) if it might be considered that Councillor Simon PARKES was risking bringing the Council into disrepute. No acknowledgement. No response.

In my email to the Councillors, I also mentioned the profound embarrassment visited on the Council by the information published on the Whitby Gazette web-site (since deleted) indicating that a member of the WTC Armed Forces Working Party was a habitué of the Chaturbate web-site, where users are invited to perform auto-erotic sex acts in front of their web-cams, whilst chatting with other like-minded users. One wag referred to him as “Whitby’s whining one-handed web-surfer”. I expect that remark may have considerable currency for some time to come. If I may say that?

These two embarrassments, coming as they do at a time when a small contingent within the Council is attempting to manipulate fellow members into approving the deployment of public funds to prevent further scrutiny of their practices, are together setting the Council up as an out-and-out laughing-stock.

Do they not know that there are elections on 7th May 2015?

Returning now to the Johnston Press coverage of the NYP action, I leave readers to draw the obvious conclusions; first from the Whitby Gazette coverage, followed by the Scarborough News. 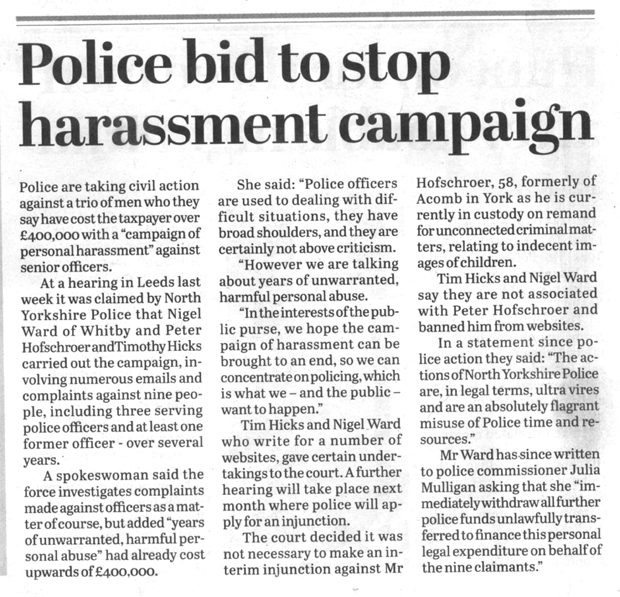 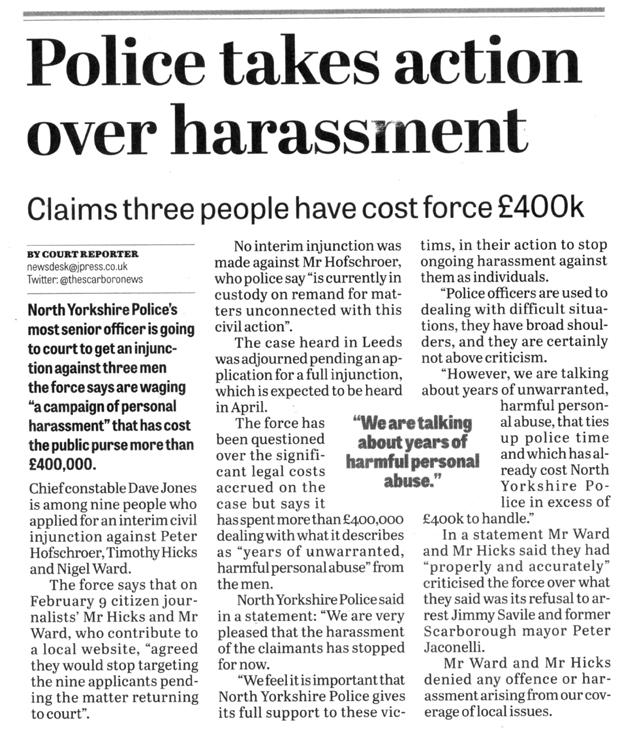 And, unlike the Yorkshire Post coverage (“Citizen journalists hit back over legal action”), Ed ASQUITH remains determined to never allow the words North Yorks Enquirer to appear in print in his ‘newspapers’.

I would guess that he just cannot afford to allow his readers to discover what real reporting looks like. 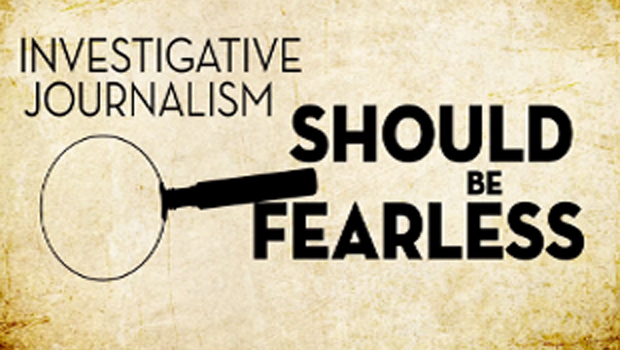