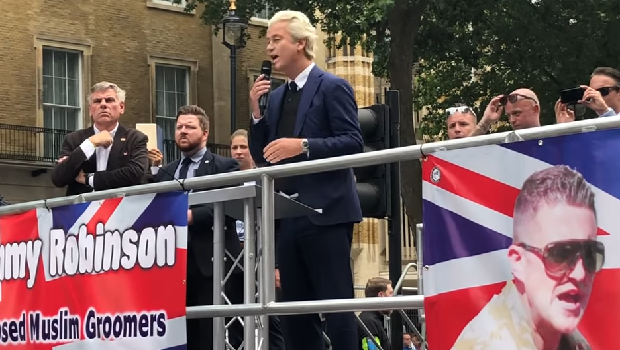 Yesterday in London, Geert Wilders, Dutch Leader of the Opposition from the Partij voor de Vrijheid (PVV or Party for Freedom) spoke at a rally in Whitehall. Mr Wilders spoke at the Free Tommy Robinson rally and he thanked the British men and boys for liberating his country from the Germans in World War 2.

Mr Wilders spoke about mass uncontrolled immigration and open borders that have been forced on many European countries by the EU and our own governments. He further spoke about the complicity of the UK government in the brutal rape of British girls by grooming gangs over many years. They looked the other way.

All of this will has a familiar ring to it as people from Scarborough remember that the local establishment, North Yorkshire Police, Scarborough Borough Council and the Scarborough & Whitby Conservative Party looked the other way as Jimmy Savile and Conservative Councillor Peter Jaconelli did exactly the same.

The most poignant part of the rally was Mr Wilders’ exit down King Charles Street to a waiting car on Horse Guards Road, which highlighted the personal price you pay for speaking out.

None of this was reported by the BBC but was in fact reported by Russian state media channel RT.