“Do You Trust Your Council?” 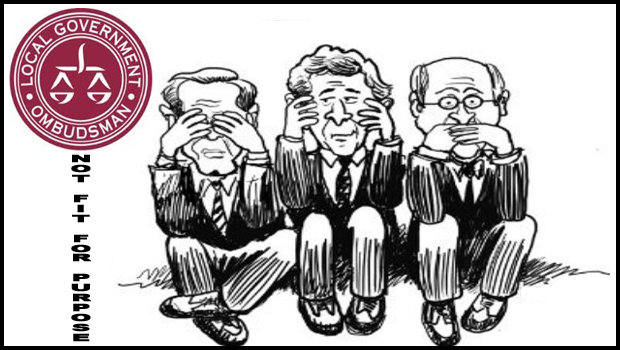 A Letter to the Editor from Trevor SAUNDERS of Cottingham, offering a suggestion to remedy the inadequacy of Councils’ Complaints Procedures.

Do You Trust Your Council or the Local Government Ombudsman?

No? Then let the local taxpayers have the power and funds to challenge their Councils, helping to prevent future tragedies such as Grenfell.

I write to express the view that Politicians, both locally and at Westminster, are not really interested in the CORE requirements for Localism to work.

Currently we have to suffer Local Authorities’ decisions that can only be challenged via the Ombudsman Service (LGO); between them they can arrange to override the complainant through a Local Settlement, irrespective of the fact that, in the first instance, for example, the Ombudsman has written an interim report stating maladministration on behalf of the Council but then refuses to reiterate this finding as a final Report, having come to a Settlement (excluding ALL others, including the complaintant) with the said Council. I think this speaks for itself and if allowed to continue then Localism and Justice are doomed to failure for Local Taxpayers everywhere.

If your complaint is against an employee of the Council, before you can approach the LGO (Local Government Ombudsman), the process requires that a complaint is first made to the Council, which then asks a member of that Council to investigate the accused employee; no points for guessing the outcome, so you would then have to go to stage 2 ( you get the picture ) . . . . before approaching the Ombudsman, who will not necessarily take your case. The LGO uses excuses not to take the case such as  “there is a Legal remedy”, putting the onus on the Courts with your individual money, should you have a spare £30,000 plus. That’s not going to happen!!

If you consider our MP’s could fight at Parliament for the approval and legislation for local Councils to collect an amount of money (via a Precept?) that is not for their disposal but to form a Legal Fund for local residents to, under strict conditions, take Council(s) to Court; but MP’s will not. Ask them!! Mr Javid has not replied.

The current Local Government Ombudsman system, and Parish Councils, would be scrapped and a locally elected Board of 12 people (two being lawyers) via postcode selection , plus an administrative staff (all members to exclude council employees, Councillors or anyone affiliated to a Political Party) would examine complaints against the Council thoroughly and, if the evidence warrants it, and the Council refuses to right that wrong, then it would be taken accordingly to a Court of Law by The Board. An annual charge on the Council tax of £20 per household/business would raise enough monies and not be a burden to the local tax-payers; scrapping the Parish Councils and their Precept monies would more than compensate. The complainant would not have to suffer the usual rubbish from their local Council, the complaint would be addressed on their behalf by the Locally Elected Board.

Councils would need to work better knowing such monies are available to get redress in a Court of Law; currently no one has such money and the Councils know it, but would use OUR money to defend themselves. An equal playing field would be created with complainants getting justice where necessary, NOT reports from the Ombudsman described as “Discontinued investigation: injustice remedied”, or “there is a legal remedy therefore we the LGO will not take the case”.

This is how it currently seems to work, during an investigation into a Council as soon as it becomes obvious to all concerned that maladministration leading to injustice has taken place, a local settlement is either offered by the LGO (Local Government Ombudsman) or asked for by the Council. If a settlement between themselves is agreed, further investigation is dropped and a report finding maladministration leading to injustice is never issued.

It is important to note that the complainant cannot stop the LGO terminating their complaint as a local settlement. It is agreed between the LGO and the Council only. Therefore, it can’t really be classed as a settlement and neither can it be classed as local.

Locally Elected Boards would act on your behalf, not the Council’s or their Officers’ behalf, thus allowing “Localism” to serve its purpose for the local taxpayer and justice. And ensure Councils carry out their Duties as required in Law.

Politicians, Councillors and Council Officers are against this because YOU the Public would be in control, justice openly seen to be done and increasingly Councils would have to be more accountable to YOU and give better Services at “value for money”.

Why are MP’s against this ??

Give us control over these local Councils , and scrap the useless Parish Councils ( and LGO ) transferring their yearly Precept money to fund the proposed Boards.

actions that a body has a legal obligation to carry out; there is no element of discretion, the law says that they must be done, otherwise a body or individual can be called to account. WITH LOCAL BOARDS WE CAN ENSURE THIS HAPPENS.

actions that a body can choose to do; it is up to the individual organisation to decide whether a particular action is necessary or desirable and whether it is justified and achievable. Unlike Duties these entitlements are discretionary.