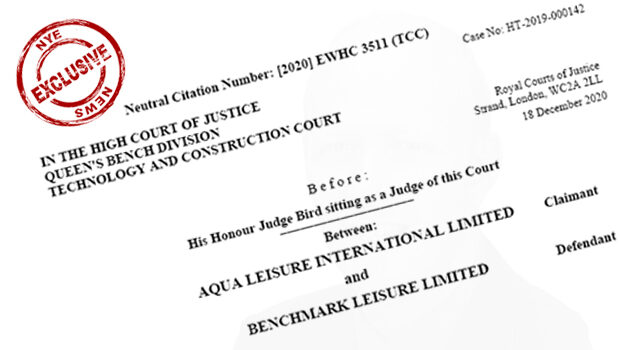 On the 18th December 2020 Benchmark Leisure Ltd appeared virtually at the High Court in London with regard to North Bay Water Park contractor Aqua Leisure International Ltd remaining unpaid from the 2015/2016 North Bay build. His Honour Judge Bird ordered Benchmark to pay £200,537.35. The documents stated that £94,139 has been paid and Benchmark need to pay £119,288.25 within seven days.

Later today Scarborough Borough Council (SBC) Cabinet meets at 10am to discuss an Urgent Decision on The Sands saga. The £200,537.35 judgement against Benchmark isn’t mentioned. It appears the Senior Officers at the Council are again not weighing up the risks properly by considering all the evidence at hand.

With their usual contempt SBC have barred the public from watching or listening to a meeting where millions of pounds of Borough taxpayer’s money is being committed. So much for Siddons’ transparency…