On the 16th April 2020 at 8PM uniformed Police officers from around Scarborough gathered at the main entrance of Scarborough Hospital and flagrantly broke the law. The gathering was not essential for work purposes.

The law in question is The Health Protection (Coronavirus, Restrictions) (England) Regulations 2020 under which the gathering was illegal. Section 7 of the law states:

A video of the gathering is shown below. Virtue signalling is all the rage in the modern Police service.

After viewing the illegal gathering and careful deliberation of the law, North Yorkshire Police #StayHomeSaveLives decided a Retweet was in order. 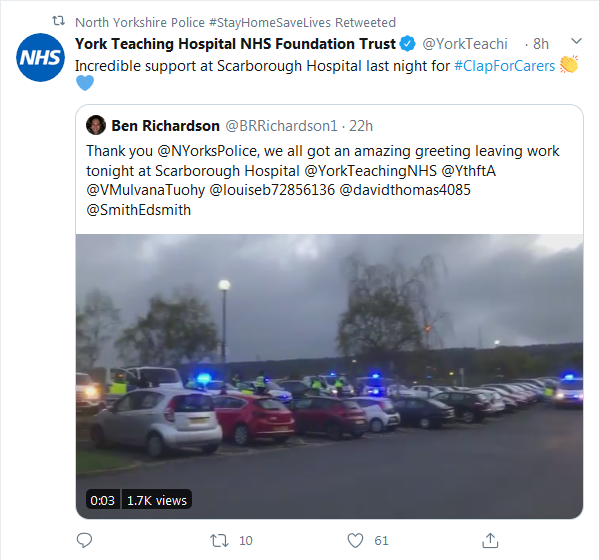 Another Police Clapathon organised by the Met Police in London attracted criticism after Chief of Police, Cressida Dick, led the clapping on Westminster Bridge whilst Officers ignored Social Distancing. There were calls for Dick to stand down after she led a botched anti-terror op that led to a Brazilian electrician being executed on the Tube. 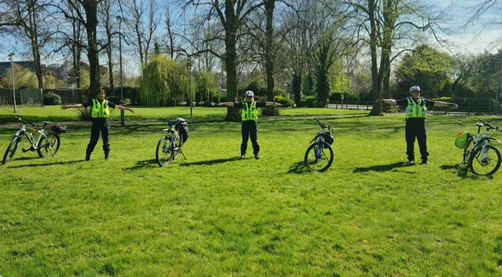