Yesterday the Planning & Development Committee of Scarborough Borough Council (SBC) met and decided not to decide upon the method of demolition for the Futurist Theatre, which stands on Foreshore Road, at that time.

Members of the committee decided that SBC’s application to determine the method of demolition for the Futurist, submitted by SBC Officer Chris Bourne, did not contain enough information to make a decision.

The Planning & Development Committee also resolved that prior approval was required by full council before the committee is able to meet and decide whether the method of demolition is suitable.

It is now expected that the fate of the Foreshore Road Theatre, which was built in 1921, will be decided on Monday 12th January 2015 at 2pm during the first full council meeting of the New Year.

Notices placed outside the Futurist Theatre by SBC indicate that the council intended to start demolition on the 19th January 2015, but without the approval of the Planning & Development Committee that would not be legal.

Should full council decide it is necessary to raze the Futurist Theatre to the ground, the method of demolition would still need to be approved by members of the Planning & Development Committee.

The next scheduled date the Planning & Development Committee meets is on January 22nd 2015.  SBC could decide to convene an emergency meeting if the council wishes bring the wrecking ball in on the 19th January. 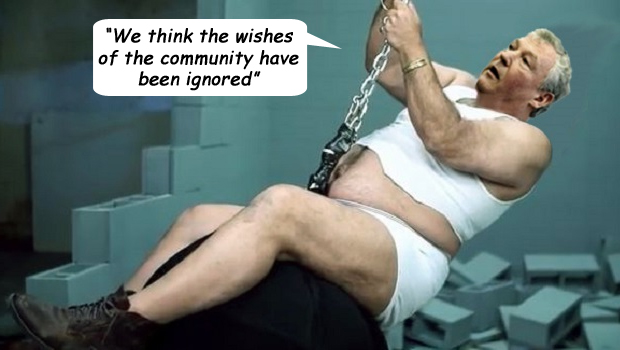