The NYE’s Police 7 articles are intended to be a one-stop shop for our readers covering crime prevention advice, court reports, police appeals for assistance, local community policing news, information on victim support, updates from the North Yorkshire Police (NYP) and the Police, Fire & Crime Commissioner (PFCC) for North Yorkshire, and the Coroner.

We lead these articles with a photograph of the late Shaw Taylor, as a tribute to him. Shaw was a groundbreaking forensic journalist, who pioneered Police Media Appeals for information in the programme Police 5. His work led to the successful conclusion of many casses in the UK, Europe and the United States through local programmes that followed the pioneering format of his original programme called Police 5 in 1962.

North Yorkshire Police  (NYP) is appealing for the public’s help to locate 38-year-old Richard Hurst who is wanted on recall to prison after breaching his licence conditions. If you see Hurst, do not approach him as he is known to be violent. 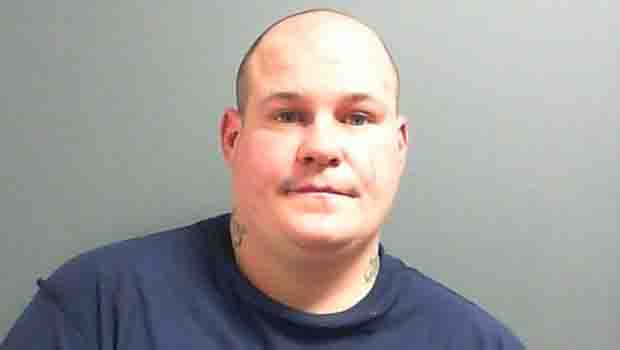 Police are appealing for witnesses and information following an assault at the grassed area of Esplanade Gardens, Scarborough about 1pm on Wednesday 23rd February 2022. The incident involved an altercation between two dog walkers one of whom punched the other in the face.

Police are appealing to anyone who was on Aberdeen Walk, Scarborough at around 11:50pm on Monday 14 February 2022 when two males attempted to take a mobile phone from a woman walking along the street.

At around 6.55am on Saturday 29 January 2022 a woman was walking her two Rhodesian Ridgeback dogs over the new bridge on the A171 into Whitby, in the direction of Whitby sixth form college when she was approached by a man dressed in dark clothing. The man demanded she hand over her handbag and purse and made threats to harm her dogs.

Officers are appealing for anyone who was in the area at the time of the incident, who may have witnessed anything suspicious to contact them. They would particularly like to hear from any motorists or cyclists who passed over the bridge around that time who may have captured camera footage of either the incident, the woman walking her two distinctive dogs, one which was wearing a ‘caution’ vest or a suspicious male in the area of the sixth form college or the Helredale Road side of the bridge.

Police are appealing for witnesses and information about a robbery on Ramshill Road near Valley Bridge, Scarborough, between 11.30pm and 11.45pm on Monday 14 February 2022 and involved two men who approached a man in his 40s, barged into him and stole his Apple Watch and wallet.

At approximately 9.15pm on Friday 11 February 2022 a 50-year-old man was assaulted while walking along Windsor Terrace in Whitby, near to the library. The incident left the man with a laceration to his head which required hospital treatment. North Yorkshire Police would like to speak with anyone who can provide information in relation to this matter. They would particularly like to speak to a man and a woman who were seen in the area at the time of the assault, as they may hold important information.

Anyone who has information which could assist the investigation is asked to dial 101, select option 1 and speak to the Force Control Room. Crimestoppers can be contacted anonymously on 0800 555 111.

Following an intensive four-year investigation by North Yorkshire Police’s Organised Crime Unit, a married couple have been brought to justice for sexually exploiting seven vulnerable women in what amounted to modern day slavery in a brothel.