Book Review: “On the Trail of the Yorkshire Ripper – His final secrets revealed” – by Richard Charles Cobb

I was seventeen when Wilma McCann was murdered in Leeds in 1975. Following the murder of Emily Jackson in Leeds on the 12th of January 1976, West Yorkshire Police linked both murders. On the 19th of February 1976, it sent an urgent message to all forces asking for information on any other similar prostitute murders, little knowing that this would begin the terrible ordeal of the Yorkshire Ripper enquiry.

I became aware of the Yorkshire Ripper shortly after that when the national press picked up the story. I remember very well the stark black and white photograph of Wilma McCann in the picture below of his first three acknowledged victims (left to right) Wilma McCann, Emily Jackson and Irene Richardson that illustrated the article. 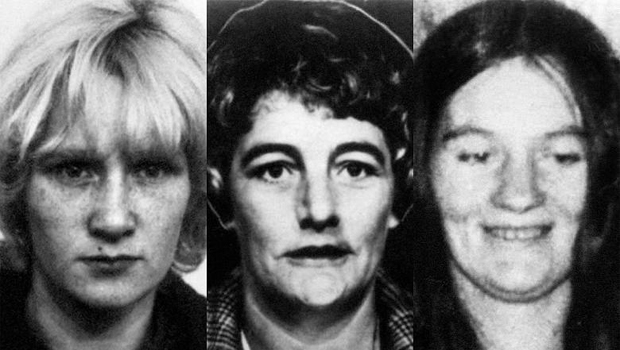 I followed the case with great interest from 1976 until Peter Sutcliffe was arrested in January 1981. Since then, I have worked with Chris Clark on looking at unsolved murders and attempted murders that were not officially attributed to Sutcliffe but which he could have committed. I have read most of the standard works on the Yorkshire Ripper, so I was confident that I would not learn much from this book. I bought it primarily because it had high quality diagrams of some of the crime scenes.

How wrong I was. I learned a lot from the book and it has an outstanding analysis of Peter Sutcliffe, his crimes, his victims and the reasons for the failure of the police investigation by West Yorkshire and Greater Manchester Police.

The book is well structured in chronological order, starting with one chapter on Peter Sutcliffe’s early life, another on the first three unsuccessful attacks on Anna Rogulskyi, Olive Smelt and Tracey Browne as Sutcliffe honed his skills as a serial killer. Thereafter, each attack is covered in a single chapter. All of the murders and attempted murders Sutcliffe was convicted of are covered in the book. The attacks on Tracey Browne that Sutcliffe confessed to, Maureen Lea where there was enough evidence to convict him but the police did not prosecute him and Olivier Reivers which was prevented because Sutcliffe was arrested before he could kill her are also covered. There are additional chapters on the notorious hoax ripper tape and the trial. I found this structured chronological approach helped in understanding the way the police investigation developed and why it failed.

The book is beautifully written and easy to read. Nonetheless, Cobb’s writing style is dispassionate factual and direct. So the account pulls no punches and describes the full details of each attack. Whilst it was a very stimulating read and I finished it in three evenings, I could not help but reflect on the suffering of Sutcliffe’s victims.

It was the attention to detail and evident meticulous research that impressed me about the book. The author had visited and walked all the crime scenes to get a good understanding of what happened. He has also visited the victims graves. This attention to detail land the author’s analytical ability shines through. Each crime is painstakingly analysed, but three chapters stand out.

In July 1977, Sutcliffe had attacked Maureen Long, who survived. She was the only person that the police knew for certain was a surviving Ripper victim and who could identify Sutcliffe. She was therefore the most important eye-witness and represented a very serious threat to him, should he be arrested. Sutcliffe said he had seen Long in the Arndale Shopping Centre after the attack on Marguerite Walls. Cobb suggests this encounter actually took place before his attack on Marguerite Walls and it caused Sutcliffe to fear of discovery by this witness. Cobb’s research revealed that Maureen Long’s address – 22 Donald Street in Farsley – had been published in Sutcliffe’s local paper, the Bradford Telegraph & Argus. Maureen Long’s home was thirty yards, or one minute’s walk from Claremont House. Both women were of the same height and build with short dark hair and both were wearing black and carrying a brown handbag when Sutcliffe attacked them. Cobb suggests that Sutcliffe was actually waiting in ambush hidden in the secluded grounds of Claremont House, to kill Maureen Long while she was on her way home, but mistook Marguerite Walls for Long.

We know that Sutcliffe read of his attacks in the paper to try and gauge the progress of the police investigation, so it is quite possible that he found out where Mo Long lived from irresponsible press coverage. We also know that he had a wide range of A-Z Maps and would have had no difficulty finding Donald Street, which is a cul-de-sac off New Street. He would have realised, from the A-Z, that to get home from work, Long would probably walk along the well-lit New Street before turning into Donald Street. Both women had a prominent jaw line giving them a facial resemblance. So I thought this deduction by Cobb was highly credible. It was missed by the police at the time.

Cobb also asserts that the reason Sutcliffe used a ligature was to decoy the investigation into believing he was not responsible. This worked brilliantly. The use of a ligature and lack of stab wounds, coupled with the unusual location led police to state that they did not believe it was the work of the ripper. Sutcliffe had successfully used a decoy -in this case a change in modus operandi- to deceive the police investigation. I again find this deduction highly credible. The author’s work with retired police officer Chris Clark has confirmed that Sutcliffe routinely changed his modus operandi to confuse the police.

The book is meticulously researched. As an example of this, apart from the photographs of the victims – which are in many cases the only ones available – many of the photographs are not the standard photographs that feature in most works on the Yorkshire Ripper, or have been prepared specifically to illustrate the book.