The Enquirer has been provided with a copy of a letter from Scarborough & Whitby MP, the Rt.Hon. Robert GOODWILL, to the Secretary of State for Housing, Communities & Local Government, the Rt.Hon. Robert JENRICK MP, requesting his direct personal involvement in the current furore over the balloting process which ‘legitimised’ the Yorkshire Coast Business Improvement District (YCBID). 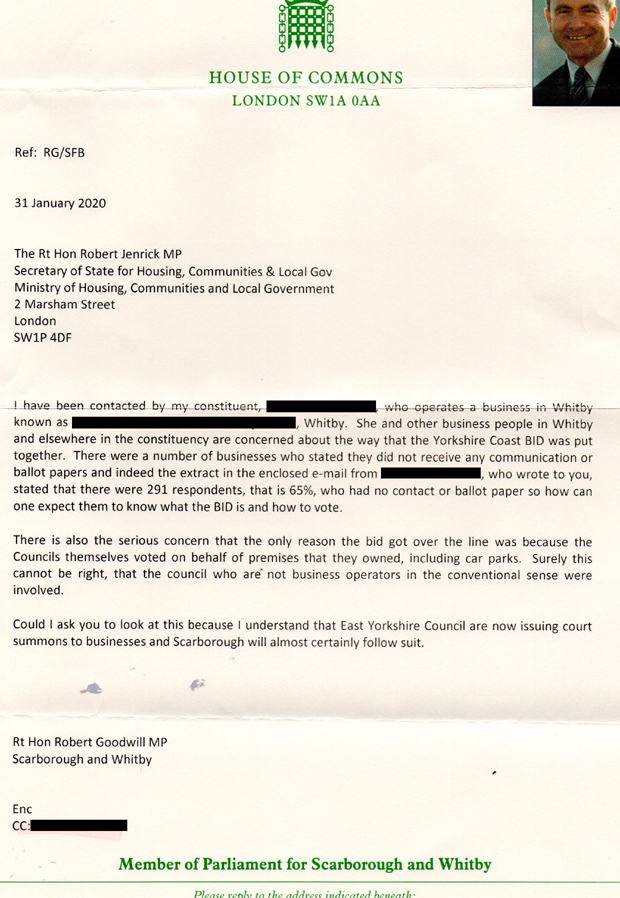 It is not presently known whether or not Mr GOODWILL’s decision to write to Mr JENRICK was in any way informed by the yet-to-be-announced findings of Mr Peter STANYON (CEO of the Association of Electoral Administrators), who has been investigating certain aspects of the ballot process, having been commissioned to do so by Scarborough Borough Council.

MR STANYON has proclaimed hisa determination to ensure that democracy is well-served. He has confirmed that he has further revised his deadline for the submission of evidence to Thursday 6th February 2020. 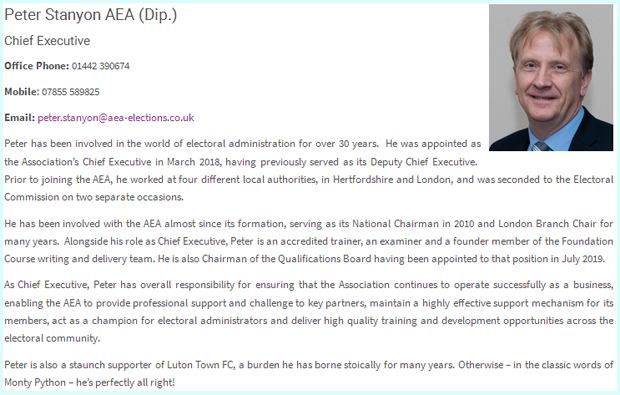 In other news, Mr Guy Howard  SPARKES, who was appointed to the Board of Directors of Yorkshire Coast BID Ltd just three months ago on 28th October 2019, has resigned, as of 15th January 2020. 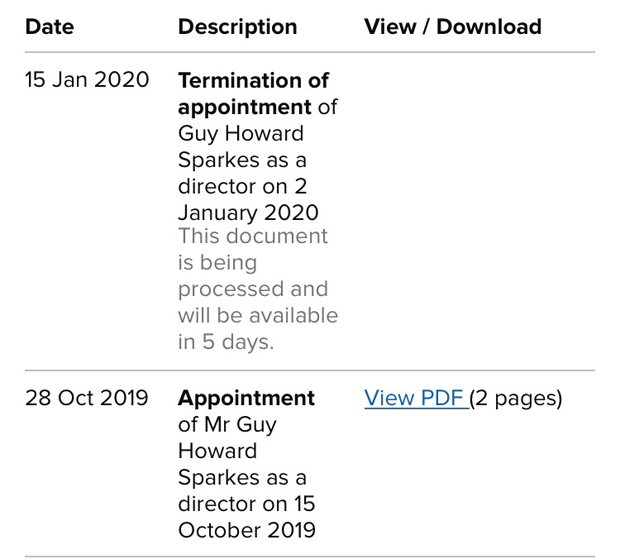