To be clear, I am not an accountant or solicitor. I am not even a real estate agent. And whilst it is true that I have lived a life of relatively wide experience, I have never had even a passing acquaintance with Title Deeds and leases.

So I approach the present topic from the position of the total layman, with appropriate apologies if I am merely displaying my unbounded ignorance.

I am, by disposition, curious. When I encounter material relating to an area of knowledge that is a complete mystery to me, but which I nevertheless find interesting, I begin by asking questions.

Let me offer an example:

I have been perusing some Titles from the Land Registry relating to the plot of land identified as NYK433979 – land lying to the north-east of 55 Burniston Road, Scarborough (Y012 6PN). The immediate locality of the Alpamare Waterpark . . .

At the Full Council meeting held on 8th January 2018, Councillor Helen MALLORY [Con.], Portfolio Holder for Corporate Investment, responding to questions raised by Councillor Tony RANDERSON [Lab.], read out a prepared statement on the Waterpark and adjoining Car Park, stating that the facts were that the Council remains the freehold owner of the Waterpark and the adjoining Car Park and that on the 29th July 2016 the Council granted a 35-year lease of the Watepark and the adjacent Car Park to Benchmark Leisure Ltd.

In particular, I direct readers’ attention to the section of Councillor MALLORY’s Statement from 00:24 to 01:21 in the above video-clip (my transcription below, with key text highlighted in blue):

“I therefore take this opportunity to put the record straight.

The facts – and it is the facts that I am going to deal with – of the matter are:

The Council is and remains the freehold owner of the Waterpark and the adjoining car park.

On the 29th July 2016, the Council granted a 35-year lease of the Waterpark and the adjoining Car Park to Benchmark Leisure Ltd.

By the terms of the lease, where there is an active insolvency against Benchmark Leisure Ltd, then the Council is able to terminate the lease and take back possession of the Waterpark and adjoining Car Park.

Benchmark has the ability to exercise the option to buy the Waterpark, subject to full repayment to the Council of the loan outstanding. As the Council has retained freehold of the Waterpark and Car Park and is able, is able, to terminate Benchmark’s lease in case of insolvency, there was no requirement to take a separate financial charge against the company to protect the Council’s financial investment.”

Or, conversely, did Scarborough Borough Council blow the chance of dealing directly with Marston’s Estates Ltd – thereby cutting out the middle-man and picking up a cool £1,087,200 for the lease (excluding rents), instead of a relatively paltry £44,500 (excluding rents).

Planning permission granted to Marston’s Estates Ltd includes part of the Car Park adjacent to the Waterpark. Land Registry searches appear not to return any reference (though I may have overlooked something; if so, my apologies) to a 35-year lease on the Waterpark itself, or on the adjacent Car Park, referring only to 142-year leases.

Could Councillor MALLORY please provide, for public inspection, any Title or other document held by the Council disclosing a 35-year lease between SBC and Benchmark Leisure Ltd – and answer the following questions:

(1) Why was the lease granted so cheaply when, self-evidently, the lease had a market value at least 25 times greater than the £44,500 paid to SBC by Benchmark Leisure Ltd?

(2) How could it be that MARSTONS paid Benchmark Leisure Ltd £1,087,200 for a lease of 142-years duration which appears to comprise a part of the plot which, as stated in Full Council, is owned by the Council and which was asserted to be subject to only a 35-year lease?

It would be helpful if Councillor MALLORY (guided, no doubt, by Mr EDWARDS) were to provide some clear answers to these simple questions from a simple man.

It is, in fact, the ‘leased’ Councillor MALLORY could do. (See what I did there?). 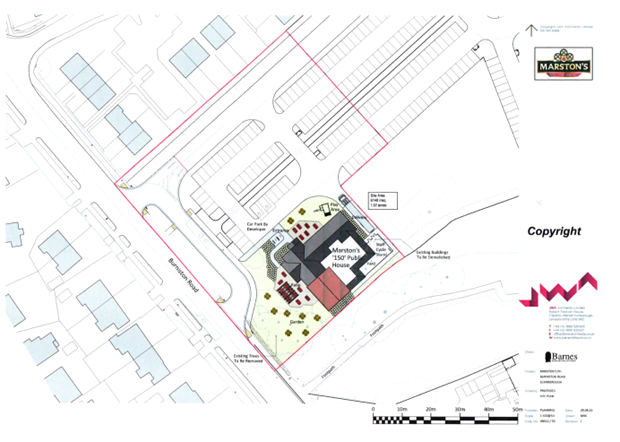