Entitled “Jimmy Savile photograph proves he took out Rampton patients”, the article is reproduced below. Stopping short of naming Savile’s companions, it describes how Savile took a group of Rampton patients to Scarborough, where they met Savile’s mother Agnes (‘The Duchess’), enjoyed a pleasure boat ride, visited an ice cream parlour and an amusement arcade, had tea with the Lord Mayor and posed for a group photograph in the Town Hall grounds. This corroborates the findings of Tim Hicks, as published on Real Whitby earlier this year.

Although the names of the proprietors of the ice cream parlour and the amusement arcade are not disclosed, Savile’s Rampton excursions took place in 1971 and 1972 (when Peter Jaconelli was Mayor) – some years after the abuses alleged by Councilor Geoff Evans and Mr Trevor Harrington – leaving little doubt as to their identities. Peter Jaconelli’s sexual proclivities were widely known in Scarborough and beyond, throughout the ‘Sixties – and thereafter. 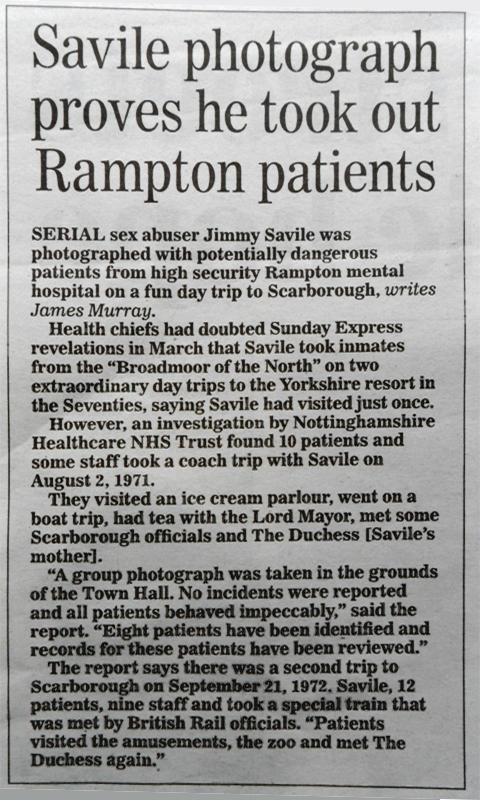