The NYE has developed a specialist group of readers that are interested in police history and famous cases, many of whom are serving or retired police officers.

Tim Hicks reviews a book by NYE contributor Chris Clark and Adam Lloyd on Scottish serial killer Angus Sinclair (pictured above in 1977 on the cover of the book), who was convicted of four brutal murders.

Sinclair died in 2019, but there is still enormous controversy about the actual number of murders he committed. There are also concerns that on two occasions innocent men were convicted of crimes committed by Sinclair. One of these is undoubtedly the most controversial in Scottish criminal history.

This is a meticulously researched, well-argued, fact-based antecedent investigation into the crimes and life of Scottish serial killer Angus Sinclair.

The title comes from Sinclair’s ownership of a camper van, which he allegedly used to go fishing on the weekends. In fact, it gave him a perfect cover to travel all over Scotland, so he could murder wherever he wished, leaving very little trace.

The depth of research behind the book is shown early on, in the chapter on Sinclair’s first murder – seven-year-old Catherine Reehill, in 1961, who he was convicted of raping and murdering when he was seventeen. The authors were able to trace Sinclair’s psychiatric, prison and probation reports from the time, which give a very good idea of Sinclair’s core personality and identify that he was already destined to be a serial killer. The authors identify the main aspects of his modus operandi evident from this first murder and the way Sinclair was able to manipulate the prison service to obtain early release.

The authors then detail chronologically Sinclair’s life and horrific criminal career, including burglaries, violent armed robberies, multiple rapes and another fifteen murders that Sinclair has been accused of committing. They analyse the three additional murders he was convicted of. Then set out the evidence, and deductions that lead them to conclude he committed another eight murders, may have committed another two murders, where the evidence is not so strong, but clear him of involvement in two murders. A total of fourteen murders, ten of which he was never charged with.

Chillingly, they point out that “These are just the ones we know about. How many missing persons also lost their lives to Sinclair?”

Sinclair’s most high profile offence is the World’s End Pub murders of Helen Scott and Christine Eadie in 1977, which he perpetrated with his brother-in-law Gordon Hamilton. It was for many years Scotland’s most high profile unsolved crime. The clarity with which the authors cover the police investigation and the relentless determination to obtain justice for the two victims is well covered. As is the collapse of Sinclair’s first trial in 2007 and the impact the case had on the Scottish justice system. This led to the reform of the double jeopardy rule in Scotland, which allowed a second trial, based on new DNA evidence that led to Sinclair’s conviction in 2014. His co-conspirator Gordon Hamilton died in 1996 and escaped justice. 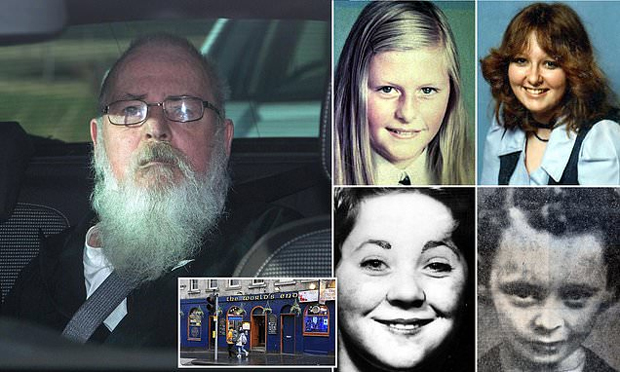 In each case, the same degree of meticulous analysis is applied. The arguments for and against Sinclair being the killer are put in an impartial and balanced way, leaving the reader with the uneasy feeling that the authors’ conclusions have substance and that Sinclair had many more victims than those for which he was convicted. 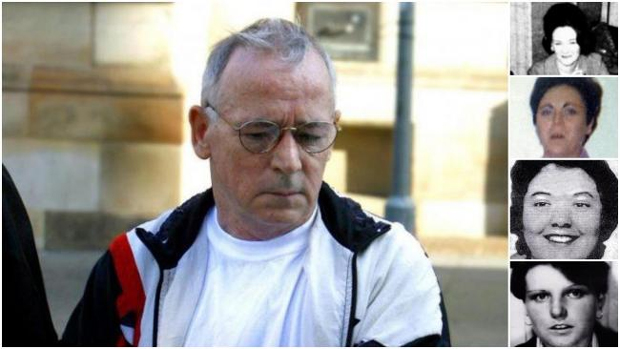 Unfortunately, Hamilton, who assisted Sinclair in the World’s End murders, did not have the same degree of notoriety as Sinclair. His family disowned him and destroyed all of his possessions. So this, coupled with the failure of various Police Forces to retain evidence of cold cases has made researching his crimes and the part he played in murders committed by Sinclair very difficult.

Sinclair was clearly the dominant party in their relationship. Nevertheless, the authors have tried to cast light on Hamilton’s offending to identify which crimes he assisted Sinclair with and if he was also operating as a serial killer on his own. He certainly participated in violent armed robberies and the murders of Helen Scott and Christine Eadie with Sinclair. It is very difficult to believe that these were the only crimes he committed and that he just stopped in 1977.

Chris Clark is a retired Police Officer and this shows in the analysis of the Police investigations. The book is unbiased in analysing the successes and failures of the Police. It is particularly scathing of the failure to retain exhibits, which prevented many of these cases from being closed in later years.

In two cases that the authors identify as having been committed by Sinclair, they assert that there was a miscarriage of justice and the wrong men were convicted. Rapist Thomas Young was convicted of the murder of Frances Barker in 1977. George Beattie aged nineteen, who was a fantasist with learning difficulties, was interrogated for hours without a solicitor before he confessed, was convicted of the murder of Margaret McLaughlin in 1973.

Sinclair died in 2019 alone and unlamented, without making a full confession – thereby causing more anguish to the families who believe he was responsible for the murder of their loved one. He showed no remorse for his actions at any time.

The book is strongly orientated towards the victims and their families, who in many cases have been traced and quoted in the book. The impact of Sinclair’s and Hamilton’s crimes on the victims’ families is covered sympathetically, as are the grave consequences for Sinclair’s family, who were also devastated. The Beattie case is particularly well covered and presents an overwhelming case that he is innocent, and another victim of Angus Sinclair. This all gives the wider human context to the devastating impact Sinclair had on many, many innocent lives. In this respect, the authors have set a new standard and, whenever possible, have given the victim’s families a voice.

There is no comprehensive official comment or Police antecedent investigation on the crimes of Angus Sinclair and Gordon Hamilton available to the public. I suspect this may be because any such investigation would undoubtedly damage the reputations of many Police Officers, some of whom are still alive. It would also undermine public confidence in the Scottish judicial system.

This illustrates the need for the Police, prosecutors and the judiciary to be held to account by journalists through works like “Gone Fishing. The unsolved Crimes of Angus Sinclair”. This is the only credible and impartial antecedent investigation into Sinclair’s crimes available to the public. The authors assert that it is absolutely unacceptable that so many families should be denied an answer on the sole basis that the files have been lost. They call for an apology to the victim’s families by Police Scotland over the way the cases were investigated by its predecessor Forces and a public enquiry.

I can only hope the knowledge that the authors have impartially investigated Sinclair and attributed ten additional victims to him will be of some comfort to their families and to George Beattie.

The book is 215 pages long, well written and easy to read. It has twenty four black and white illustrations, one diagram and a chronology. It lacks a map showing the various locations involved, which is a pity, but not a significant flaw.

It is highly recommended for anyone with an interest in true crime, famous cases, or complex police investigations.