Further to my recent “Corruption Busters” article on Jimmy Savile, we have received more information from Whitby and Scarborough residents, liaised with some national and local press organizations and accessed additional open sources.  We have also had access to the Operation Yewtree and Operation Ornament Reports into Savile.

This has allowed us to develop fresh information on Savile.  In particular, it appears he operated in paedophile-rings and we believe we have now identified three or four of them, and I am investigating a possible fifth.

Although Savile was a loner, never married and apparently did not form normal human relationships very easily – or indeed at all – he seems to have had close relationships with these five people:

1) His mother Mrs Agnes Savile, with whom he lived in her flat at the Esplanade, Scarborough, for much of his life. 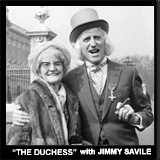 2) Mr Alan Franey, who was a member of the Leeds General Infirmary Management Team when Savile worked there as a volunteer, and who became the General Manager at Broadmoor after Savile specifically requested Mr Franey to assist in his Broadmoor taskforce. 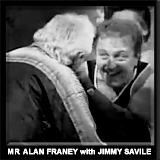 3) Mr Peter Jaconelli, who was a local Councillor, an Alderman and former Mayor of Scarbrough. 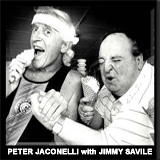 4) Mr Jimmy Corrigan, who was a Scarborough businessman and member of the same running club as Savile. 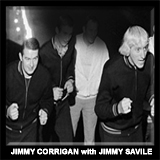 5) Mr Cyril Smith MP, who was first identified as a paedophile in 1979 by “Private Eye”. 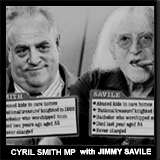 The fresh information we have developed is as follows:

We have obtained further evidence of the close friendship between Savile and Mr Corrigan, which was not just limited to the running-club that Mr Franey, Mr Corrigan and Savile were members of:

“Jimmy was a close friend of Jimmy Corrigan who owned the amusement arcade on the Foreshore and Jimmy was one of my customers. I spent a lot of time with him through work and socially and was aware that he and Jimmy Saville had lots in common. They both had a “Roller” and when they took delivery they immediately ordered another one because there was a waiting time of 3 or 4 years. Then they would sell the old one on at nearly the same price they paid for it.“

In his 1974 autobiography “As it Happens”, Savile boasts that he and a millionaire friend had sex with six girls provided for him by a Council Chairman as a reward for attending. We suspect that the ‘millionaire friend’ was Jimmy Corrigan.  It appears from the description “girls”, and the fact that one of their fathers took the girl away, that they were under age.

Prior to moving to The Esplanade, Savile’s mother lived in Filey Road, Scarborough, very close to the May Lodge National Children’s Home. Savile visited his mother in Scarborough frequently and although we have no evidence to suggest there were any offences committed against children from the home, it remains a concern.  It also appears he had some contact with at least one child from the home as a result of his charity fundraising, although this appears to have been completely innocent and not a cause for concern.

In the last article, we pointed out that Savile travelled regularly between Leeds and Scarborough by train and frequented the Wimpy Bar that stood opposite Scarborough station; our concern being that he may have been committing sexual offences on the Leeds to Scarborough line.  The Operation Yewtree report confirmed that Savile committed at least one offence on a train, having assaulted a woman on a train from Leeds to London in 2009.  A spokesman for British Transport Police (BTP) said,“BTP received a historic allegation against Mr Savile in October 2012. This was in relation to an incident on board a train traveling between Doncaster and Leeds in 1974. This offence was investigation by the Metropolitan Police’s Operation Yewtree team.  BTP have not received any further allegations of Mr Savile committing offences on the railway network”.

Savile’s close relationship with Cyril Smith, referred to above, is very interesting and revealing. Both men shared a close friendship for forty years, no doubt reinforced by their common sexual preferences. Both were devoted to their mothers (Smith made his mother the Lady Mayoress of Rochdale and Savile referred to his mother as “The Duchess”), never married, escaped detection by the Police, evaded prosecution by the Crown Prosecution Service for the whole of their criminal paedophile careers, thereby escaping any consequences for their crimes during their lifetimes, although they were known to the Police and the CPS.

According to The Mirror, Cyril Smith was connected to another paedophile named Horgan who was also involved in the Satanic and sado-masochistic abuse of children. The article alleges “The shock revelation over the satanist and MP’s friendship raises questions over any role Smith and Jimmy Savile may have played in Horgan’s paedo ring. Horgan organised a series of satanic-themed orgies for like-minded paedos.  In one of them he raped little Michael and an even younger female child before watching on as others did the same. The monster, whose youngest victim was only two, also hung up his stepson and the girl on hooks.  In further horrendous episodes he stripped the children naked, blindfolded them and tied them to a cross next to a black magic altar so that his “disciples” could use them for sex.  Youngsters from two to 13 were drugged, tortured and sexually abused during the satanic ‘ceremonies’.”

According to Operation Yewtree, there is “no clear evidence” he operated in paedophile rings, although “whether he was part of an informal network” is still being investigated.

However, according to the BBC, Savile “had different groups of friends in different places. They were his “‘teams’, he called them”.  It appears from the above that Savile operated in the following “Teams” (to use his term instead of the usual ring, sect, covern, network or gang):

Although it must be stated we only have circumstantial evidence linking Savile to the paedophiles who are alleged to have committed offences in the Rochdale “Team/Ring”.  Given his obsessions and that he is alleged of have thought of committing sexual offences against children “every waking minute”, it is unlikely that this was coincidence or that Savile would have been unable to resist the temptation or pass up the opportunity of participating.

Although North Yorkshire Police did miss an opportunity to arrest Robert Smith (one of Britain’s worst offending paedophiles) in 1987, merely issuing a caution instead of arresting him,  their recent record for investigating paedophiles in Scarborough and Whitby is actually quite impressive. They seem generally to have quite an effective and aggressively-led Protecting Vulnerable Persons Unit and it appears it dealt with a lot of paedophile activity, particularly in Scarborough.

Yet North Yorkshire Police did not disrupt the longest running and most successful paedophile-ring in British history that was operating openly for over fifty years in small seaside towns where they were well known locally for their activities.

Surrey Police have confirmed that it contacted North Yorkshire Police on the 20th of July 2007 asking if they had intelligence or information on Savile.  (Operation Ornament  Report can be accessed here Reference: paragraph 7.15). They received a response confirming that North Yorkshire Police had no knowledge of him on the 21st or 22nd of July 2007; although according to The Express, Savile’s activities had been public knowledge locally and allegations of sexual abuse had been made against Savile to the Police in 2003 (during the successful investigation of Brian Rutter) and he had been a subject of interest in that inquiry.

If this is so, then the information and intelligence developed should have been recorded in the system in 2003, and then passed to Surrey Police in July 2007. It was not.

Savile was a nationally known and very influential figure, connected to the highest levels of British society, who had regular Friday morning meetings with nine police officers in his flat in Leeds.  It is not yet clear if officers from North Yorkshire police attended them, although a spokesman for British Transport Police (BTP) said “We are unaware of any BTP officers attending any private meetings with Mr Savile.”

Savile was also adept at manipulating the Police or intimidating them if necessary, and has been alleged to have routinely bribed Police Officers.  One serving Police officer acted as his driver and bodyguard, another officer “Inspector 5” who was the West Yorkshire Police Force Incident Manager based in their control room, acted as Savile’s PA when Surrey Police asked to interview Savile undr caution as part of a criminal investigation (Paragraph 7.25 of the Operation Ornament report above) and made arrangements for the interview to take place at Stoke Mandeville Hospital the next day, instead of a police station. During this interview set up by “Inspector 5”, Savile threatened Police Officers and was able to manage and dominate the interview easily, because it took place in Hospital premises, not a Police Station, as would be the normal practice.

Could this ability to influence an intimidate Police officers explain why the Surrey Police enquiry in 2007 elicited no mention of the 2003 Police interest in Savile, which should have existed in North Yorkshire Police computer records?

Although I am open to correction, it appears to me that either The Express report is wrong; the information gathered in 2003 was not entered into the computer; it was subsequently removed, or it existed and this information was not disclosed to Surrey Police. In this context, I am aware from another investigation of allegations of corruption against at least one Officer in the North Yorkshire Police Force Intelligence Bureau – which handles requests for information from outside forces – although this took place three and a half years later in 2010.

We will probably never know the explanation for this inconsistency, because North Yorkshire Police Chief Constable Tim Madgwick is refusing to comment or provide any explanation.  Contrrast this with the open, prompt and helpful response we received from the British Transport Police.

In summary, the worst serial offender in British history operated openly in Scarborough and Whitby in the longest running paedophile-ring in the history of policing in the UK despite being known to the police. 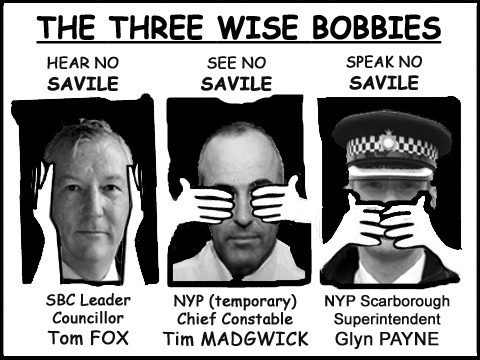 That is bad enough.

However, the final piece in this chain of events is that it was ex (Acting) Chief Inspector Tom Fox, who commanded policing in Scarborough for some time during Savile’s period of offending, who  as Councillor Tom Fox recommended that he be made a Freeman of the Borough in 2005.

At least his motion to withdraw the Honorary Freeman status from Savile has been published nationally, giving him excellent personal publicity.