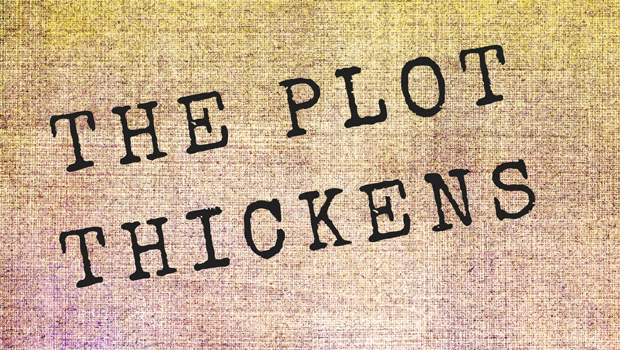 Following my initial report on widely-disseminated allegations of “sexist bullying” having been levelled against SBC Leader Councillor Derek BASTIMAN [Con.] and Councillor Joe PLANT [Con.], followed by a first up-date on the matter, I am now able to report a further development.

On the last day of the old year, the complainant Tweeted the following, seemingly in reaction to the earlier Tweet of Kevin HOLLINRAKE MP (see first up-date):

MP Mr HOLLINRAKE [Con.] , who was appointed as Parliamentary Private Secretary (PPS) to the Rt.Hon. Michael GOVE MP [Con.](tagged in the Tweet) last June, then swiftly transferred to the Leader of the House of Commons, the Rt.Hon. Michael LIDINGTON MP [Con.] in July), had apparently been aware of highly questionable treatment of Councillor Michelle DONOHUE-MONCRIEF [Con.>Ind.>Con.], both in 2016 and 2017, having initially attempted to intervene on her behalf.

Mr HOLLINRAKE’s reversal would appear to be in response to the Tweet by Councillor Dilys CLUER asserting that “something went very wrong” (in reference to the way in which Cllr Michelle DONOHUE-MONCRIEFF was treated):

Councillor CLUER’s appeal for “truth” is to be applauded. In effect, it calls upon (amongst others) Mr Kevin HOLLINRAKE to come clean about his knowledge of events. Any reticence evinced by Mr HOLLINRAKE must be ascribed to the fact that this is a very Conservative affair – that is to say, the party’s good name (?) outweighs all else – even the life of one of its own members.

On New’s Day, in the late afternoon, the complainant once again emailed all SBC Councillors, singling out Councillor Joe PLANT [Con.] for personal attention:

Can you please confirm that your threat of legal action has now been withdrawn.

I assume that you have been informed by Cllr Bastiman and Kevin Hollinrake as to what actually happened late in 2016.

Can I also thank Cllr Dilys Cluer for confirming that there are questions to be answered as to the actions of  Conservative councillors and the Council regarding their treatment of a vulnerable woman.  It is strange that Kevin Hollinrake changed his response to me when Cllr Cluer expressed her concern on Twitter.

You suggested that I make a complaint. I have been told that the chairwoman of the complaints committee is also an office holder at Scarborough and Whitby Conservative Association.  I have also been told that it is you who appointed her to her position.  I can see why you were so relaxed about being investigated by someone who could not properly investigate you without losing money.  Can you explain how a senior member of the local Conservative party could investigate any conservative councillior?

Conservative councillors just imagine the next election trying to explain why you allowed Plant and Bastiman to get away with nearly killing one of you own councillors!

Time to ask some questions.

Happy new year.  It is going to be very interesting for some of you………

What speculations can be made about the complainant’s identity?

What have we learned from these latest thrusts?

Well, to begin with, the complainant’s Twitter account is of very recent provenance, but a degree of Tweeting expertise is readily apparent in the way the Tweets are formulated.

The email above, which appears somewhat cryptic in character, seems to indicate that the complainant is intimately familiar with a very private sequence of events in which a “vulnerable woman” was reportedly driven to attempt suicide – at a time when the most diligent application of Duty of Care was imperative. This would suggest someone in the close-friendship/work acquaintance-circle of the “vulnerable woman” – someone in possession of first-hand knowledge of events.

The complainant’s habit of allowing two blank spaces before any sentence immediately following a full stop suggests that she/he learned to type on a mechanical (i.e. carriage-return) typewriter which, in  turn, suggests someone at least in their teens or twenties by 1990 – i.e. someone aged 40-plus now, perhaps closer to 50.

The complainant seems to be extraordinarly familiar with the structure and the largely impenetrable methodology of the Scarborough & Whitby Conservative Association (SWCA) – though not quite so on-the-ball nationally as to be fully up-to-speed on Mr HOLLINRAKE’s present PPS position at Westminster. This implies a local (rather than a wider) political knowledge – that, almost certainly, of a Tory; a present or former member of the S&WCA – perhaps even a past or present Councillor, i.e. a past or present colleague of Councillors BASTIMAN and PLANT.

It is even possible that the complainant’s main purpose is to damage Councillors BASTIMAN and PLANT, and that her apparent outrage at the treatment of Councillor DONOHUE-MONCRIEFF is merely a vehicle for an older and/or deeper grudge.

The complainant may well be a loner – who else would send highly strategic Tweets of an intensely provocative nature on a New Year’s Eve, when almost everyone else in the world is partying?

And this last point is perhaps the most revealing, because one thing is certain; this complainant, having amassed detailed knowledge of events, has embarked upon a carefully premeditated strategy designed, above all, to ensure that it will be very, very difficult indeed for Councillors BASTIMAN and PLANT to sweep her/his allegations under the carpet.

There must surely be an investigation.

I will refrain from hazarding a guess as to the complainant’s true identity.

As Councillor Dilys CLUER rightly observes, “truth would be useful”.

She might have added, “The public has a right to know”.

I repeat my promise to Councillor CLUER to stand ready, having a great deal of information (documents and audio recordings) at my disposal, to give material evidence to any forthcoming enquiry. I do not want to witness another MARRIOTT investigation – another  “complete whitewash”.