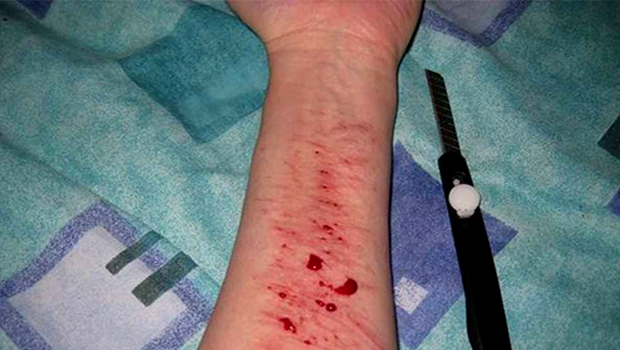 Throughout the acrimonious debate surrounding the closure of Eskdale School in Whitby – and particularly  since the publication of my article “NYCC: Safeguarding Crisis” on Wednesday 23rd March 2016 – I have been receiving confidential reports from parents of school children, not only in Whitby, but throughout North Yorkshire.

I have been truly shocked – and as one of the leading investigative-journalists, along with my fellow-contributor Tim HICKS, to have exposed the SAVILE/JACONELLI paedophile-ring in Scarborough, I am far from easily shocked – to learn of events taking place in schools that I have never seen reported in the public domain.

In addition to those who have come forward with their own children’s experiences regarding the lack of support for children who have been bullied and, in some cases, sexually exploited, I now find myself in receipt of damning documentary evidence provided by concerned individuals within the education sector who, for obvious reasons (self-preservation of careers and pensions), feel unable to contribute except under the security of my absolute guarantee of anonymity.

Most astonishing of all is the fact that I cannot find a single parent who has successfully pursued a Safeguarding issue via the Complaints Procedures of any North Yorkshire school and achieved anything other than a resounding fob-off. Not one.

So what are we to understand by the legal term ‘Duty of Care’? 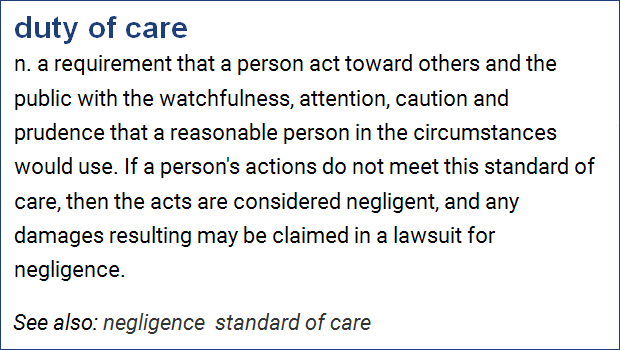 Would any school Senior Management figure wittingly fall short of these standards of “watchfulness, attention, caution and prudence”  in regard to bullying, sexual exploitation, voyeurism and drug-dealing – thereby risking a law suit for negligence?

It is difficult to imagine.

Yet these phenomena do exist in North Yorkshire – probably in schools everywhere in the country.

That is why “watchfulness” and “attention” head the list of standards applicable to ‘Duty of Care’.

Now, let me present, as a rhetorical question, the following:

How can NYCC’s Corporate Director: Children & Young Peoples’ Services Pete DWYER conceivably claim to be fulfilling his legal ‘Duty of Care’ in the light of the following case (shared with me by an education sector insider) of a pupil who has been very seriously self-harming as a consequence of bullying and yet whose parents have had no substantive response to a Formal Complaint to the Headteacher of the school in question?

In fact, all that the parent managed to accomplish was an appointment for the pupil to meet with a relatively junior staff member – an appointment that the same member of staff cancelled, by email, within less than an hour of the appointed time of the meeting.

The parents had copied a Governor in on the Formal Complaint who then promptly approached the Headteacher seeking assurances that the matter was being dealt with in accordance with procedure, the Headteacher responded, again by email (and I am not going to quote verbatim here, because a full word-search of all school emails would reveal to NYCC the email addresses of both the sender and the recipient; this email is safely in my possession), along the following lines (paraphrased, with my best efforts to retain the tone and intent):

[redacted]’s case has now been resolved with no further difficulties. The outcome was that the pupil was invited to attend a meeting with [redacted], who did not turn up. Everybody involved got a disgruntled email tirade from the parents and that was the end of that.

Is this the standard of “watchfulness, attention, caution and prudence that a reasonable person in the circumstances would use” ?

In my view, it represents the most deplorable breach of parental trust by a paid public servant – one who is accountable to the Board of Governors who appointed him; to the Local Education Authority (NYCC); and to the general public who have hired him, first and foremost, to honour his ‘Duty of Care’.

According to my source, this Headteacher’s response – which I am unable remotely to reconcile with the very graphic and detailed original Complaint (the response is shallow and flippant – far too flippant) demonstrates two common features of Complaint management:

For further confirmation of this view, please see the following Gareth DAWKINS piece in The Guardian:

Says Gareth: “No one checks to see if I’m performing my child protection duties as I should. It’s all done by trusting heads’ judgment and professionalism. And sometimes, as we know, that’s gone badly wrong in the past.” 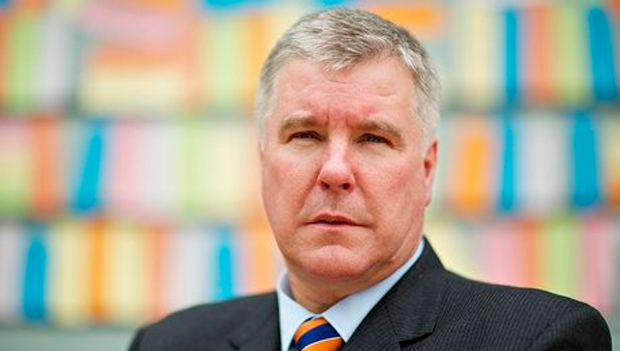 The authorities need to give greater regard to the actual experiences of parental Complainants. Invariably (since parents are probably at their wit’s end with their child’s problems and only rarely have sufficient grasp of a complex and daunting Complaints Process) they are characterised as merely ‘sounding off’. No latitude is permitted for their frustration and possible (if not probable) resentment – not to say anger. None of which, one may think, are unreasonable reactions in such extremities of circumstance.

In fact, parents are routinely side-lined by Senior Management.

And let me repeat: I have had no parent talk to me about Safeguarding issues who has pursued a Formal Complaint with a favourable outcome. Not one.

So, is there systemic denial? I look forward to hearing of cases that indicate otherwise.

Summary dismissal would not be too harsh. 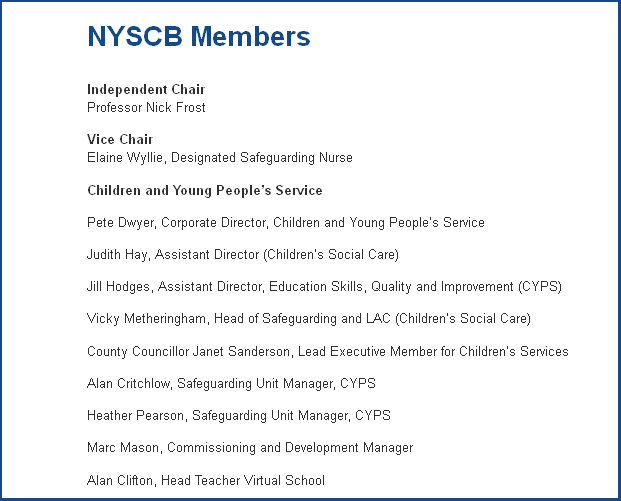 I am not one who lightly resorts to the expression “tip of the iceberg” – though that metaphor was certainly validly applicable to the innumerable SAVILE/JACONELLI victims/survivors – but on this occasion, too, there is no more apposite form of words. The disillusioned Complainants who have found their way to me can only represent a tiny fraction of the totality of the victims of Safeguarding failures in North Yorkshire.

My conclusion, from an admittedly privileged purview, is that bullying, self-harming, sexual exploitation and drug-abuse are matters that schools, both individually and collectively, are determined to hide from the public view – in direct contradiction of their published ethos, protocols and procedures.

There has long been too much at stake in terms of personal and school reputations – and the dread spectre of poor OfSTED reports. Now that all schools are desperate to attract the attention of well-established Academy chains, the secrecy imperative is more stringent than ever – and is utterly incompatible with the fundamental concept of ‘Duty of Care’. 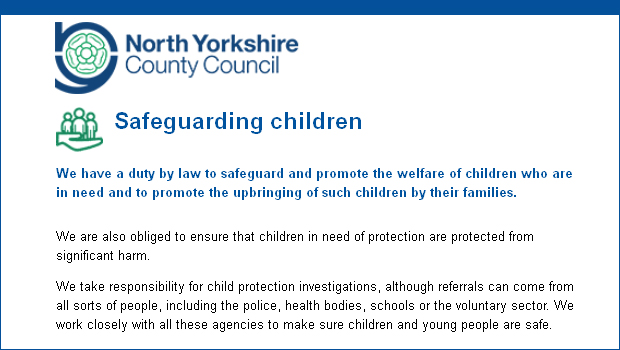 Only by carrying these issues to a national level – breaking through the NYCC ‘glass ceiling’ – is there any real prospect of improvement. Consider that work in progress.

And, as a matter of fact, I have learned this week, from the Private Secretary to Her Majesty’s Chief Inspector (OfSTED), that Secretary of State Ms Nicky MORGAN (or her representative) will be in contact with me presently regarding my request for an immediate OfSTED inspection of CCW and an independent investigation into a number of Safeguarding issues at the school, further compounded since my email was transmitted and read-receipted.

I leave you with a Telegraph article that highlights my concerns: 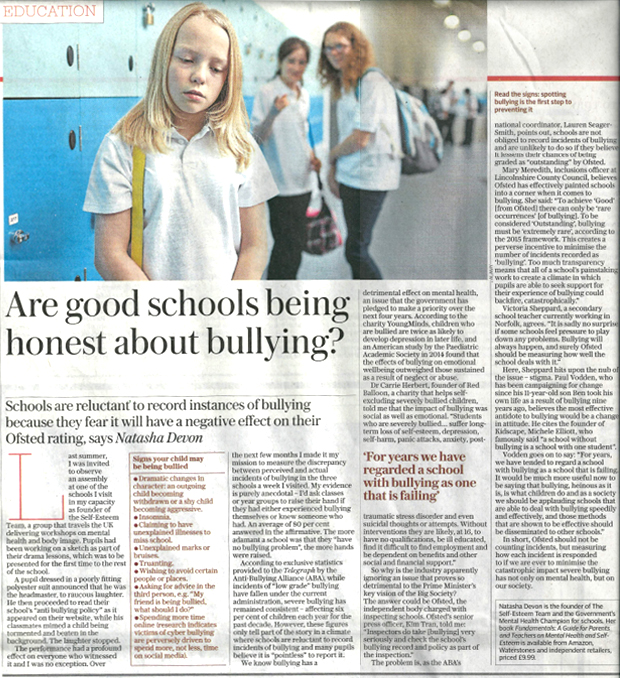