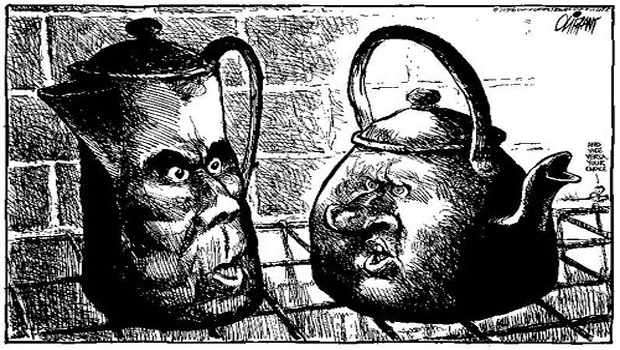 An Open Letter to Derek

Hope you don’t mind me addressing you by your first name, but we have been corresponding for so long and I have read so much about your exploits in the NYE that I feel I know you as a friend.

I am writing to congratulate you on your e mail of the 30th of July to Mrs Dixon over the e mail sent to Mr Nigel Ward by a SBC Officer which was disclosed in the North Yorks Enquirer in this article:

I consider it was a disgrace that an officer of Scarborough Borough Council could use his or her position as a council officer to obtain Nigel Ward’s personal e mail, then use the Council’s e mail address to write a personal e mail to Nigel – who is a pensioner with disabilities and a vulnerable person. I thought Nigel’s response was excellent.

I have for some time been concerned over the unprincipled, aggressive and high-handed way some SBC Officers have conducted themselves. SBC has appeared numerous times in Private Eye as a result of the actions of SBC Officers and this has in my opinion brought the borough into disrepute. You may remember that I expressed similar concerns to those that you have raised in your e mail over the competence of SBC officers in my article “Blame the Officers not the Councillors”. Which concerned the disgraceful treatment SBC Officers gave to brave SBC whistle-blower Ben Marriott when he spoke out against misconduct in SBC. This was in response to calls for your resignation over this issue, which I rejected.

I was also shocked when I read this article:

In which it is revealed that an SBC Officer had written prohibiting Councillors from forwarding e mails to their home addresses and Mrs Lisa Dixon had written to Councillors threatening them with life imprisonment over breaching the Members and Officers Code of Conduct. It further appears that the police may have been called in by Council Officers to investigate Councillors.

Councillors are part time elected officials usually without legal training who give up their time freely for the public good. They generally do not have the expertise or experience that a full time professional has and are dependent on expert Council Officers for advice. I think it is quite wrong for Councillors to receive threatening e mails from a Council Officer concerning leaking of documents for which they may not be responsible. Particularly if Council Officers have themselves contravened the regulations. I have no doubt they will not initiate an investigation into their own conduct in this bizarre affair. The phrase Pot, Kettle, Black, comes to mind. I therefore thought you were right to raise your concerns with Director of Legal & Democratic Services Mrs Lisa Dixon over the way SBC Officers have handled this matter and their competence to do so.

On a personal note, I hope this e mail finds you well; I am glad we are together on this one.