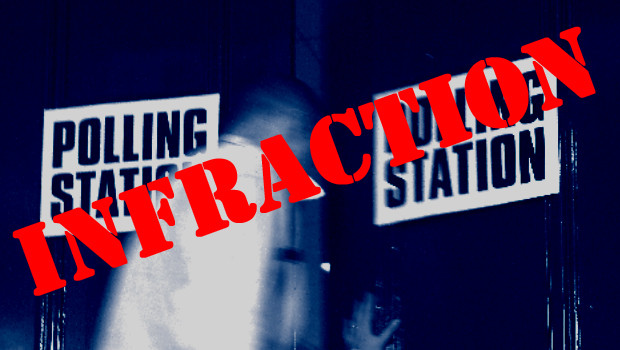 A report has reached the Enquirer that a Polling Station infraction has been reported to both the Returning Officer for North Yorkshire County Council, Mr Richard FLINTON, and to the Deputy Returning Officer for Scarborough Borough, Mr Jim DILLON, regarding an irregularity at the Gladstone & Falsgrave Recreation Centre in the Castle Division of the County local elections.

The allegation is that candidate Janet JEFFERSON [Ind.] and her Polling Agent were seen to be ostentatiously displaying the candidate’s election material within the confines of the Polling Station.

The Enquirer is given to understand that an oral complaint was made to the Polling Officer at the time and the Polling Officer who, after a brief telephone conversation with ‘higher authority’ shortly after mid-day, confirmed that an infraction had taken place and duly instructed the candidate and her Polling Agent to desist, which they did.

According to the Electoral Commision ‘Handbook for polling station staff’, candidates and/or Polling Agents:

and Polling staff must;

1 Offence of campaigning within a prescribed area

(1) It shall be an offence to engage in campaigning activity within a prescribed area around a polling station on the day of a relevant election at any time during the period in which the polling station is open.

(2) In this Act, “campaigning activity” means—

(a) the promotion or distribution of any literature associated with election candidates, political parties or associated organisations;
(b) the use of audio equipment, whether stationary or mobile, for the propagation of messages relating to an election; or
(c) oral communication for the purpose of eliciting voting intentions or influencing the casting of a vote.

(3) The “prescribed area” referred to in subsection (1) shall be an area represented by a circle with a radius of 250 metres from the main entrance of a polling station.

(4) For the purposes of subsection (1) a “relevant election” is—

(5) A person guilty of an offence under subsection (1) shall be liable, on summary conviction, to a fine not exceeding level 5 on the standard scale.

It is unclear at the present time whether or not infractions of this nature incur the risk of disqualification.

Certainly, it would be implausible were a candidate of Janet JEFFERSON’s experience to plead ignorance of the regulations.

Please note that the Enquirer has acted responsibly by not publishing this breaking story until after the Polls had closed. 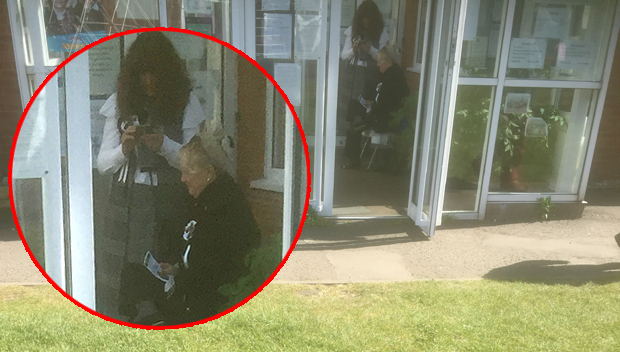