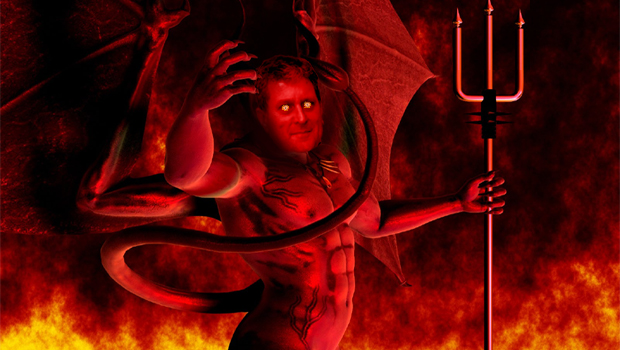 I write to further the expression of my opinions regarding your actions in respect of Councillor Michelle DONOHUE-MONCRIEFF [Ind.Ind.] (Hertford).

When first I learned that a mere paid public servant had evinced the audacity to countermand the democratic will of the people, I was shocked; and outraged by the absurdity.

In my view, your diktat to exclude Councillor DONOHUE-MONCRIEFF from Council and Committees and contact with her Officers was and remains wildly  ultra vires. It is also profoundly offensive – as is all abuse of position.

In going beyond your statutory authority, you have denied the electors of Hertford their democratically mandated representation.

In order to preclude any unnecessary doubt, I present you now with an extract from the Judgment of Mrs Justice COCKERILL in the case of Harvey -v- Ledbury [Case No: CO/3680/2017] High Court (QBD) Administrative Court, 17th April 2018: 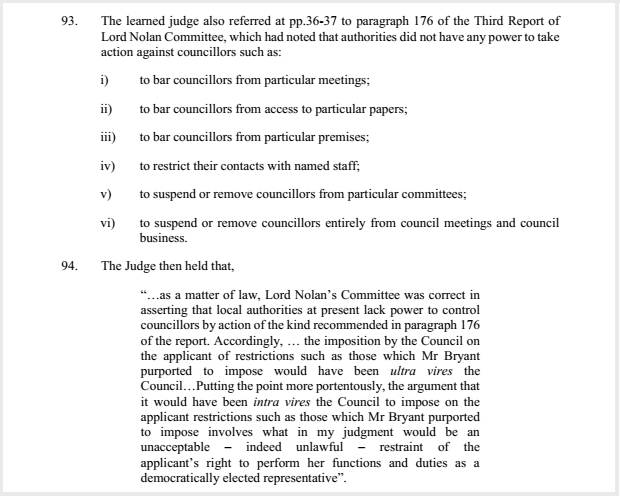 Unless you can show to the contrary, it would appear to be the case that you have committed the six-fold ultra vires act of imposing unlawful restraint on Councillor Michelle DONOHUE-MONCRIEFF, removing her statutory right to perform her functions and duties as a democratically elected representative.

Can you deny, Jim, that you have transgressed? Have you, or have you not, trashed the long-cherished fundamental principle of democratic representation? In my view, you have attempted to play god – and lost.

I am not alone in this view. A senior QC has warned Councils of the financial risk that they face should they, when dealing with Councillors’ misconduct, adopt any procedure other than (i) their own Standards regime or, (ii) reporting to the Police.

Writing in LocalGovernmentLawyer.co.uk – the leading and widely-read legal publication for lawyers working for and advising local authorities on all aspects of Council Legal Services, including Governance and Risk Management – Richard CLAYTON QC (barrister at Ely Place Chambers), and Jonathan GOOLDEN (partner at Wilkin Chapman LLP, who was the external investigator in the Harvey -v- Ledbury case) have set out the implications of the High Court ruling, thus:

You perhaps know that, when used in a legal context, the term ‘on risk’  includes financial or reputational loss, arrest and prosecution.

You will also be aware that, on 31st July 2018, the North Yorks Enquirer published an Open Letter from a Mr Geoff PICKERING to your Monitoring Officer, Mrs Lisa DIXON. Mr PICKERING cautioned Mrs DIXON regarding the likelihood of legal action and the concomitant personal financial risk to Officers acting beyond authority (ultra vires).

Mr PICKERING informs me that Mrs DIXON has ignored his correspondence, as she has ignored mine, in disregard of her Constitutional obligations. How feeble. Of course, if you prefer her advice to that of Mr Richard CLAYTON QC . . . well, GFY, as the youngsters say.

What remains of interest is the matter of what legal advice you sought before taking your unlawful action, since the competency of your advisor(s) now comes into question as well as your own.

From whom did you seek legal advice, please, Jim?

Was it the conveniently departed Deputy Monitoring Officer (DMO) Mr David P. KITSON, a solicitor? The same Mr KITSON, solicitor, who falsely asserted, in Full Council, that it was lawful to intercept my (and others’) emails under the authorisation of the Regulation of Investigatory Powers Act 2000 (RIPA)?

If so, was it before or after he transferred his P45 to Bevan Brittan LLP? In short, did Mr KITSON advise you that you are authorised to countermand democracy in his capacity as one of your employees, when you are not? Yes – or no?

Or did Mr KITSON provide ‘external’ legal advice, in his capacity as an employee of Bevan Brittan LLP?

These are important public interest questions and I expect a comprehensive response from you on this point, if you would be so kind. Thank you.

I would also like to know – if it were not Mr KITSON – whether or not it was Monitoring Officer (MO) Mrs Lisa DIXON, your Director of Legal & Democratic (!) Services who advised you, in her capacity as one of the Council’s three Statutory Officers and as an Officer of the Court, that you are authorised to countermand democracy, when you are not? Yes – or no?

This, too, is an important public interest question and I expect an equally comprehensive response from you on this point, in short order, if you would be so kind, please. Thank you.

Of course, if it were the case that you acted autonomously, without prudent recourse to legal counsel, then any allegation of incompetence must redound directly upon you, and you alone.

An incompetent and lawless Head of Paid Service would bring immeasurable disrepute upon any Council. The people of the Borough of Scarborough have long deserved a better standard of performance from their paid public servants; much better.

A public apology to Councillor DONOHUE-MONCRIEFF and to the people of Hertford Ward would, provided that it was redolent of true sincerity and profound humility, serve as a redemptive preliminary to the full restoration of the good standing of our Council.

The next step must be obvious to any honourable man or woman. The Rt Hon The Lord TEBBIT did not express the sentiment quite as succinctly as is popularly believed. But we all knew what he meant.

I look forward to hearing from you, Jim. 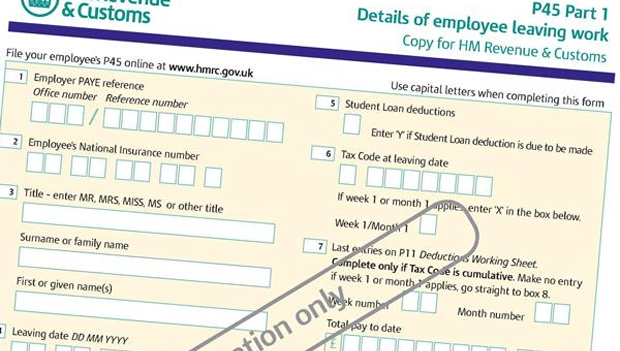