For some time now, Corruption Busters have been alleging that the former Mayor of Scarborough, Councillor Peter Jaconelli was a paedophile who abused children in his icecream parlours and his Ippon Judo Club as part of a ring involving Jimmy Savile and others.

We have also alleged that North Yorkshire Police were aware of this at the time and turned a blind eye to his depraved activities, because of his status as a prominent businessman, Councillor and Mayor.

Real Whitby can now exclusively reveal that yesterday one of Jaconelli’s victims came forward to formally confirm this to Scarborough Borough Council Chief Executive Officer Jim Dillon, requesting that Jaconelli’s is stripped of his status as an Alderman:

I am a former resident of Scarborough, now living in Australia. I am very proud to be a Scarborian and keep in touch with events and local news there. I have read the recent press coverage in the Daily Express and the Real Whitby News Magazine concerning Mr Peter Jaconelli with great interest.

I was a member of his Ippon Judo Club and also worked for him at his ice cream parlours as a boy. I can confirm from personal experience that all of the allegations published about this man are entirely correct and he was a predatory paedophile, who preyed on local children . Other witnesses have posted confirmation of the same, including that he had convictions for offences of indecency.

His activities were well known by locals and I do not think for one minute that the authorities were not aware of this which I consider yet another blight that needs attention .

I note that Councillor Tom Fox has moved that Jimmy Savile is stripped of his title of Honorary Freeman of the Borough following the revelations about him and I support his action on this.

I am a proud Scarborian and would formally request that Peter Jaconelli is also stripped of his title of Alderman on the same basis, to remove this stain from the history of the Borough.

I thank you in anticipation of your consideration of this request and look forward to your response.

We can also exclusively reveal that Councillor Geoff Evans (LibDem – Eastfield) of Scarborough Borough Council has courageously come forward and spoken out in full support of him. 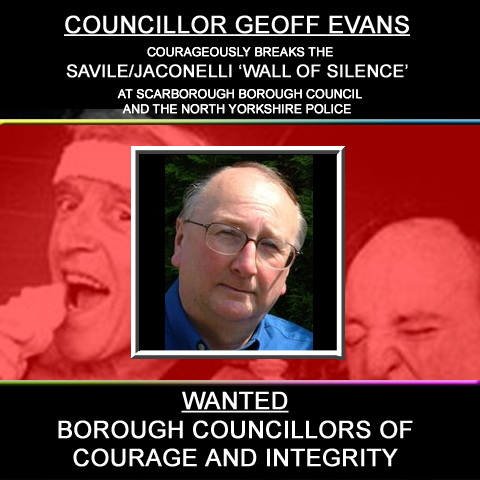 We have quoted evidence from some of Jaconelli’s other victims in our articles on the Jimmy Savile scandal.  They all completely support the allegations made by Mr Harrington and Councillor Geoff Evans. 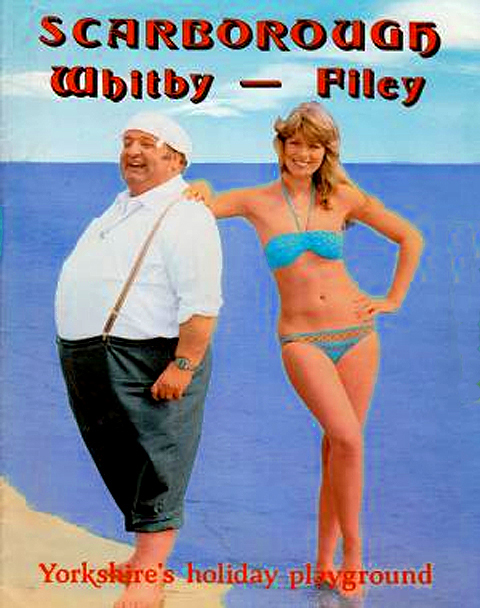