A Letter to the Editor from RICHARD INESON, a long-standing penpal of SBC’s Chief Exec, Mr Jim DILLON – in whose aid the Enquirer has appealed to readers for a little empathy. Richard wrote to Mr DILLON in 2008, when the Council determined to abandon its expensively redeveloped property on Skinner Street, Whitby, in favour of the TIC building at Dock End in the town center – which, having swallowed further ill-conceived investment,  has been recently abandoned, in favour of a third-party commercial venture of no local provenance, though a (temporary) source of business rates. Of course.

Squander our money, then claw some back – almost like money laundering.

With reference to your suggestion that people should correspond with Mr. Dillon the CEO at SBC, I attach a letter which I sent to him in 2008 and to which I am still awaiting a reply.

Is this delay in replying of nine years the usual time lapse a member of the public, making a legitimate enquiry about public expenditure, might reasonable expect, taking into account Mr. Dillon’s workload? I think that we should be told.

Perhaps a secretary might be employed, financial strictures allowing, to assist Mr. Dillon in his duties. 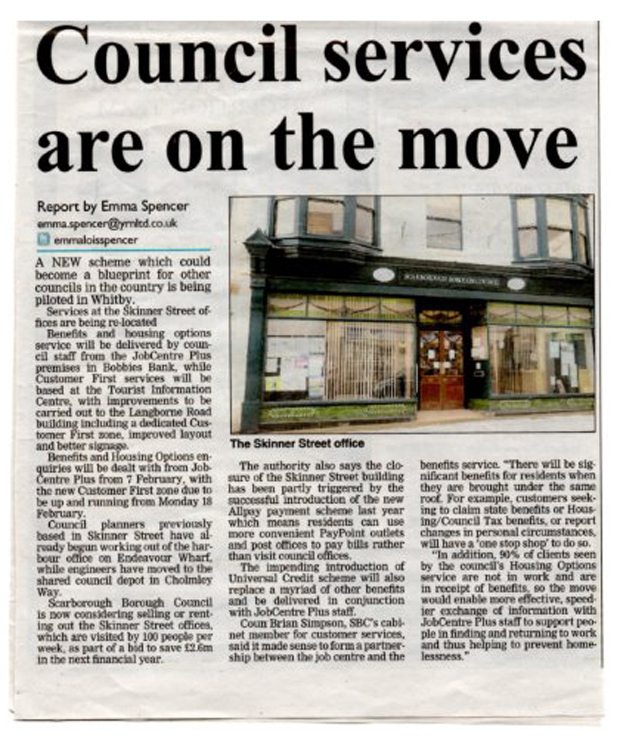 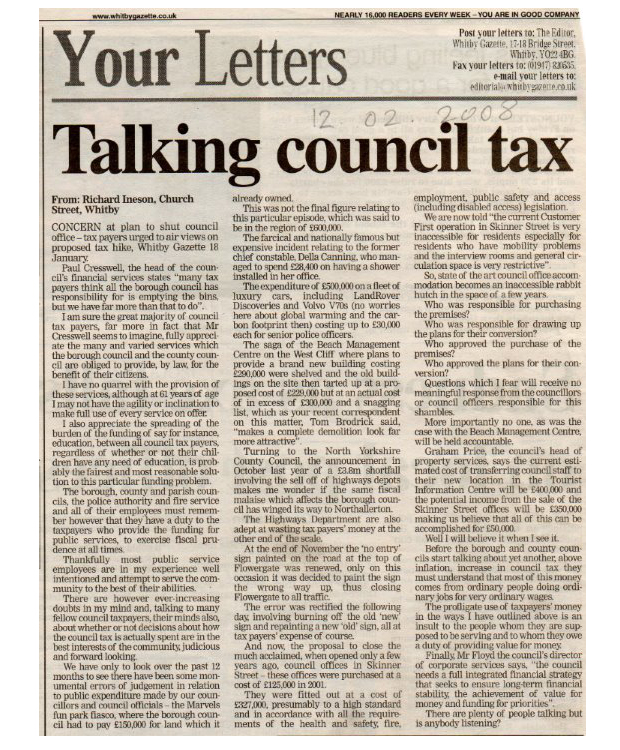