Readers may already be familiar with the general theme of some of my recent articles on the subject of Lincolnshire County Council (LCC):

Essentially, the Council’s Legal Department has performed a comedy of errors in the processes used in an attempt to prohibit motor-homes from some of the Council’s off-street car-parks; notably, the Huttoft Car Terrace.

In short, a group of people whom one would expect to number amongst the finest legal brains in the country have somehow contrived to create an unenforceable by-law for the alleged purpose of controlling excess litter (for which offence general legislation is already in place, thus prohibiting the creation of a by-law) but, in fact – as evidence by the repeated introduction of equally illegal height-barriers – with the specific intention of excluding motor-home owners and permit-holding sea-anglers, thus preventing them from parking overnight.

In doing so, they have ignored the primary human rights of New Travellers as well as disabled motorists with high-sided vehicles used to transport their mobility-scooters. They have also contravened the terms of their own ‘Fisherman permits’.

Discriminating against people on grounds of ethnicity or disablement is rightly prohibited in the UK and throughout the European Community.

Surprisingly (or not?), the LCC legal eagles would appear to be unaware of that fact. 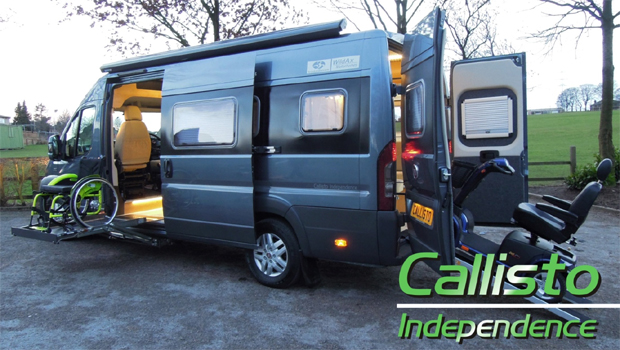 The LCC legal eagles have also given the green light to spending well over £100K on unsuccessfully attempting to enforce the unenforceable.

The whole episode is reminiscent of the disastrous blunder at City of York Council, who took £1.2M in PCNs off unsuspecting motorists via the illegal Lendal Bridge by-law – and is now hell-bent on not paying them back.It is reminiscent, too, of the cretinous SBC Legal Director who threatened the NYE team with civil and criminal legal action – all hot air – then subsequently was shown by the BBC ‘Inside Out’ documentary to be an unmitigated liar.

I thought it might be interesting to establish just exactly how much this Lincolnshire band of incompetents is costing the public purse in any given financial year, so I lodged an FOIA request, on 3rd September 2014, in an attempt to put a figure on it for 2012/13. The terms of the Freedom of Information Act 2000 allowed LCC until 2nd October 2014 to provide a full response.

On 7th October 2014, I did indeed receive a full response to my FOIA request – out of time, true – but sooner than I expected.

I defined my request for information in such a way as to give readers a clear breakdown of how the public purse has been squandered by LCC Legal in the financial year 2013/14.

Without further ado, I present the details, below: 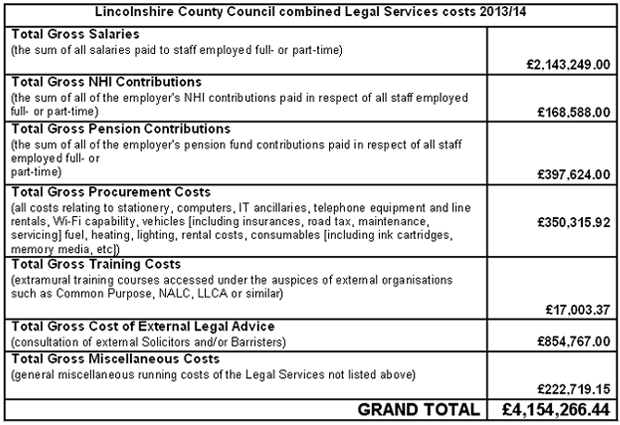 FOUR MILLION QUID – and enough small change left over to employ a dedicated car-park litter-picker for TEN YEARS plus – for a bunch of legal eagles who cannot fly a by-law without crash-landing it on Huttoft Car Terrace? That’s pretty steep.

Does the public really have to sit still for this level of bank-breaking, mind-numbing, high-handed incompetence?

And will someone explain to me how it can possibly be justifiable that the cream of the Lincolnshire legal crop – whose combined salaries/NHI/pensions amount to £2.7 million – has had to resort to springing an extra £855K on external advice?

Well, I guess it can – because LCC certainly does not appear to have anyone ‘in house’ who can read and comprehend the statute books.

Which is another way of saying that the LCC legal department is NOT FIT FOR PURPOSE. 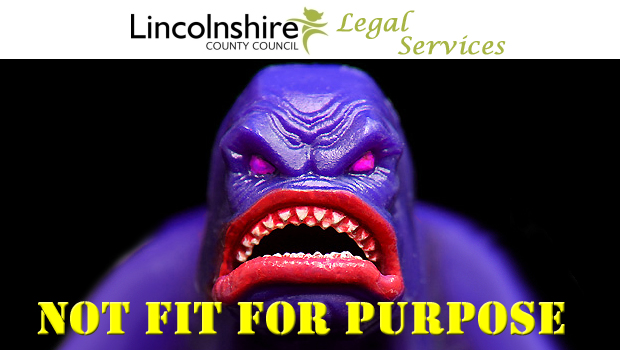 But how could this ever arise? You know the answer:

How else could such consummate cretins as the LCC legal eagles ever have been appointed – let alone at such disproportionate salaries?

Our elected representatives are asleep at the wheel, lapping up the Allowances and Expenses.

But the times (as they say) are a-changing.

The newsblogs have arrived.

It is often said (and rightly) that disaffected electors may seek their remedy at the next election.

That may take care of sundry yes-men and ethnically insensitive Officer-pawns like Executive County Councillor Colin DAVIE [Con.], whose reported antipathy to the disabled is a matter of public record.

But what about the Officers – those incompetent (over)paid public servants who simply could not hack it outside of the cloistered confines of their ivory towers, yet run our Councils as private fiefdoms – while the electorate picks up the tab for their excesses and errors?

How will the electorate purge the system of these parasites and freeloaders (if I may borrow Colin DAVIE’s misdirected slur against New Travellers)?

Only by electing competent Councillors who are capable of scrutinising the Officers. the NYE stands ready to assist.

I leave you with a glimpse of the electioneering leaflets currently ‘littering’ the off-street car-parks of Lincolnshire. The North Yorks Enquirer does not condone litter. One might hope that LCC will do something about gathering the leaflets and disposing of them in an appropriate manner. 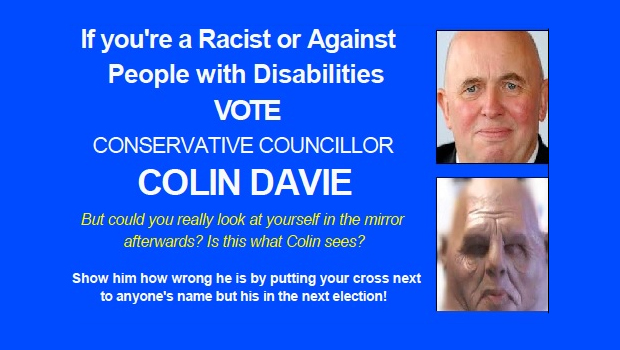