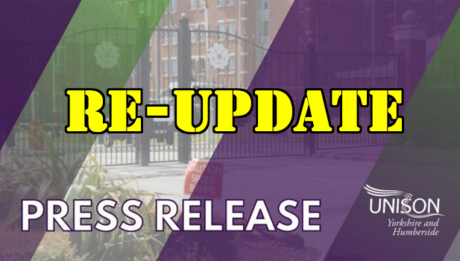 UNISON Re-Update ~ PRESS RELEASE ~ UNISON is escalating its opposition to plans by Harrogate Borough Council to transfer staff, who work in its Information Governance and Internal Audit services to Veritau, rather than the new North Yorkshire Council.  The [...]

On the 7th July 2013 I published an article entitled NYCC: Out Of Control? The article reported on matters under discussion by the Executive Committee of North Yorkshire County Council (NYCC). A member of the public, who had won a [...]

NYCC: Out Of Control?