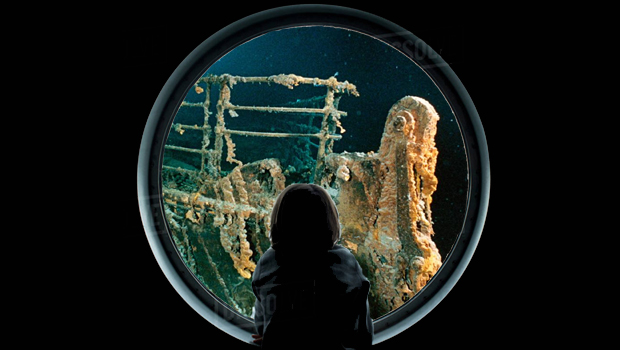 A Letter to the Editor from MICHELLE DONOHUE-MONCRIEFF – a member of the Independent Group at Scarborough Borough Council – who writes to offer an inside view of a becalmed Council.

I read with some amusement the North Yorks Enquirer article “Handbags at Dawn”. The emails from the former Councillor and Cabinet member John Nock follow the interventions of Councillors Chatt and Cockerill. It is clear that some ex-Cabinet members are struggling to accept that they are no longer in post. Even worse, that it was the residents of the Borough who didn’t appreciate their efforts in taking the Council from one fiasco to another.

As an ex-Cabinet member who managed to retain her seat with an increased majority, also taking out a long-serving Conservative in the process, I have some advice to offer to those who find themselves out of office.

First and most importantly, the public were so dissatisfied with your performance that they did not want you back in any role of influence during the new Council term. On 2nd May, they did everything in their power to remove the Conservative-led administration. It is no coincidence that they removed three Cabinet members. On a personal level, I took no pleasure in those Cabinet members losing their seats. I have some sympathy for them as they may well be justified in feeling they paid a heavier price than others who did a lot worse than them on the Council.

I would suggest that ex-Cabinet members take a lesson from National politics. When a minister loses their job, no matter how bad the circumstances, they give their successors time and space to get to know their new brief. A former minister correcting the homework of a new Cabinet member, even if some of the criticism is valid, is a bad political move.

Is everything right with the new administration? No, of course not. Yes, there are legitimate concerns to be highlighted. However, you may not be the right messengers. The personalised nature of Cllr. Chatt’s criticism of the new Leader after just six days in office did not play well with the wider public. That speech was mentioned to me by a lot of people from Council officers to members of the public and media. All thought the comments were ill-judged and came across as “sour grapes”.

Cllr. Chatt followed up at the next council meeting asking about the so-called “vexatious” people not being able to send him emails. Days later, we had the announcement by Cllr. Cockerill that it was his view that the Futurist site should be put out to market again. There will be hell to pay, when the two of them catch up with those blokes called Bill and Mike who on the last Cabinet and remained so silent on these issues. Seriously, you couldn’t make this stuff up. What next? Rebuild the Futurist?

As someone who has been there; Yes, as Councillor Chatt stated, Cabinet members do work hard and give up a lot of time. Like me you got blamed for trying to make the best of a bad situation. Yes, some of those officers who were really helpful and attentive while you were on Cabinet are now less responsive. The truth is that many made the effort because you were on the Cabinet. A few will respect the work you did and those relationships will continue on regardless. You will have gone from being extremely busy to having no discernible role on the Council. It is a huge loss and very frustrating. I understand why some have chosen not to sit on Committees as they simply don’t compare to being in the exclusive club of the Cabinet.

As time passed, I started to see that during my time in the Cabinet bunker I had also become out of touch with the public. I had become defensive at even the smallest criticism of the Council. Any complainant was automatically the enemy. Everything was fine, it was the public who were the problem. As time passed, I spent time simply listening to members of public. I started to understand why they didn’t think the collective efforts of people like me were so fantastic. Many raised valid points about the culture of arrogance that they saw coming from our Town Hall.  I factored that feedback into my approach to issues and went back to being what I did best by speaking my mind on behalf of residents.

On 2nd May, my new approach paid off. So if you want to return to power, stop complaining from the sidelines. Start by understanding why so many of our residents were so unhappy with the Council.