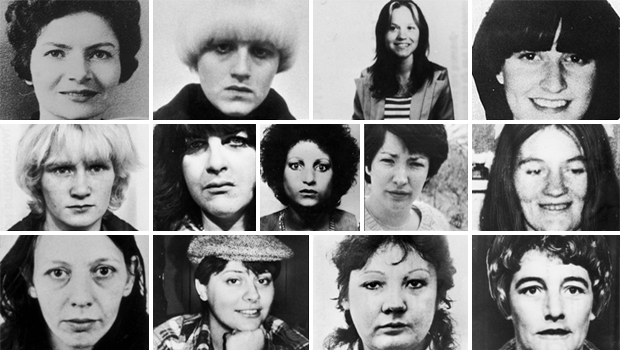 A Letter to the Editor form regular NYE Crime Correspondent TIM HICKS, commenting on the inappropriate Tweets of tasteless Tom SESTON, Conservative candidate for the Hunmanby ward in the forthcoming local elections on 2nd May 2019.

I read with incredulity and disgust the tactless remarks about Peter Sutcliffe being a good lorry driver, made by Mr Tom Seston and reported in the NYE here.

Peter Sutcliffe was actually not a good driver. He stole from his employer and used his employment as a cover to commit murder. He may also have used his firm’s vehicle to commit murder. However, as you can see from the pictures of some of his victims above, he was a misogynist that was very successful at killing women.

In 1981, he was convicted of brutally murdering thirteen women and trying to murder another seven in a most vicious and callous way. The full range of his crimes has never been confirmed and there is no doubt that he murdered and attempted to murder many more.

For more information see the NYE articles below:

I find Mr Seston’s comments to be crass and offensive, particularly as one of Sutcliffe’s victims may have come from the Scarborough area. Please see this NYE article on the still unsolved “Nude in the Nettles” murder at Sutton Bank on the North York Moors.

NYE Appeal for information on “Nude in the Nettles” mystery

To jog memories, 1979 was the year Margaret Thatcher was elected, the Ayatollah Khomeini returned to Iran, “Heart of Glass” by Blondie and “I will survive” by Gloria Gaynor were in the charts.

Peter Sutcliffe pictured in his T.W. Clark lorry, circa 1976

If the answer to any of the above questions is “yes”, or if you have any information on the “Nude in the Nettles” mystery that you want to pass on confidentially, you can talk to a journalist by initially contacting the North Yorks Enquirer using our letters@nyenquirer.uk address. All responses will be treated in the strictest confidence.