“Whose Futurist Is It, Anyway?” 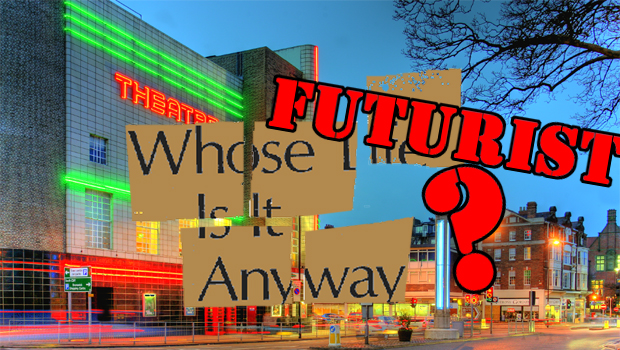 A Letter to the Editor from Ali WILKINS, of Scarborough, who writes in the hope of eliciting an answer to a question Councillor Derek BASTIMAN [Con.], Leader of the Council, keeps dodging: Whose Stephen Joseph Theatre is it, anyway?

The next question must be: Whose Futurist Theatre is it?

I know I speak for many others when I say I am dismayed that we are to lose our Futurist Theatre.

The Council says the Futurist is not sustainable yet they have an abundance of money for the SJT which also attracts funding from charities.  SBC, as part of their budget, paid almost £4m to the Stephen Joseph Theatre Trust and continues to pay over £116k per year and in return, no profits but

‘the SJT are expected to provide the highest possible standard of theatrical experience via the staging of a balanced quality repertoire, in support of the Council’s objectives.’

Despite this apparent love of theatre, SBC are unable to work together with the townspeople of Scarborough to keep the much loved larger Futurist.

I was under the impression that the SJT was owned by the Scarborough Theatre Development Trust but according to Cllr Bastiman they (SBC) own the SJT. This was in his written response online to all the people who objected to the Futurist planning application.  I have asked him for clarification but he is apparently unable to answer emails.

This confusion is coming from the Leader. This, along with Cllr Mallory’s expenditure figures debacle back in January, does not inspire confidence in their grasp of honesty and transparency.

We are losing our heritage and a valuable asset to our town. Nothing can replace it.

A BIG THANK YOU to Debi Silver, Patricia David and all those fellow members of the public who gave time and support to the Futurist. Sadly, for valiantly taking the lead on this they are in debt to the council. Please help them even if you can only give £1.  Have a collection at work if possible.  Every little helps.

It would be nice though if the council were to write off this debt. Considering we are paying £4m to clear the site, plus any knock on costs, for the ‘exciting Flamingo Land plans’. Considering we have paid to clear all the sites for Roland Duce and even given him a £9m unsecured development loan and not forgetting that council members were told and accepted that the Futurist expenditure was £200k more than it actually was – £10k is peanuts for this council.