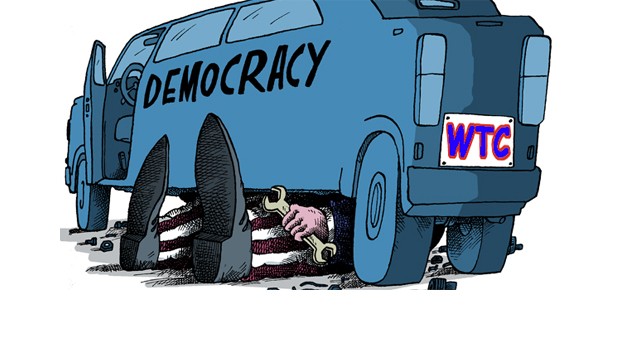 By a curious twist of fate, two items of published information have arrived on the same day.

Firstly, Whitby Town (Parish) Council has published,  in today’s Whitby Gazette (Friday 10th April 2015), a self-congratulatory résumé of its most laudable ‘achievements’ during the past four-year Council term. 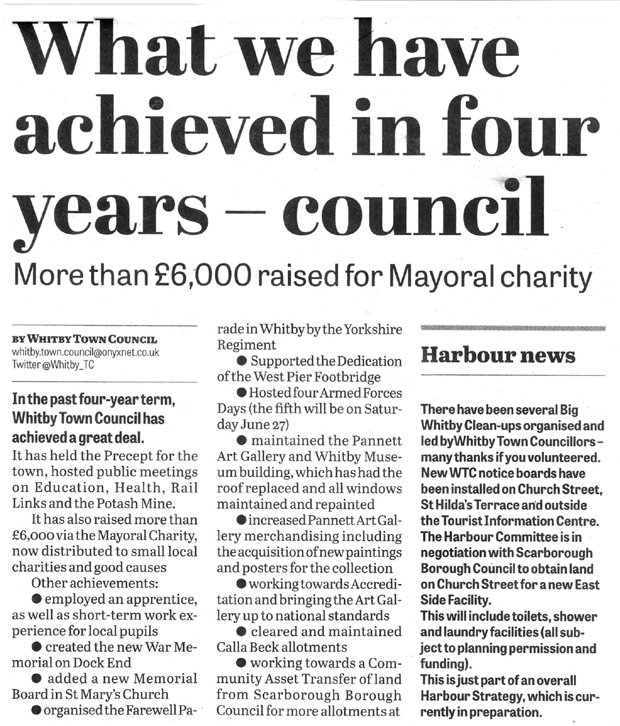 The Council, with a complement of 19 seats (only 17 occupied) and two-and-a-half Clerks, has spent four years accomplishing far less than any self-respecting one-man business might hope to achieve in a matter of weeks.

This is a Council, remember, in which only four members have held a democratic mandate, but it has cost tax-payers the better part of one million pounds over the four-year term.

In my view, this Council is not fit for purpose. Any purpose.

The unsurprising truth is that so few candidates have been nominated that there will be no elections held for any of the nineteen seats on Whitby Town (Parish) Council – those nominated will be deemed “elected unopposed” without a single cross appearing on a ballot-paper. Democracy Whitby-style.

In Town North Ward (2 seats) and Ruswarp Ward (also 2 seats) there have been no Nominations at all. There will be no election for either of these Wards.

In Abbey Ward, there have been only four Nominations for the five available seats. (No election – all four candidates will be deemed ‘elected unopposed’). 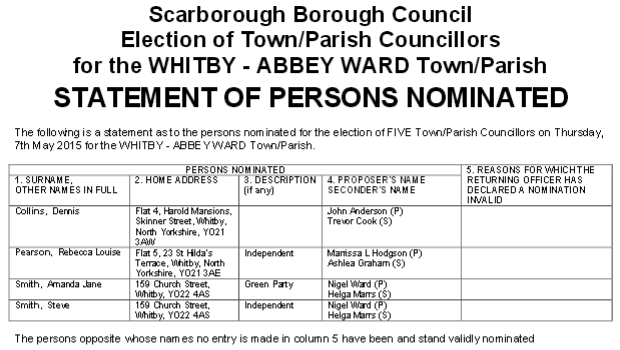 In Stakesby Ward, four Nominations for the four available seats. (No election – all four candidates will be deemed ‘elected unopposed’). 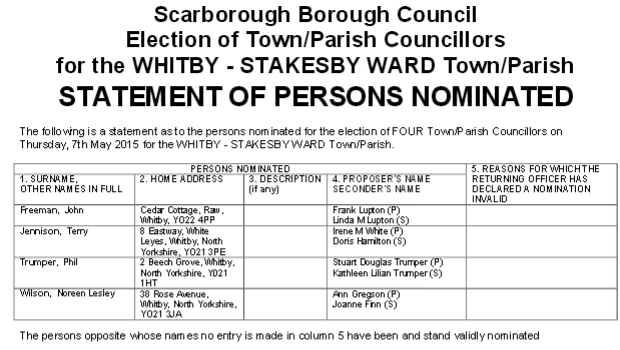 In Town South Ward, two Nominations for the two available seats. (No election – both candidates will be deemed ‘elected unopposed’).

In West Cliff Ward, only three Nominations for the four available seats. (No election – all three candidates will be deemed ‘elected unopposed’). 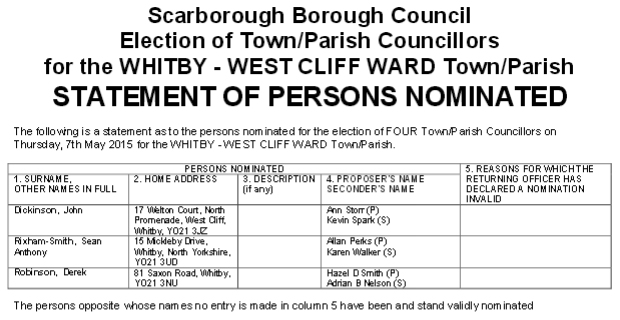 The new Council term will commence, then, with only 13 out of a possible 19 Councillors – and the six vacant seats will remain vacant until filled (if it is possible to round up enough cronies) by six unmandated co-optees.

This means, incidentally, that three of the best Councillors will return to their present seats deprived of the electoral mandate that they have enjoyed during the past Council term.

In short, the ‘new’ Whitby Town (Parish) Council will have no democratic mandate.

No democratic mandate at all.

Together, these two items of news amount to a damning dismissal of Whitby Town (Parish) Council.

Only thirteen people in the whole of Whitby considered it worthwhile to participate, yet the Council will spend close to a million pounds of tax-payers’ money during the coming term – with the active support of less than one in a thousand residents. Democracy Whitby-style.

The time for the abolition of Whitby Town (Parish) Council is long overdue.

The ‘new’ Council’s priority now must be to petition for a Governance Review in support of the abolition of the Council – to put it out of its misery.

Will they do it?

What? And give up their pompobulous patina of self-importance?

One final snippet of WTC news: According to the Agenda for next week’s Full Council (Item 5), Councillor Simon PARKES (well known to readers from his innumerable interviews on YouTube) has resigned from the Council with only four weeks of the present term remaining.

If it is the case that Simon has pressing business elsewhere in the space-time continuum, he could have tendered his apologies for any absences from the very few meetings that might arise in the coming three-and-a-half weeks.

This eleventh-hour departure may be seen as a wish to distance himself from the Council a.s.a.p.

One could hardly blame him for that. 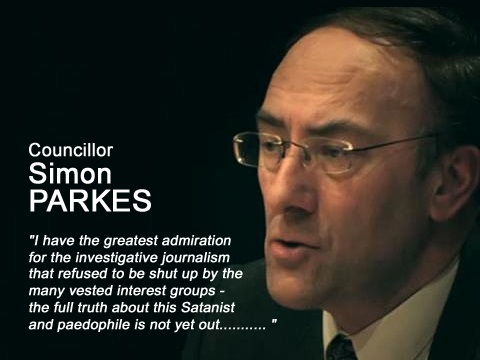 Simon PARKES, speaking about the North Yorks Enquirer and its child-abuse investigations.