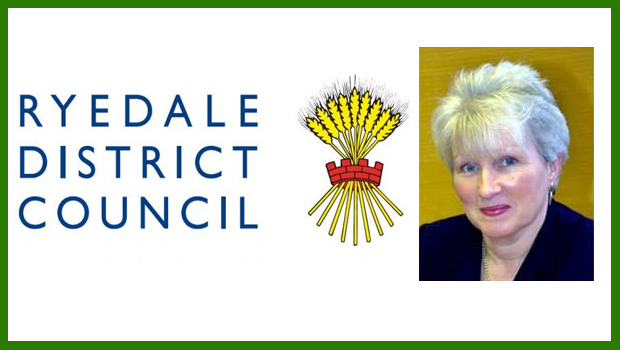 A Letter to the Editor from David SUMMERS, formerly an Officer of Rydale District Council (RDC), who writes to disclose first-hand experience of a culture of bullying in the workplace at RDC. Readers will discern certain parallels with the much-publicised BEN MARRIOTT scandal at Scarborough Borough Council.

While there are clearly a number of worrying issues at Ryedale District Council, an important problem is bullying and harassment. I reported a blatant case of bullying to the Chief Executive, Janet Waggott, last year. Her response was that she was unable to do anything about my report. I subsequently submitted a formal complaint about her lack of action and she told me I did not have a complaint and if I did, there would be no point in going to the Local Government Ombudsman as they do not deal with complaints regarding personnel matters. She concluded by informing me that she would not be responding to any further correspondence that I may submit on this matter.

Nevertheless, I did go to the Ombudsman, but they just confirmed the fact that I did not have a valid complaint for them to deal with as it was a personnel matter that I was complaining about.

Since then I have investigated the issue of bullying at Ryedale District Council with staff and ex-members of staff and have found it to be extensive, current and to have been on-going for a number of years.

There have been cases where management have contrived to construct cases against certain members of staff who have then felt pressurised to leave. Sometimes they are obliged to sign “gagging orders” in order to access any redundancy money and to ensure that their stories of bullying at Ryedale remain undisclosed.

I have written to the local press on this issue and have asked public questions at Full Council meetings and the Leader of the Council has been informed of the extensive and on-going bullying: all to no avail. It would appear that the Leader of the Council and the Chief Executive are acting in concert on this issue, perhaps not wishing to confront it as it appears to be so widespread and possibly entrenched in the culture of the organisation.

There are other issues of concern. Over the period 2009-10 to 2014-15 Ms Waggott has presided over a near 20% reduction in the workforce and has expended almost £1m on the use of consultants.

In addition, the last Director took redundancy on vastly enhanced terms to those that would be offered to the rest of the workforce (excluding the Chief Executive). His departure was sold on the basis of a cost saving exercise, with his post being filled internally. This duly occurred via a highly irregular recruitment process. Subsequently the vacancy on the senior management team was filled internally, thus not saving any money at all.

The latest exercise has been to get consultants in, at great expense, and have everyone apply for their own jobs (or any other job that they may feel like applying for). The applicants are interviewed by the consultant only. Success is measured by the applicant showing evidence of certain desired behaviours. This process is likely to result in another fourteen staff leaving. The process of course, does not mean that the Chief Executive or members of the senior management team had to undergo any form of assessment by external consultants as they were not included in the process.

However the same consultant interviewed the internal applicants for the vacant directors post and the successful applicant was the same person who engaged the consultant, over a year ago, to carry out the current restructuring process.

This is a council where bullying and harassment appears to be widespread and has been on-going for a number of years and the Leader and Chief Executive appear powerless to deal with it. As a result, I would imagine that staff morale is at a very low ebb. In addition, certain experienced key members of staff have left and found jobs with new employers. The Head of Paid Service has not shown a duty of care to those staff who have been bullied and harassed and the Leader of the Council would appear not to have held the Chief Executive to account over this, despite being aware that bullying has been occurring. Extensive “cronyism” forms a part of the processes at Ryedale District Council. This is evidenced by the actions over the remuneration of the former director along with the subsequent filling of the vacancy on the senior management team and the exclusion of the senior management team and above from the recent restructuring process.