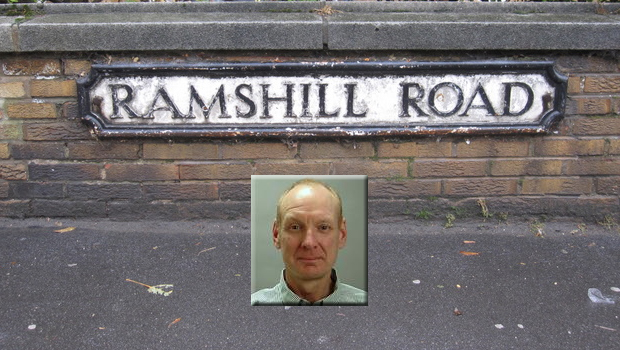 A Letter to the Editor from Mark VESEY, who is a serving Scarborough Borough Councillor [Green] for the Ramshill ward in Scarborough, who offers his comments on two years service: far less than a ringing endorsement of the Council’s modus operandi.

I was elected as a Scarborough borough councillor in 2015 for the Ramshill Ward. I stood as a Green Party candidate because I believe we are neglecting our environment and I feel strongly about social inequality.  I had no previous knowledge of how local government works and was very unhappy about issues such as the closure of the Futurist, loss of Kinderland and the open air swimming pools, the lack of a town centre cinema, the proposed move of the town hall to Eastfield, and, the controversial Dean Road / Tesco supermarket development. My general feeling about the council, in common with many local people I know, was frustration at a lack of openness and communication.

My first few months at the council were a steep learning curve of all the policies and procedures, over 2000 pages to be read.  We are told that councillors should abide by the seven principles of public life, selflessness, integrity, objectivity, accountability, openness, honesty and leadership.  We were introduced to the chief Exec, Jim Dillon, and I asked him about the lack of public trust in the council? He agreed, “More needs to be done.”

The Council’s constitution and aims are admirable. These are: safe and healthy communities, prosperous, inclusive and  vibrant and quality environments.  The council’s values are customers first, fairness, honesty and integrity. These may surprise you but nonetheless they are reasonable goals and the staff in the town hall do their best to achieve them.

In my first few months, I was immediately engaged in a lot of community support work as the planning applications appeared for the new UTC and Coventry University campus.  We prepared our comments and there was a great deal of stress and concern about this huge development in a quiet residential area. There are many retired people and young families living very close by.  I think we all found the process terribly disappointing as the developments went ahead, with what seemed like, very little notice being taken of residents’ comments and feelings.

At the council I take part in regular information and training sessions, although these are generally not very well attended by all councillors.  I know many people think there are too many councillors and they are in it just for the money or the glory. In many cases this is not true as reading all the reports reports, attending meetings and dealing with residents can take up a lot of time.  I think this is why there are so few people who actually want to be a councillor.  In response to public concern, the council has begun a process of reducing the number of councillors. However, this could also reduce the direct connection residents have with the council and add extra stress and inconsistency to an already imperfect system.

I have kept a Facebook diary since I started and I have received many positive comments and thanks for keeping people informed.  However, I can see that lots of people simply do not have enough time in their lives to read all the planning and policy documents and consultations.  This can lead to a feeling that the council operates behind closed doors.  I have asked that the issue of public trust be looked at in more detail through the scrutiny system and I hope that will happen. Communication is key. In the business world, customers are the most important people to keep happy.  Even I find it frustrating that some other councillors do not bother to reply to emails.

At full council meetings it can also be frustrating when genuine questions of concern are rebuffed as negative criticism. The leader has asked me why I don’t work with them more. I am happy to work with them on issues that I, and my residents, agree on. However, as a Green Party representative my values mean that I do not want to see development, profit and growth, win over quality of life for residents. It appears to me that ‘the system’ is currently aimed at giving business more power than people.  This is also reflected at a national level where corporations run amok with our environment and pay little respect to the importance of our life support system, nature and the planet.  Issues such as the South Bay water pollution feel to me as if they have a lower priority than developments such as the new indoor waterpark.

Another area of concern I have is over the lack of importance placed on our town’s heritage.  As the first seaside resort in Britain we have a fantastic story to tell, yet, we have no tourist information centre and seem to be knocking down our historic buildings and public toilets with abandon.  I am not a conspiracy theorist and I am a realist. I know central government is cutting our budgets and savings have to be made but short-term savings can be at a very high long-term cost.   The council does have a constitution and many policies and guidelines in place but sometimes I wonder if we have so many that we are unable to follow them all.  For instance, we agreed an environment policy that stated, in line with national criteria, that we would reduce the borough’s CO2 output by 2% a year. This is in contrast to us hosting events such as the P1 powerboat contest that adds CO2 and pollution.  I believe that every time we have a major event, or building spree, we should offset the CO2 generated by planting hundreds of trees. The new UTC and Coventry University do not even have solar panels or rainwater recycling. This should be a basic requirement for all new buildings.

My final thought is to the future as local councils are hard pressed and being merged into larger areas, unitary or regionally controlled authorities.  Every time I have had to deal with the county council I feel my enquiry disappears into a black hole miles away from Scarborough. Although many of us may be unhappy with the way some locally elected councillors carry out the town’s business, at least they are local people and can be approached in the street or at home.