Much is being made of the Whitby Brand and SBC’s new strategy for tourism to ‘define priorities to improve facilities’.

The key priority for both our Councils in Whitby – SBC & NYCC –  must surely be to repair, maintain, improve and properly clean all that we have already.

You do not have to walk far to see what needs to be done. Those currently employed can only do so much. Essential and general repairs have been put off or delayed.

Whitby Piers are an iconic landmark known to have been in critical state for 10 years. If breached or badly repaired, it would be catastrophic for the town and tourism.

They are Grade II listed structures which SBC has a duty to repair before it is too late.

Any repair must be sympathetically undertaken. The cheaper solution of bringing large amounts of stone and dumping these against the outside face of the piers: i.e. rock armour should not be seen as a solution or even considered.

SBC has invested very little in Whitby given the monies made locally from resident’s, businesses and tourism.

Why is so much money being taken out of the town to help finance more and more projects in Scarborough? Why don’t our Councillors do more to address the situation? Whitby, all too often, like Filey, is left wanting when it comes to adequate financing whereas loans for dubious schemes are always available in Scarborough.

Endeavour Wharf is to be repaired in part but would this have been done if there wasn’t a profitable opportunity for SBC on offer? Far more investment is required in the harbour but will it happen ……!

Another Grade II listed structure is Sneaton Castle and it’s visual impact should not be allowed to be diminished when sold. More recent additions to that property are not listed, but this would be no excuse to demolish the original structure or build new houses too close to it. It needs space around it rather than creeping developments of little architectural value. A new nursing home is planned for the old farm buildings, but wouldn’t this be a better site for the new priory or any hospital development as it is close to town and transport?

Officers and Councillors on the Planning Committee have a duty of care to our town. Too much damage has been allowed to happen and the time has come to say no more if the Whitby Brand is to be protected.

Given the on-going traffic issues, does our town even currently have the infrastructure to be able to adequately cope with tourism?

The Park & Ride facility has helped but all too often car parking is still a issue. Should this facility be expanded with a new park and ride created on the Eastside? When Sirius Minerals vacates the land opposite Sainsburys that will be their ‘camp’ there are plans for that to be used, but that is at least 5 years away!

Car parks in the very centre of town should be ‘short stay’ and additional spaces found. Could better use be made of land near the Abbey,with a shuttle bus service, and the golf course behind the putting green on West Cliff with appropriate landscaping?

New Quay road from Trenchers roundabout to Tin Ghaut car park on Church Street could be closed to traffic (10am-4pm),with some exceptions,meaning Pier Rd has the same restriction. A mini roundabout could be constructed near the Church Street car parks to allow traffic to turn during restricted hours.

Traffic movements in the centre of Whitby need to be reduced and traffic flow around town improved overall. Better use of one one systems and signs to warn drivers which car parks are full could help. Measures have been proposed but never implemented. Why not?

Maybe it was down to NYCC finances or even some objections from businesses or residents but the issues we have won’t go away so everything has to be discussed again and options to improve the quality of life for all adopted.

Given the current and future numbers of tourists another priority is to ensure that health provision, especially ambulance cover, in the area is based on numbers actually in the town at any one time and not on the area population of approx 25K.

The Whitby Hospital site is to be redeveloped to provide a smaller facility but is it in the right place ?

Getting there by car at times is a nightmare. Should vehicle access be changed with certain roads marked for residents and the hospital ‘access only’?

Is it really too late to change the site of the redeveloped hospital if another became available? Could the nuns at Sneaton Castle be ‘moved’ to donate Sneaton Castle to a Town Trust which could lease it to the NHS at a peppercorn rent to provide St Hilda’s Hospital.

NHS Property Services could then sell off  the current Hospital site for redevelopment and, using those funds, fully refurbish the Castle and it’s surrounds to provide the Town with a 21st Century medical facility with additional opportunities for other services. It could provide a lasting reminder of the Order of the Holy Paraclete whilst still allowing them to carry out their work in the community.

Maybe a fantasy and/or wishful thinking but …..

The Whitby Brand is the Town itself so maybe it doesn’t need all the ‘attractions’ Scarborough is acquiring with SBC investment – Open Air Theatre, Waterpark, Cinema, Flamingoland, etc, etc.  However, there are things that could be done in Whitby to improve the offering to tourists. A complete makeover of the Spa to restore it to it’s former glory and an indoor ‘visitor attraction’ on the Business Park might help.

Could the Leisure Centre be extended to provided additional possibilities. An Endeavour replica in the harbour would look impressive and the opportunity to bid for one is now open to SBC assuming the price is right. With paying customers it could be seen as an investment for the Council provided ongoing maintenance costs were reasonable.

The Engine Shed with access from the Station would have made an excellent railway heritage centre but maybe previous owners,who saw money making opportunities, and poor planning decisions have unfortunately made this now a non-starter.

What can be done is to give every assistance to our local fishermen whose working boats in the harbour are themselves a tourist attraction. Far more could and should be made of our fishing heritage.

Many would say that they much preferred Whitby when it was a small market town by the sea catering for a few tourists in August. A time when locals from the vicinity could do their shopping in town with everything you needed easily available. A time when parking was easy and there were no restrictions except perhaps when Mr Green gave you a friendly warning.

However times have changed. Maybe not always for the better, but there is no turning the clock back.

Much needs to be done NOW to protect and enhance the Whitby Brand. 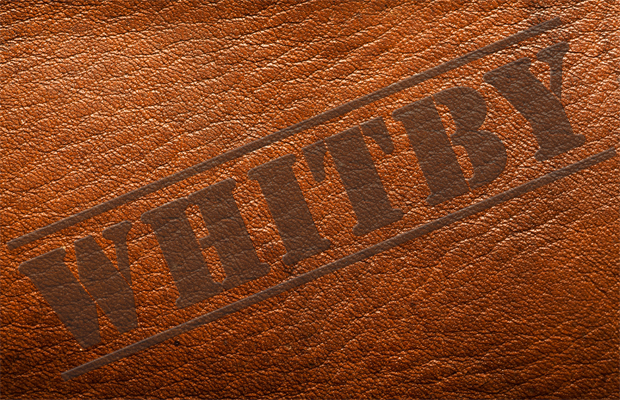