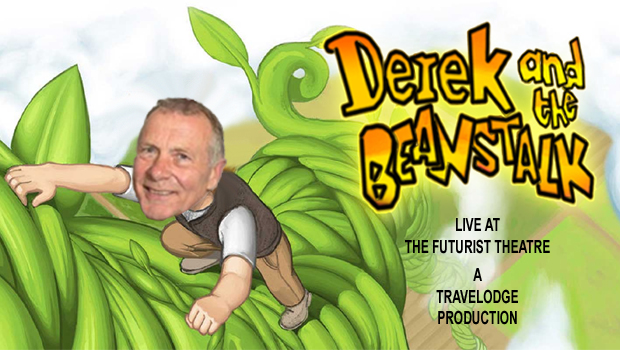 A Company Voluntary Arrangement document filed at Companies House by Travelodge Hotels Limited show that Scarborough Borough Council (SBC) are claiming a loss of £3,876,922 after the chain fell into financial problems. The large debt is thought to consist of unpaid rates and rent, with the former thought to be the much larger chunk.

Cllr Siddons, the Labour leader of the council, agreed a variation to the rental terms for the St Nicholas Hotel for Travelodge Hotel Limited. The agreement to lower the rental amount of £350,000 per annum has prompted local business owners to call for their rent to be lowered in the wake of the lockdown financial crisis. 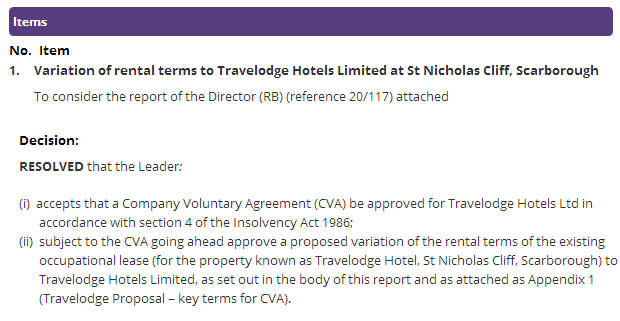 This is our first major investment aligned with our Commercial Property Investment Strategy and I am delighted that the sale has been completed.

Moving forward, we are very much open to exploring other investments in our drive to achieve a balanced budget and we will continue to actively seek suitable opportunities.

We were advised on the sale by Edgerley Simpson Howe and NJB Hotels & Leisure Property, as well as our own Estates and Legal teams.

Cllr Bastiman’s investment record with public funds is woeful. Bastiman spent £4.3million demolishing the Futurist Theatre only for the footprint of the site to unexpectedly shrink during the demolition, and with it potential investors. The Conservative leader’s anti-midas touch only saw offers of magic beans come in for the site.

Cllr Bastiman is no stranger to Company Voluntary Arrangements after Alpamare, the council’s chosen £18million North Bay Waterpark provider entered into a CVA after British Gas issued a winding-up petition for unpaid debts.

During the Alpamare financial problems it became clear that the council had failed to secure a £9million loan to Benchmark Leisure Limited, the North Bay Waterpark developer. Should the lockdown have any further financial casualities then the local taxpayer will picking up pennies in the pound for that £9million investment.

Not to be outdone by the incompetent Conservatives in wasting local taxpayer’s money, the local looney Labour minority council administration, in conjunction with the newly elected Independent Councillors, decided to spend £22million to demolish the Argos building and redevelop it, only for it to be worth £7.5million on the opening day.

This tale of financial incompetence would have been kept from the public has it not been revealed by the Enquirer this time last year. SBC’s Senior Legal Officer still claims whoever leaked the document will be going to jail.