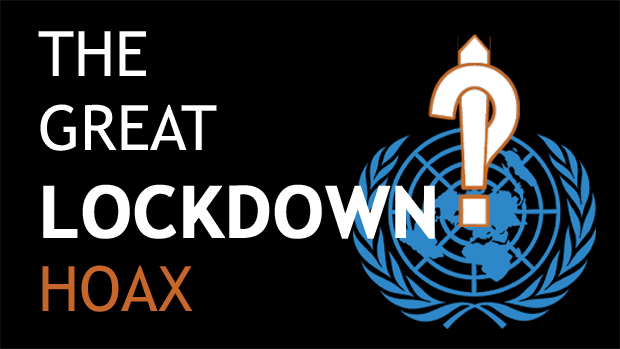 The UK Government now states the lockdown would only be lifted if they can be sure that NHS hospitals would not be overwhelmed in the future. It appears the UK Government will be seeking the services of a psychic. Will they replace Boris with Doris to see into the future?

Looking around the world different countries have a different approach to dealing with the virus. Liberal Sweden has had no lockdown and limited social distancing, which has resulted in less cases and less deaths per head of the population. Meanwhile Brits are prisoners in our own homes because our government scientists have a different opinion than the government scientists of others countries. The UK Government has now stopped comparing international figures as the UK has the fourth worst death toll in the world.

One SARS-CoV-2 study came to the conclusion that we Brits have a 30% chance of dying if we ended up in a British hospital, which is the same mortality rate as a West African Ebola patient in 2014. Envy of the world? I don’t think so. The people running the NHS are a national disgrace.

One of the more disturbing aspects of the lockdown is that the UK Government are deliberately using the media to spread unnecessary fear throughout the population. This unnecessary fear has lead to people putting off visiting their GPs or local hospital. Looking at the figures put out by the ONS this has lead to at least 16,000 excess deaths. The SARS-CoV-2 death figures themselves are questionable with many people reporting CoVID19 being added to death certificates without any good reason.

The good news is that SARS-CoV-2 is treatable. The bad news is that many negative articles were written by many media outlets putting down the efficacy of one of the drugs involved because some important orange bloke in the US mentioned it in a press conference. The drug was known about in 2003. Familiar? Wondering where this TV show got its script? The original SARS-CoV outbreak in 2002 of course. Did the NHS have this drug listed to treat SARS-CoV? If not, why not?

While we’re all talking about the lockdown and the virus, UK Government officials are secretly planning a “re-purposing” of government and working out what they want the “new normal” to be, according to documents leaked to UK Column, an independent UK news outlet. All this is all being done without any Parliamentary oversight. I don’t recall any “re-purposing” of government written in the Conservative Party manifesto.

So what is the point of this article? It is to bring your attention to the video below. It features eminent microbiologist Professor Dolores Cahill being interviewed by Dave Cullen. Professor Cahill states much of what we’re doing to combat the virus is totally counterproductive and dispels some myths about the virus.

MUST WATCH: Debunking the Narrative (With Prof. Dolores Cahill) has since been removed by YouTube because they censor anyone who posts information which conflicts with information put out by the World Heath Organisation. Originally, the WHO put out information there was no human to human transmission for this virus. The video is still available on BitChute.

So how will the UK’s lockdown story end? Will we end up living in the planned authoritarian state where we are constantly under surveillance, with mandatory vaccinations and an implanted biometric passport just so we can go on a foreign holiday? That, dear reader, is up to you. So open your businesses, get back to work and lets back to the old normal before it is gone for good.