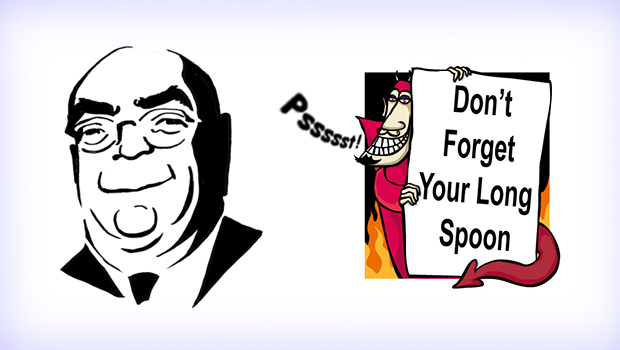 A Letter to the Editor from published author and analyst, Mr Anthony McKintyre GREEN of Filey, a former Officer of Scarborough Borough Council, who writes in response to the Enquirer report on Conservative MP Kevin HOLLINRAKE’s overt promotion of supposedly ‘independent’ Independent (i.e. not a member of the Independent Group), Councillor Mike COCKERILL, the Portfolio Holder for Major Projects. The Enquirer, incidentally, is aware of a Formal Complaint against Councillor COCKERILL in regard to an electoral indiscretion. More on that in due course.

As you know, I have written to you before regarding my concern about faith being lost in local democracy by those Councillors who fall short in the delivery of the functions of their posts – or are perceived to do so.

The central part of my argument is:

It is all about basic confidence in local democracy.

I have read your piece entitled “Closet Tory’s Hypocrisy – or MP’s Dilemma?” with great interest, and with some concern. Within it, I find some previously unknown information, and perhaps some disturbing information regarding Scarborough Borough Councillor and Cabinet Portfolio Holder Mike Cockerill.

As is known, and now published, Councillor Cockerill flies the ‘Independent’ flag and has been voted on by many who support this. However, if the information in your piece is correct, it seems that he is heavily supported by the Conservative Party. As the local elections are due soon, it raises an important point.

This point relates to a basic honesty and trust with the electorate – something that all Councillors and minor politicians such as Cllr Cockerill should adhere to.

Your article has in effect ‘outed’ him, to use a commonly used term. Under normal circumstances this would be unimportant. An individual’s affiliations and associations are of little concern to anyone else, but when they are duly elected as SERVANTS of the public, this changes. As Councillor Cockerill now appears to be sponsored  by the Conservatives (is that the correct evaluation?), then it would seem that he is closely allied with them. More closely allied than was previously thought.

1)  If he is elected under the Independent flag and continues to conduct his public servant’s duties under that flag, then this is will be seen to be correct.

2)  However, if elected under the Independent flag and then he formally changes over to the Conservatives to avail himself of their backing, then this is an entirely different matter, seeing as you have alerted the electorate to his current associations with them. This, in my opinion, would be a very dishonest and devious thing to do, and would break faith with some of his supporters.

3) If I wanted to vote Tory I would do so and vote for a Tory candidate, and most certainly not for a suspected Trojan horse or their glove puppet.

To be sure, a deal with the Tories will require a return for their support. Doing a deal with the devil requires supping with a long spoon, and I suspect that Cllr Cockerill’s spoon may not be long enough. Most certainly they will have their ducks in a row on this matter, and I just wonder what they will want in the way of support from him.

This brings a new dimension to the definition of the word ‘Independent’ where Cllr Cockerill is involved – truly independent? Really? People are not stupid and will apply their own judgment in the light of your revelations.

When he was elected to the Filey Town Council and the Scarborough Borough Council the last time, I advised him that a man cannot serve two masters. In the event, he resigned from the Filey Town Council. As he has put his name forward and is elected once more as an Independent candidate, I will wait and see which horse he rides.

Thankfully as a minor politician, he is not entrusted with matters of national interest. Some people you trust with other people’s plastic buckets and some you do not. In addition, the reportage in the NYE regarding his dealings as a Councillor are somewhat unnerving.

Needless to say, I will not be voting for him.

I await developments with interest.